A newlywed couple spent the first day of their dream honeymoon in Hawaii in a detention facility – ‘because the groom is Muslim.’ Natasha Politakis, 29, and Ali Gul, 32, forked out £7,000 for a dream trip to LA, Hawaii and Las Vegas but were locked up inside an immigration detention at LAX airport, Los […] 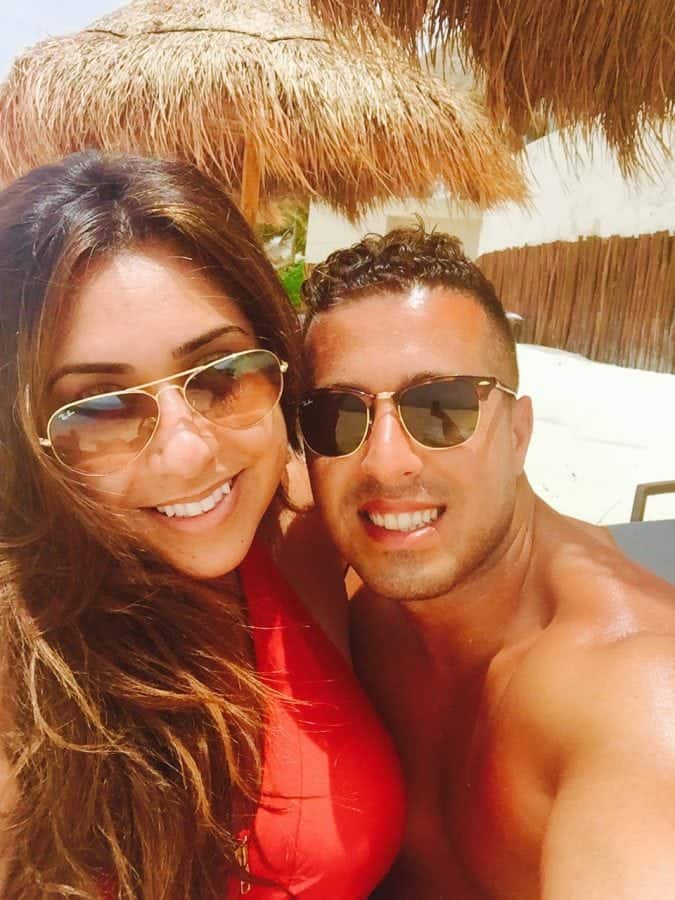 A newlywed couple spent the first day of their dream honeymoon in Hawaii in a detention facility – ‘because the groom is Muslim.’

Natasha Politakis, 29, and Ali Gul, 32, forked out £7,000 for a dream trip to LA, Hawaii and Las Vegas but were locked up inside an immigration detention at LAX airport, Los Angeles – for 26 hours and were not allowed to proceed to Hawaii or Las Vegas.

The couple, who were treated “like criminals” say they were never told why they were refused entry but suspect it is because of Ali’s Turkish origin.

When they arrived for the first day of their dream trip in Los Angeles they were told they would need to be interviewed for ‘five minutes’ but were detained for 26 hours – before being flown back to England.

Natasha said: “I am in utter shock that this has happened.

“We had just got married, we were on our way to our honeymoon as excited as anything and never expected that we would be deported.

“We were treated like criminals and we had all the relevant documentation and answered all their questions.

“As far as we knew before we left everything was fine, but as soon as we got there they wouldn’t let us in.

“We believe since Trump was elected, they took one look at his name, thought he was Muslim and didn’t let him in.

“We are so shocked at how we were treated.” The couple were refused a shower and had their possessions confiscated for the entire period of their detention and were only given their phones back once they were on UK soil.

When they tried to find out why they were detained, authorities handcuffed them before escorting them onto a flight back to London.

Natasha said: “As we were going through immigration in LA, they looked at our passports and asked us to go into a side room to answer some questions.

“They stuck us in this detention centre in the airport, stripped us of all our possessions and didn’t let us shower, get a coffee or change our clothes for 26 hours.

“We had absolutely no idea what was going on. When I tried to find out they put handcuffs on us.

“After 26 hours they refused us entry into the country and escorted us onto the next flight home.

“They even told the air stewardess we weren’t allowed our phones back until we landed in the UK.

“Finally when we landed back in the UK on the May 24 we were allowed to speak to our families and they were in absolute hysterics having not heard from us in two days.”

The couple from Enfield, north London, had two weddings earlier this year, a registrar wedding in April for Ali’s Turkish family and then a big church wedding with a reception at the Mariott on May 6.

Two weeks later they jet off on their honeymoon and now have stamps in their visa stating they were “refused in accordance with INA section 217”.

Ali, an estate agent, holds a British passport but his business partner attempted to apply for eight Estas, American tourist visas, for his stag-do but all were rejected.

He said: “My business partner and mates wanted to go to Vegas for my stag do so applied for a group-Esta booking.

“All of them were rejected and we were told we had to individually have appointments to appeal.

“On the 1st of February I went in and spent seven hours running through our plans to get to the country.

“In March they said that I had been approved and I needed to bring my passport in to get stamped, and then at the beginning of April I’d been given a ten year visa.

“I didn’t ask for the ten-year visa, I just wanted to go on this holiday but I assumed it was the right one.”

The pair have been left £7,000 out of pocket for a honeymoon they were never allowed on and were told if they wanted to complain they would have to contact the US Embassy, but have struggled to get an appointment.

Natasha, who managed to book a last minute holiday to Mexico, said: “We’re trying to get the money back through our insurance but it never should have happened in the first place.

“All we want is answers as to why our entire trip was ruined.”