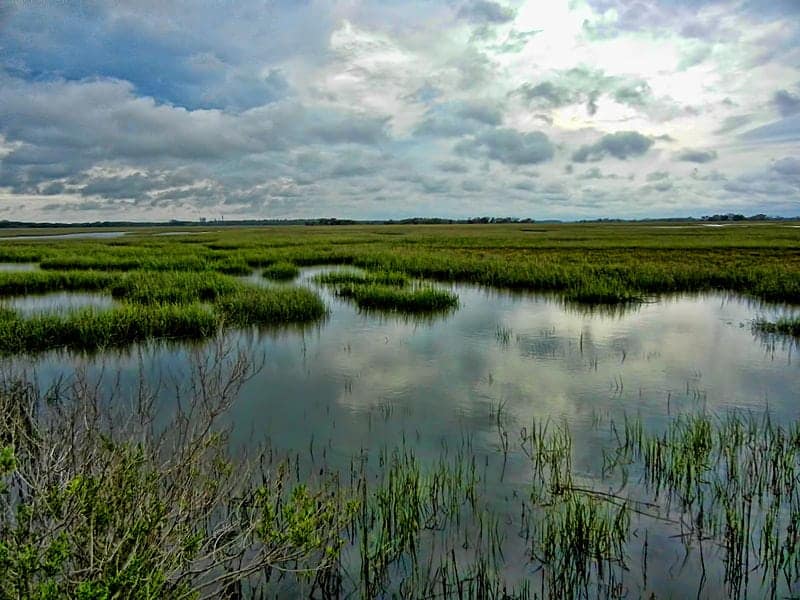 Britain’s salt marshes could disappear within 80 years if greenhouse gases are not tackled, wanrs new research.

And the vital ecological coastal areas in southern and eastern England face a high risk of loss by 2040.

The stark warning was made after scientists for the first time estimated salt-marsh vulnerability using the geological record of past losses in response to sea-level change.

Professor Robert Kopp, of the Department of Earth and Planetary Sciences at Rutgers-New Brunswick, said: “By 2100, if we continue upon a high-emissions trajectory, essentially all British salt marshes will face a high risk of loss.

“They act as a buffer against coastal storms to protect the mainland and a filter for pollutants to decontaminate our fresh water.

“Salt marshes are important transitional habitats between the ocean and the land, and a nursery area for fish, crustacea, and insects.

“The take-home point from this paper is how quickly we are going to lose these ecologically and economically important coastal areas in the 21st century.”

The study published in the journal Nature Communications found that rising sea levels in the past led to increased waterlogging of the salt marshes in the region, killing the vegetation that protects them from erosion.

The study is based on data from 800 salt-marsh soil cores.

And while the study looked at UK salt marshes, the counterpart in tropical environments such as Singapore are mangroves, which are just as vulnerable to sea-level rise as salt marshes.

Prof Horton added: “What is unknown is the tipping point that will cause a disintegration of mangroves to Singapore and elsewhere in Southeast Asia.

“We are currently collecting data to address the future vulnerability of mangroves to sea-level rise.”