The arresting images were captured by the Mara River in Kenya as a Zebra herd attempted to cross the water. 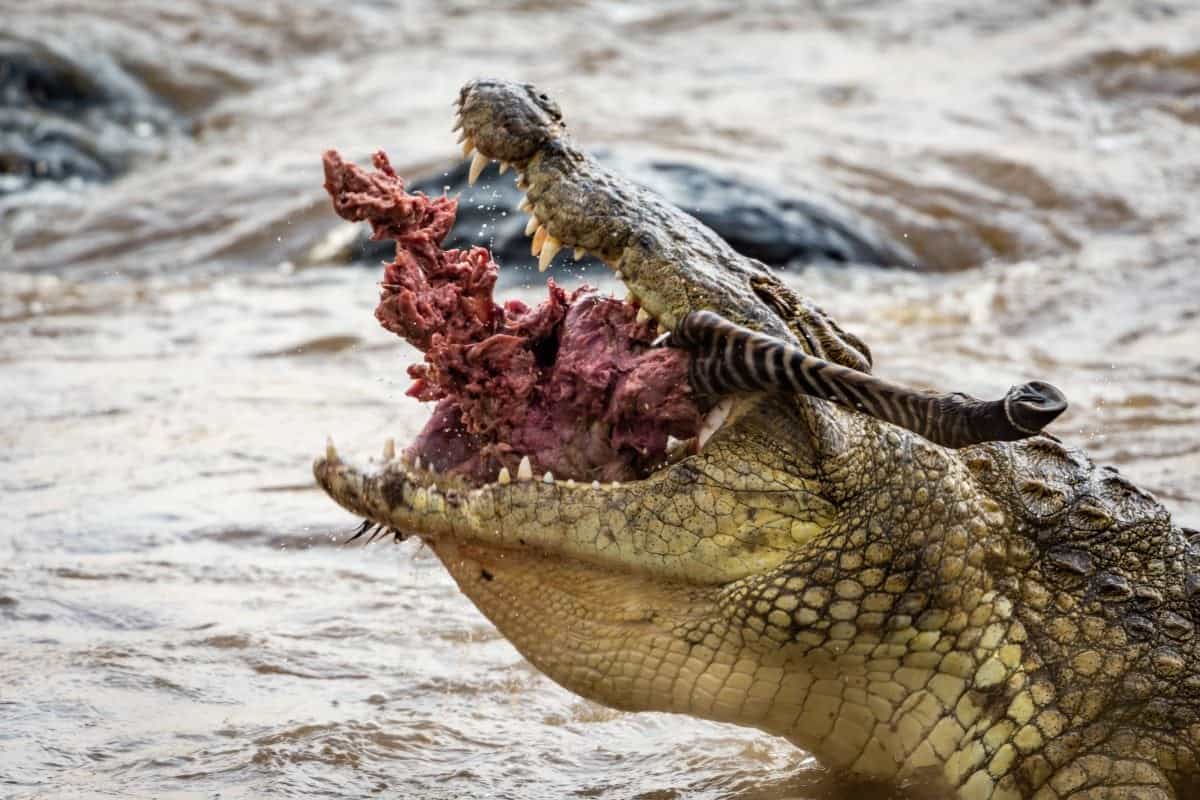 These gruesome pictures capture the moment a giant crocodile clamps down on a young zebra foal trying to cross a river – and then tears it apart.

The unflinching portrayal of nature was captured on the banks of the Mara River in Kenya as a huge herd of the animals attempted to pass through the treacherous waters.

The 245-mile waterway flows from the country’s highlands down into Lake Victoria, passing through the vast grasslands of the Maasai Mara National Reserve. 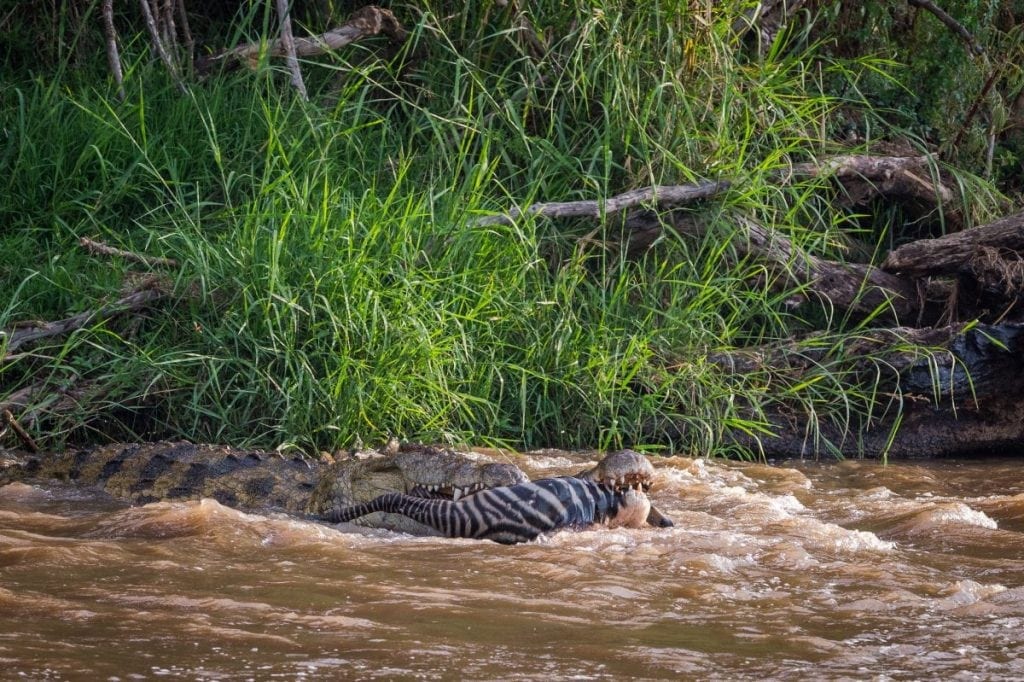 German wildlife photographer Ingo Gerlach, 65, had been waiting at the water’s edge for the zebras in August last year.

The herd crossed the expanse of water quickly and seemed to have reached the opposite shore without any problems.

But then Gerlach noticed that a massive crocodile had pulled a zebra foal under the water and swum away. 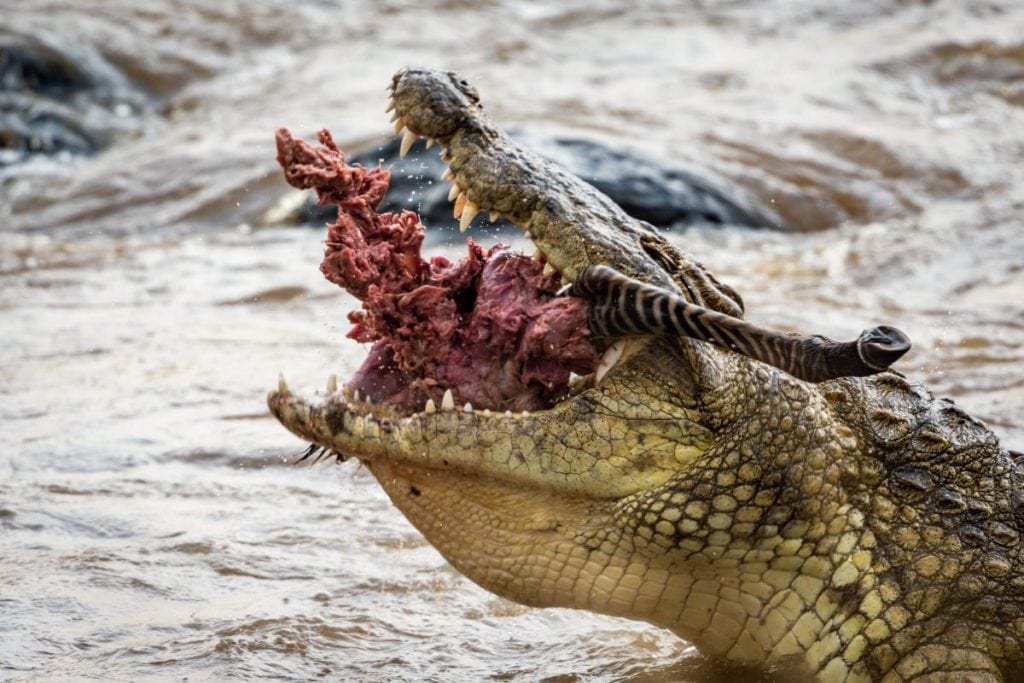 He said: “The crocodiles are very brutal. The body of the dead zebra foal is torn apart with extreme force.

“Crocodiles can’t bite pieces of meat off their victims. All they can do is tear it down and then gobble it up.”

The graphic images show the small zebra being dragged under the surface of the water by the reptile.

Later, a lone striped leg can be seen hanging from the predator’s mouth as it swallows lumps of its prey’s flesh.

Ingo added: “This was a relatively long feeding process that also attracted other crocodiles. 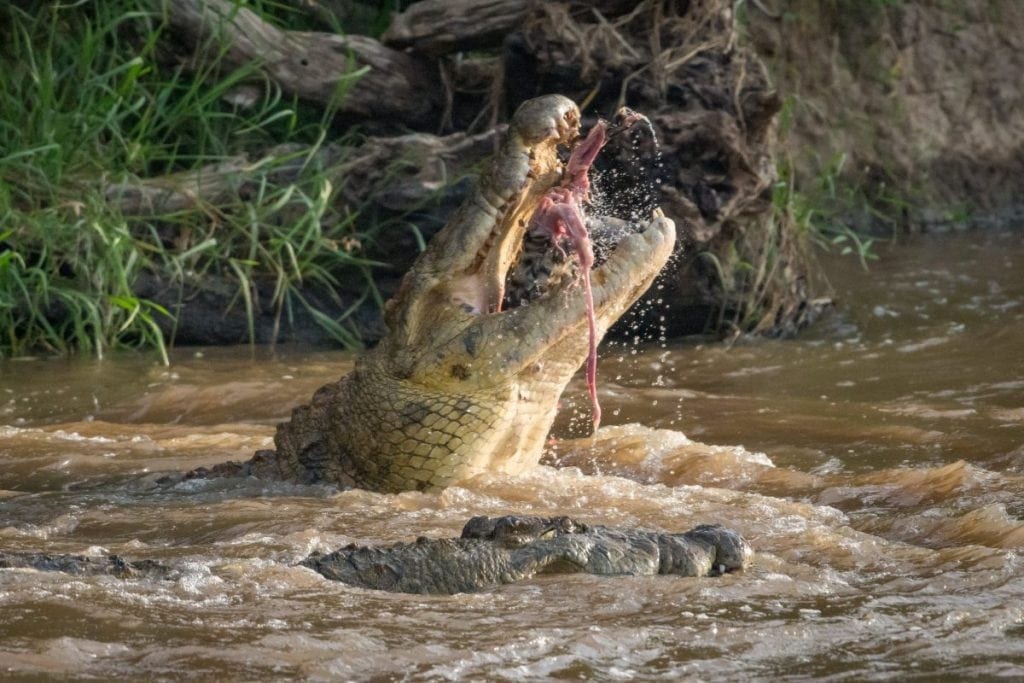 “However, the predator was quite a strong animal, so that the other crocodiles did not get a bite.

“After about an hour, nothing was left of the zebra.”

The 583-square mile Maasai Mara National Reserve is internationally renowned for the abundance of its wildlife. 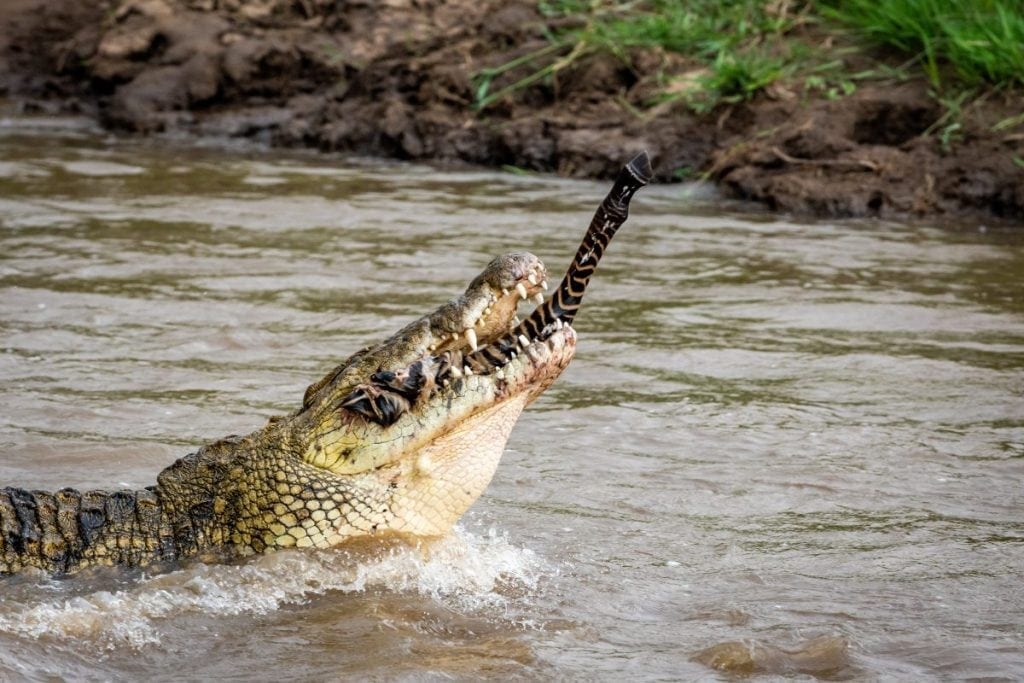 Wildlife enthusiasts from around the world flock to the protected area to see the ‘Big Five’ animals – the lion, leopard, African elephant, cape buffalo, and black rhinoceros.