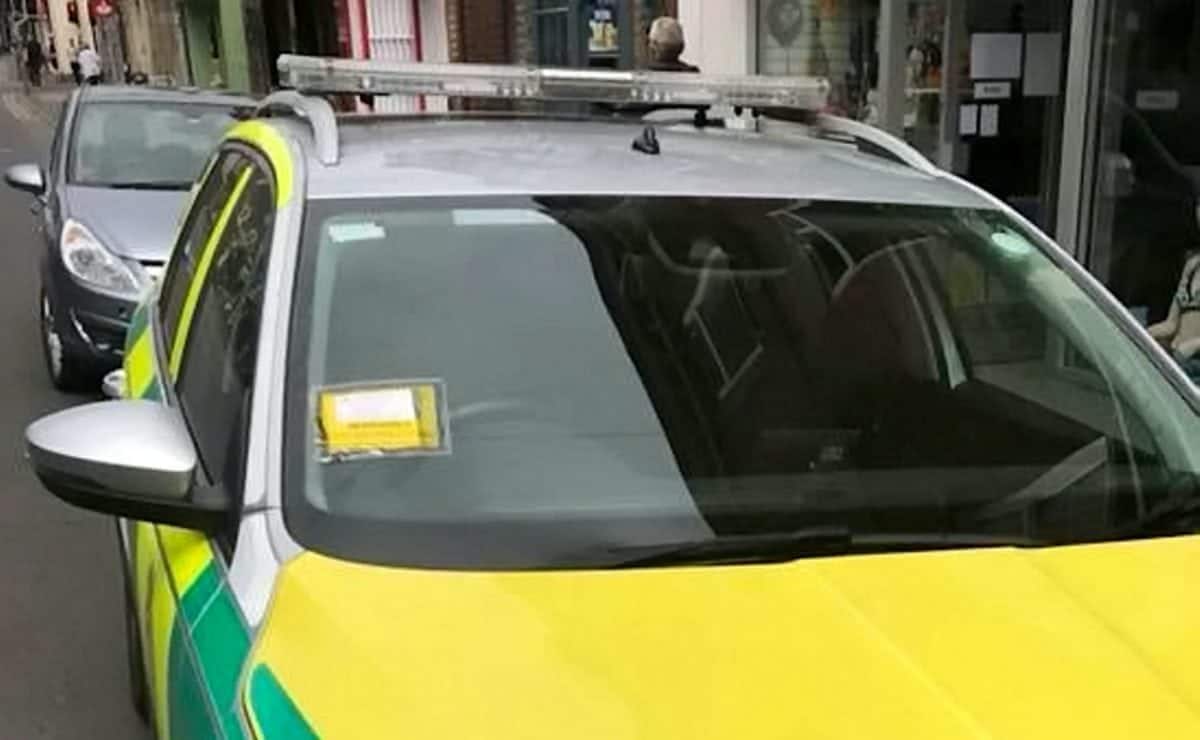 A traffic warden has sparked outrage after dishing out a parking ticket to a rapid response vehicle — as paramedics left it unattended to take a patient to hospital.

Stunned shoppers looked on in disbelief after the overzealous female warden slapped the fine on the emergency vehicle’s windscreen yesterday (Weds) afternoon.

The ambulance was parked on double yellow lines near to a Thomas Cook branch in Driffield, East Yorks.

But it had been left parked for two hours while paramedics accompanied the patient to hospital.

Eye-witnesses confronted the parking attendant while she was issuing the ticket but were told “he will have to appeal it”.

The shocking display happened around lunchtime along the high street and mum-of-three Emily Dean, 27, caught the incident on camera.

Emily, who was shopping with her mum and auntie when she spotted several people huddling around the attendant, said: “I was quite shocked, you don’t expect to see an ambulance with a ticket on the windscreen.

“A few people were trying to tell the parking attendant that the paramedic had gone off in an ambulance. They said he will have to appeal it.

“We were watching her do it, the ambulance had been parked there for a couple of hours.

“I don’t understand what has made her do it, what has gone through her head?”

The parking ticket included a fine of between 25 and 35 pounds if paid within 14 days – increasing to between 50 and 70 pounds after that time frame.

However, East Riding of Yorkshire Council has since revoked the ticket after liaising with Yorkshire Ambulance Service NHS Trust.

A spokesman for East Riding of Yorkshire Council said: “We have spoken to the Yorkshire Ambulance Trust and understand the ambulance vehicle had been left parked for about two hours while the paramedic accompanied a patient to hospital.

“We are pleased to say we’ve been able to resolve this matter quickly.”

A Yorkshire Ambulance Service NHS Trust spokesperson said: We can confirm that one of our paramedics left his rapid response vehicle parked in Driffield yesterday while he accompanied a poorly patient to hospital on an ambulance with colleagues.

“We understand that the parking ticket issued will be waived by East Riding of Yorkshire
Council due to these circumstances and we are grateful to the authority for doing so.”