Britain’s biggest fatberg weighing a whopping 130-tonnes is to be transformed into eco-friendly fuel – powering 350 double-decker buses for a entire day. The 250 metre-long congealed mass of fat, oil, gress wet wipes and nappies has been slowly been plugging Victorian sewers for years. Britain’s biggest fatberg, which is more than twice the length […] 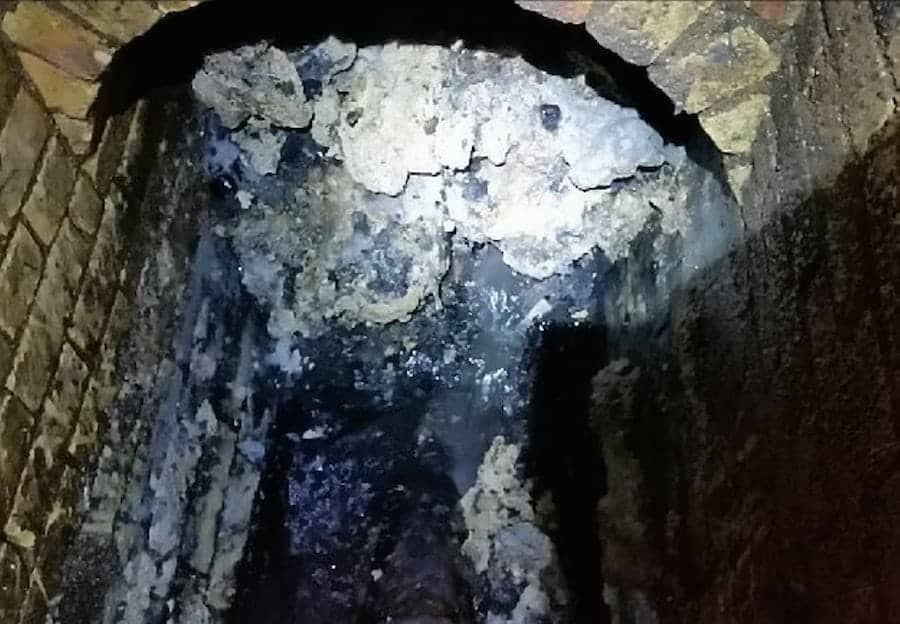 Britain’s biggest fatberg weighing a whopping 130-tonnes is to be transformed into eco-friendly fuel – powering 350 double-decker buses for a entire day.

The 250 metre-long congealed mass of fat, oil, gress wet wipes and nappies has been slowly been plugging Victorian sewers for years.

Britain’s biggest fatberg, which is more than twice the length of two football pitches, took an eight-strong crew using high-powered jet hoses to break up and dislodge the mass.

The team has now transferred the fatberg to a specialist plant where it will be processed with other fats and greases and transformed into a biodiesel.

But unflushable elements including baby wipes, condoms and sanitary products, in the ugly mass found beneath the streets of Whitechapel, east London, will be disposed of.

Alex Saunders, Thames Water waste network manager, said: “It may be a monster, but the Whitechapel fatberg deserves a second chance.

“We’ve therefore teamed up with leading waste to power firm Argent Energy to transform what was once an evil, gut-wrenching, rancid blob into pure green fuel.

“It’s the perfect solution for the environment and our customers as we work towards our target to self-generate 33 per cent of the electricity we use from renewable sources by 2020.

“It also means the Whitechapel fatberg will get a new lease of life as renewable, biodegradable fuel powering an engine instead of causing the misery of sewer flooding.”

CCTV camera inspections showed the 47 inch high by 27 in wide sewer 11.5 feet below the ground to be totally blocked by the fatberg.

Thames Water spends around £1 million a month clearing blockages from its sewers and found a huge fatberg – Britain’s biggest until now – in Kingston-Upon-Thames, south west London, in 2013.

Alex added: “We have a problem with fatbergs, both in sewer networks and at our sewage treatment works.

“Previously, we’ve either extracted the fatberg out of the pipes and sent it to landfill, or broken it down and put it back through the sewage treatment process.

“Even though they are our worst enemy, and we want them dead completely, bringing fatbergs back to life when we do find them in the form of biodiesel is a far better solution for everyone.”