Scotland is set to lose its longest-lasting patch of snow this weekend for the first time in over a decade — an event which has happened only six times in the past 300 years. The patch at Garbh Choire Mor on Braeriach in the Cairngorms, nicknamed the Sphinx, may be gone as soon as this […] 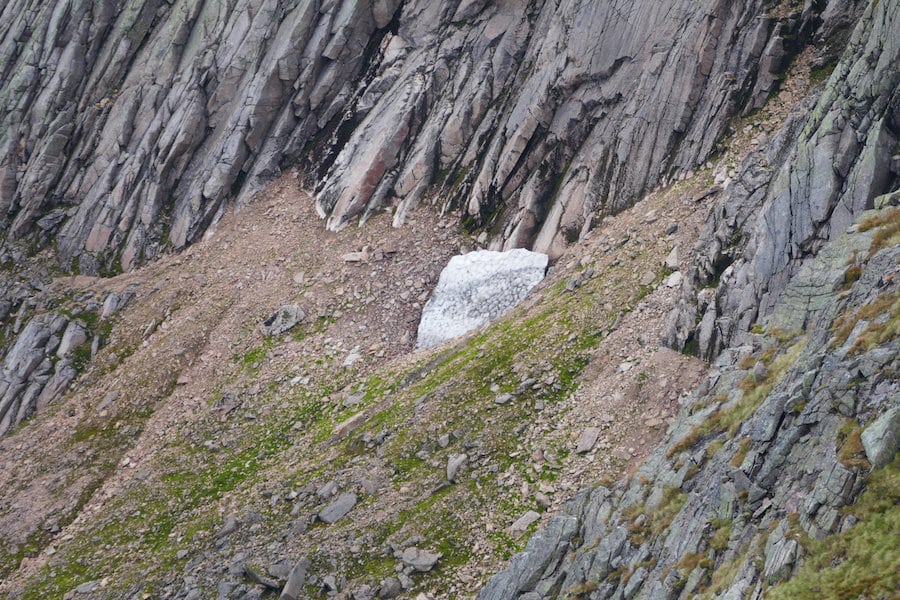 Scotland is set to lose its longest-lasting patch of snow this weekend for the first time in over a decade — an event which has happened only six times in the past 300 years.

The patch at Garbh Choire Mor on Braeriach in the Cairngorms, nicknamed the Sphinx, may be gone as soon as this weekend.

Iain Cameron, 44, monitors snow patches across Britain as a hobby and his findings are published by the Royal Meteorological Society.

Iain, a Stirling-based ‘snow patcher’, said: “It’s always disappointing when they do eventually melt but it’s just one of those things.

“We’ll just have to wait until next year to see them again.”

Cameron discovered his love for monitoring snow patches aged 9 when he noticed a patch of snow in Loch Lomond during the summer.

He works as a health and safety manager for an aerospace company in Edinburgh and does all of his snow patch monitoring work for free.

This weekend, Cameron will travel up to see the Sphinx as it melts in the hopes of catching it happen, something that has never been chronicled before.

A second patch of snow, which Cameron also believes will melt this weekend, lies 3,133 ft up at Aonach Beag.