A British court on Thursday ruled that the British government had acted unlawfully in allowing arms exports to Saudi Arabia that might have been used in the conflict in Yemen. “The Court of Appeal has concluded that the process of decision-making by the government was wrong in law in one significant respect,” judge said as […] 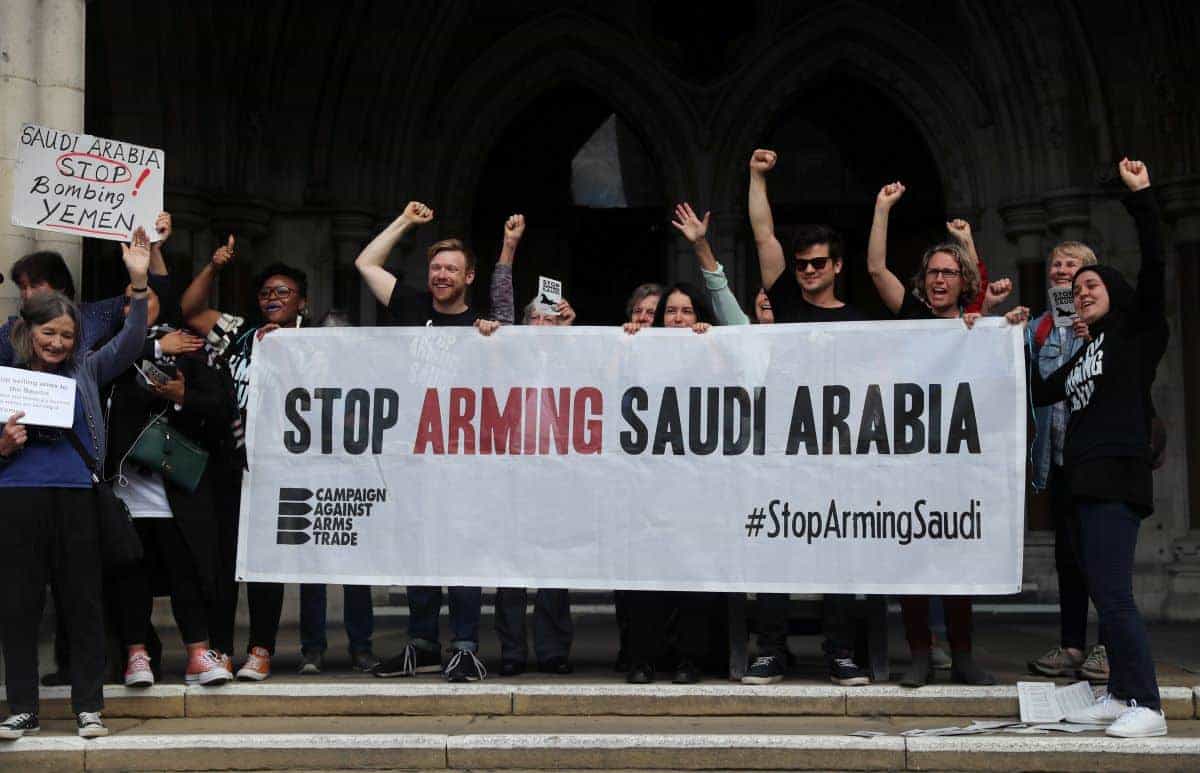 A British court on Thursday ruled that the British government had acted unlawfully in allowing arms exports to Saudi Arabia that might have been used in the conflict in Yemen.

“The Court of Appeal has concluded that the process of decision-making by the government was wrong in law in one significant respect,” judge said as he handed down the ruling.

He added that the government made “no concluded assessments of whether the Saudi-led coalition had committed violations of international humanitarian law in the past, during the Yemen conflict.”

“The decision of the court today does not mean that licenses to export arms to Saudi Arabia must immediately be suspended,” he said.

“It does mean that the UK government must reconsider the matter, must make the necessary assessments about past episodes of concern, allowing for the fact that, in some cases, it will not be possible to reach a conclusion.”

The UN World Food Programme has warned that 10 million Yemenis are “one step away from famine.”

The case was brought by the Campaign Against the Arms Trade against the British government.

The Saudi military is waging a war in Yemen which has killed tens of thousands of people and created the worst humanitarian crisis in the world.

Campaign Against Arms Trade (CAAT) appealed against a judgment by the High Court on 10 July 2017 which ruled that the granting of licences for the export of arms from the UK to Saudi Arabia is lawful, despite global concern that these weapons could be used to commit serious violations of international humanitarian law.

Lawyers Leigh Day, representing CAAT, argued that the decision to grant the licences is unlawful as it is in breach of the UK arms export policy, which clearly states the government must deny such licences if there is a ‘clear risk’ arms ‘might’ be used in ‘a serious violation of International Humanitarian Law’.

The judicial review brought against the Secretary of State for International Trade, Liam Fox MP, over his decision to allow these export licences to be granted, follows serious allegations that Saudi forces might have used UK arms in serious violations of international humanitarian law during their ongoing bombardment of Yemen. A range of international organisations including a UN Expert Panel, the European Parliament and many humanitarian NGOs, have condemned the ongoing Saudi air strikes against Yemen as unlawful.

UK government statistics show that since the bombardment began in 2015, the UK has licensed £4.7 billion worth of arms to Saudi Arabia, including:

In reality the figures could be a great deal higher, with most bombs and missiles being licensed via the opaque and secretive Open Licence system.

The verdict follows a three-day hearing in the Court of Appeal, which took place between 9 and 11 April 2019. Half of the hearings were conducted in ‘closed sessions.’ Neither the claimant nor their lawyers were able to be present for these ‘closed’ sessions.

Andrew Smith of Campaign Against Arms Trade said: “UK-made weapons have played a central role in the four-year Saudi-led bombardment of Yemen. The results have been catastrophic, with tens of thousands of people killed and vital infrastructure destroyed. We believe that these arms sales are immoral.”

As well as the war in Yemen and blockade that imperils millions of civilian lives, the Saudi regime has reportedly detained eight people over their links to women’s rights activists. Those arrested are said to include writers and a pregnant woman. The arrests are said to be the first sweep of targeted arrests since the murder of Jamal Khashoggi in 2018 which the UN Special Rapporteur on extrajudicial, summary or arbitrary executions linked to the Crown Prince.