Sheila Williams, 56, was waiting behind a Jeep at a junction when she suddenly pulled out in front of a lorry leaving her two passengers severely injured 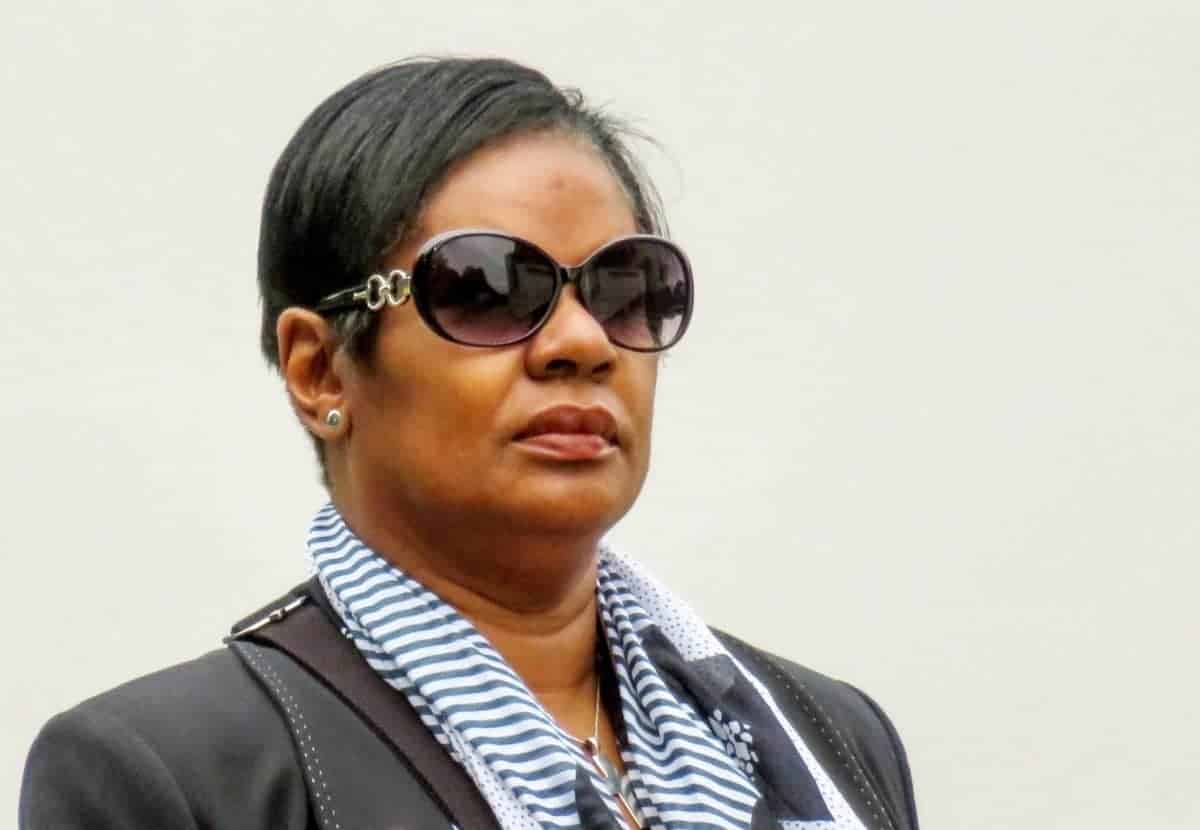 An impatient driver who caused a crash which left a schoolgirl wheelchair bound and another passenger with a broken back was spared jail – after a judge said she was a “thoroughly decent person”.

Sheila Williams, 56, overtook a “dithering” Jeep driver and pulled out onto a junction moments before her Nissan Micra was hit by a speeding lorry.

She escaped unharmed but the crash left her passengers, Devenia McClean and an 11-year-old girl, with devastating injuries.

Mrs McClean suffered a broken spine, smashed ribs, a broken shoulder and jaw as well as multiple internal injuries including lacerations to her liver and a kidney.

The girl suffered head and back injuries and is forced to use a wheelchair when going long distances.

She was handed a 12-month suspended sentence, 150 hours unpaid work and ordered to pay £1,200 costs.

She was also banned from driving for three years.

Judge Peter Cooke said: “If one pulls out from a minor road onto a major road, one is creating a risk to other road-users.

“She had felt perhaps understandable irritation at the dithering of the Jeep driver, but that what it led her to do has had frightful consequences.

“She went round that car to its nearside, and set it up as something of an impediment to her vision up the road.

“Whether she didn’t look at all, or whether she looked in the most cursory fashion, we will never know – but what was there was plainly to be seen, an HGV lorry bearing down on her.

“There is no excuse for failing to see it.

“This was a gross lapse from the standards of care required when we venture out onto the public roads.”

Addressing Mrs McClean’s injuries, the judge added: “She is struggling with admirable courage to deal with the hand life has dealt her.

“Although Sheila Williams was the driver and the author of everyone’s misfortunes, she is, let us not forget, a thoroughly decent person.

“The very last thing on her mind was that any of them would not return home safely that day.

“She has been haunted by recurring thoughts of what she did and its consequences.”

Williams crashed into the lorry after pulling out onto the busy A5 near Catthorpe, Warks., in October 28, 2017.

She had agreed to give her friend’s daughter and a young girl a lift when the crash happened.

As they approached the junction there was a silver-coloured Jeep or SUV waiting to make a right turn.

Prosecutor Sharon Bahia said Williams became frustrated at the time it was taking that driver to pull out, before undercutting it to turn left.

She said: “She either entered the carriageway without looking or, if she did look, she didn’t look sufficiently well to see an HGV.”

Nicholas Syfret QC, defending, said: “This was, ironically and very sadly, the consequence of an act of kindness by Mrs Williams.

“In the course of that short journey she made a serious but very brief misjudgement based on a failure to make a proper observation or an error in assessing distance and speed.”