Brexit may not have happened if Britons were brighter because not enough people grew up with access to higher education, according to new research.

With education the predominant factor dividing those who voted Remain or Leave, researchers from the University of Leicester reckon greater access to higher education may have reversed the result of the 2016 referendum.

The paper, published in the journal World Development, suggests that greater access to higher and further education can produce different political outcomes.

They reckon this was demonstrated by the 2017 General Election, where it can be argued that voting populations with a higher education had a decisive effect on the result.

They think an increase of about three per cent British adults accessing to higher education in England and Wales could have reversed the referendum result, and a decrease of about seven per cent in turnout could have changed the result. 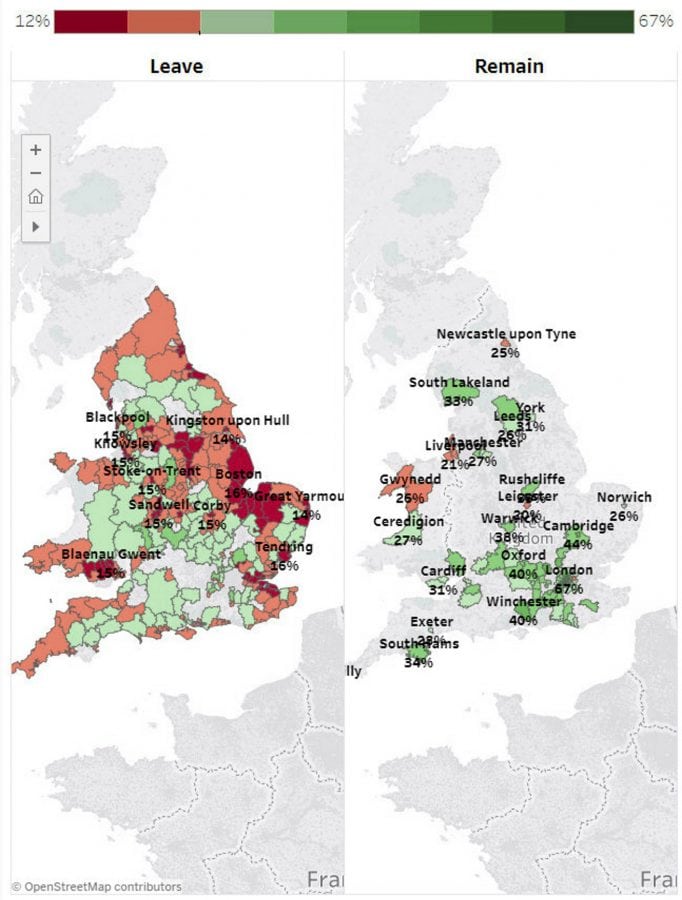 The team also think the influence of elderly voters, although having an effect on the outcome, was generally over reported as a dominant factor;

Dr Aihua Zhang, from the University of Leicester’s Department of Mathematics, said: “The EU referendum raised significant debate and speculation of the intention of the electorate and its motivations in voting.

“Much of this debate was informed by simple data analysis examining individual factors, in isolation, and using opinion polling data.

“This, in the case of the EU referendum where multiple factors influence the decision simultaneously, failed to predict the eventual outcome.

“On June 23rd 2016, Britain’s vote to leave the EU came as a surprise to most observers, with a bigger voter turnout – 72.2 per cent – than that of any UK general election in the past decade.”