Boris Johnson, Michael Gove and the Vote Leave campaign claimed fuel bills would be lower for everyone following Brexit. Instead, bills have risen exponentially. 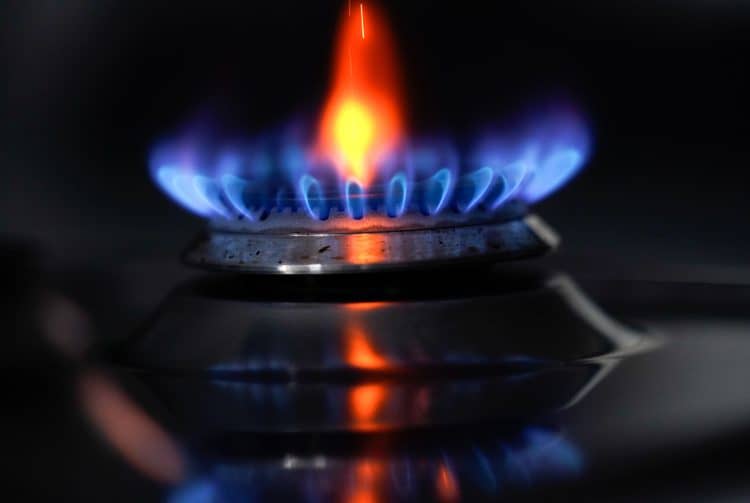 It is not possible to “completely nullify” the pressures on energy prices, a Cabinet minister has said, as demonstrators gather across the country over the cost-of-living crisis.

It comes as a group claims that Brexit is partly to blame for the rise in energy prices.

But Northern Ireland Secretary Brandon Lewis said the Government is “looking… across the board at what we’re doing with the public’s money”, and will “put in the support that we can, as and when we can” to ease the sting of rising prices.

The People’s Assembly said it expects thousands of protesters to take to the streets in dozens of locations throughout the UK to highlight those suffering “real hardships” due to the combination of a hike in fuel and food costs, inflation and low pay.

Unions have complained that Chancellor Rishi Sunak’s spring statement last week did nothing to allay fears about soaring fuel bills and rising inflation, with the TUC calling for an emergency budget to help families.

The lifting of the energy price cap on Friday will create an “impossible choice for many”, to eat or heat, said the People’s Assembly.

Speaking to Sky News, Mr Lewis said the Government cannot “completely nullify” the impacts of global pressure on energy prices, but ministers will put in supportive measures where possible.

“I know, even this week, where I live we’re on oil-fired heating, I’ve seen that change directly in the price of oil – and actually the ability to get it,” he said.

The UK’s decision to wrench itself out of common European energy trading arrangements as part of Brexit is partly to blame for today’s huge hike in energy bills, the Rejoin EU Party says.

The trade deal agreed by the UK and EU excludes Great Britain from the EU’s Internal Energy Market, leaving it relying on less efficient and more costly cross-border electricity trading arrangements than those available to EU member states.

The UK has lost much of its control of prices by surrendering its ability to take part in European-level energy auctions that decide the cost of fuel.

While Brexit is not the only factor responsible for the increases, it has removed a major lever available to the government to ease the burden.

Boris Johnson, Michael Gove and the Vote Leave campaign claimed fuel bills would be lower for everyone following Brexit. Instead, bills have risen exponentially.

Meanwhile, the EU’s recently announced deal with the US to import an extra 15bn cubic metres of US liquefied natural gas this year will help reduce European reliance on Russian gas imports but excludes the UK due to Brexit, removing a means to increase UK energy security at a time when Vladimir Putin is using energy as a bargaining chip in his invasion of Ukraine.

John Stevens, former Conservative MEP and energy investor and now supporter of the Rejoin EU Party, said: “Brexit has excluded the UK from joint EU energy policy and from the recent deal between the EU and the US on liquefied natural gas imports.

“Taken together, this means UK energy prices will be higher than in the EU, with all which that implies for our prosperity.

“It also means the cause of independence in Scotland will be substantially strengthened, as England will become more dependent on Scottish energy sources – both carbon and renewable – than at any time since the heyday of North Sea oil. To keep the lights on and the country together, we have to re-join the EU.”

Related: ‘What people are experiencing is intolerable:’ Protests take place across UK over cost-of-living crisis