It doesn't take long to connect the dots. Here's how Rishi Sunak's wife allegedly benefited from the UK's decision to pursue a Hard Brexit. 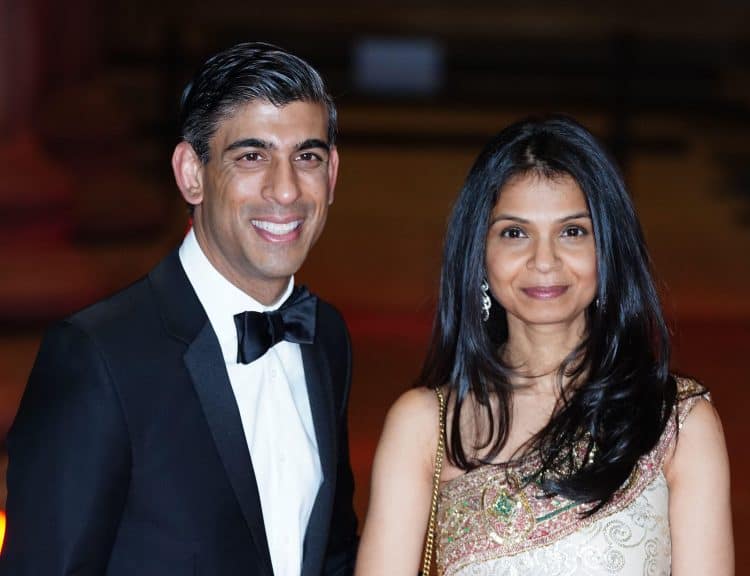 It’s fair to say the the Chancellor has endured an almighty fall from grace over the past few weeks – but we suppose that’s par for the course when you do little to help cushion the blow of a cost of living crisis, and your spouse’s questionable tax affairs come under scrutiny. In hindsight, it seems Rishi Sunak’s wife – Akshata Murthy – may have been a major beneficiary of Britain’s Hard Brexit.

Who is Rishi Sunak’s wife?

It was around five years ago that news of the EU’s proposed crackdown on tax avoidance schemes hit the headlines. In 2020, the bloc introduced a law clamping down on banks, accountants and law firms that facilitate offshore tax schemes, in order to minimise avoidance structures.

The law also takes ‘non-dom status’ into account. In the last few days, it has been revealed that Akshata Murthy used this loophole to avoid paying more tax in the UK, with some estimates saying that the scheme managed to save her £2.1 million each year.

Molly Scott Cato, who served as an MEP for the South West five years ago, explained that only a Hard Brexit could exempt Britain from complying with the EU’s tax rules. Sure enough, there was nothing ‘soft’ about the UK’s exit from the European Union.

“If we go for a softer Brexit, as now seems more likely, these tax rules would apply in the UK. We call on member states to adopt the proposal as soon as possible and to scale up resources in their tax administrations.”

So, with all that in mind, it perhaps becomes a little clearer why the likes of Rishi Sunak and his colleagues were all in favour of a tough, uncompromising exit strategy from the EU – something the former Director of Communications for Labour also picked up on…