“Allowing hunts to go ahead on public and Government-owned land is completely irresponsible, regardless of whether those taking part are the Prime Minister’s mates." 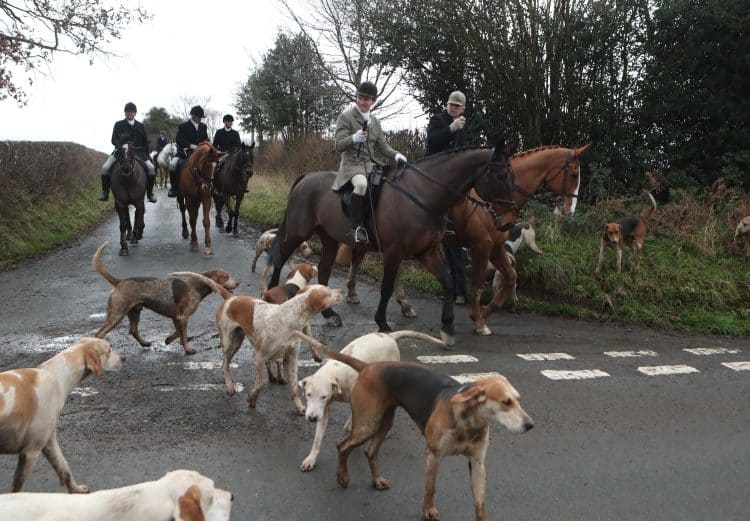 Trail hunting must be ended on public land over concerns the practice is being used as a cover for illegal fox hunting, ministers have been urged.

Both Labour and the League Against Cruel Sports criticised the Government for granting licences ahead of Boxing Day meets.

The majority of Boxing Day hunts are due to go ahead on 27 December because this year’s holiday falls on a Sunday, traditionally a day of rest for the hunting community.

Their calls came after a senior huntsman was convicted of urging people to use lawful trail hunting, in which a scent is laid for hounds to follow, as a “smokescreen” for illegally hunting foxes.

National Trust members have voted to halt the sport on the charity’s land over concerns it was being used as a cover, a move echoed by Natural Resources Wales.

But activists expect more than 240 hunting days will have taken place on land owned by the Ministry of Defence this year.

Labour’s shadow environment secretary Jim McMahon said: “Allowing hunts to go ahead on public and Government-owned land is completely irresponsible, regardless of whether those taking part are the Prime Minister’s mates.

“The Government must do more to close the loopholes that allow people to break the law and consign hunting to the history books, where the vast majority of us believe it belongs.”

Chris Luffingham, the director of external affairs at the League Against Cruel Sports, added: “It’s time all major landowners permanently banned trail hunting on their land and that the Government strengthens the Hunting Act to ensure its loopholes can no longer be exploited.”

Chris Luffingham also said: “The Countryside Alliance is either breathtaking in its arrogance or suffering from amnesia. Just two short months ago, one of hunting’s most senior people was found guilty of telling more than 100 huntsmen and women on each of two training webinars how to use trail hunting as a ‘smokescreen’, to use his words, for what the judge then described as ‘old-fashioned illegal hunting’.

In October, director of the Masters of Foxhounds Association Mark Hankinson was found guilty of intentionally encouraging huntsmen to use legal trail hunting as “a sham and a fiction” for the unlawful chasing and killing of animals during webinars.

National Trust members overwhelmingly voted to ban trail hunting on the charity’s land in England and Wales after the conviction at Westminster Magistrates’ Court.

The Welsh Government nature agency Natural Resources Wales, which looks after swathes of countryside and forests, also went on to ban trail hunting on its land.

The Hunting Act 2004 banned hunting wild mammals with dogs in England and Wales.

With hunts not traditionally meeting on Sundays, Boxing Day meets will instead be held this year on Monday.