"I think he has completely lost the plastic plot here, if I’m honest." 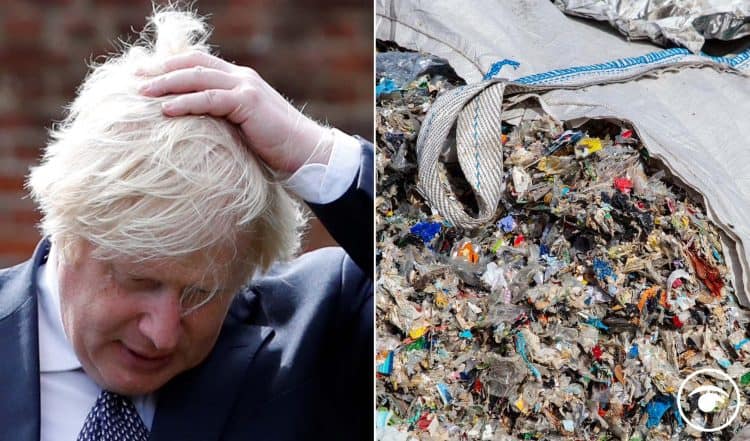 Boris Johnson has been accused of having “completely lost the plastic plot” after telling schoolchildren that recycling “doesn’t work” as a means to ease the climate crisis.

The Recycling Association reacted with astonishment at the Prime Minister’s remarks during a Downing Street press conference for pupils on Monday, saying they were “very disappointing”.

No 10 had to tell the public to continue recycling after Mr Johnson said “recycling isn’t the answer” and stressed the need to reduce the amount of plastic that is used.

“It doesn’t begin to address the problem. You can only recycle plastic a couple of times, really. What you’ve got to do is stop the production of plastic,” he said.

“The recycling thing is a red herring,” the Prime Minister added after naming and shaming Coca-Cola as being one of 12 corporations “producing the overwhelming bulk of the world’s plastics”.

Appearing alongside Mr Johnson, WWF UK’s chief executive Tanya Steele said: “We have to reduce, we have to reuse – I do think we need to do a little bit of recycling, PM, and have some system to do so.”

Simon Ellin, the chief executive of the Recycling Association trade body for independent waste paper processors and their equipment suppliers, was shocked at the remarks.

“’Wow’, I think is the first answer,” he told BBC Radio 4’s World at One programme.

“It’s very disappointing. I think he has completely lost the plastic plot here, if I’m honest.

“We need to reduce and I would completely agree with him on that, but his own Government has just invested in the resources and waste strategy, which is the most ground-breaking recycling legislation and plan that we’ve ever seen, with recycling right at the front of it.

“So he seems to be completely conflicting with his own Government’s policy.”

The Prime Minister’s official spokesman had to say Mr Johnson continues to encourage people to recycle, when asked by journalists in Westminster.

“Yes, the Prime minister was setting out that recycling alone is not the answer,” the spokesman said.

“We’re taking a wide range of action across society to cut plastic pollution.

“Simply relying on recycling alone, as the Prime Minister set out, would be a red herring – we need to go further and take wider action.”