Another Tory minister has presented an alternative version of Boris Johnson's arrival at the Platinum Jubilee - here's what Grant Shapps said. 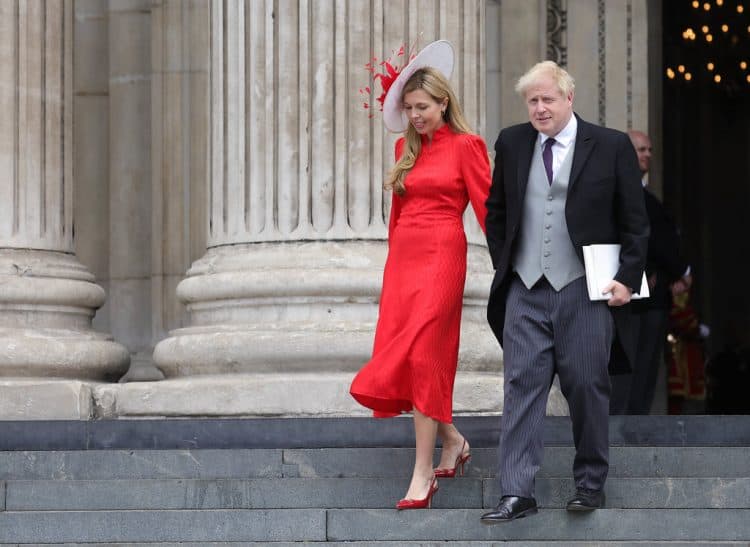 Part of your job description as a Conservative Party minister involves defending the indefensible. It’s been the case for a while now, and this current crop of Cabinet comrades keep finding alternative ways to present the truth.

It’s a skill, if nothing else – and Secretary for Transport Grant Shapps is a real master of his craft…

The minister appeared on the BBC’s Sunday Morning show to once again shield Boris Johnson from an avalanche of criticism. This week, the PM was loudly booed upon his arrival at the Platinum Jubilee celebrations.

However, several top Tories have argued that there was more of a ‘mixed reaction’, claiming that the cheers outweighed the jeers. Johnson’s popularity has waned since the 2019 Elections – and he’s even got the Royals laughing at him now.

Lee Mack’s ‘Partygate’ pun – delivered just metres away from Boris and Carrie – raised raucous laughs, with several members of the monarchy caught giggling at the gag. Grant Shapps, however, doesn’t feel like his boss is the punchline.

Earlier this morning, Mr. Shapps was keen to stress that there were ‘plenty of cheers’ for Johnson, and politicians are often the subject of divided opinions. Sadly, it seems the point has been lost on him.

“There were also people cheering. Politicians don’t expect to be popular all the time, you have to take difficult decisions in this job. I wasn’t there, I heard some boos, but I heard people cheering too. We must not be overly distracted by this.”

“Booing also went on the 2012 Olympic Games with George Osborne, then the Conservatives won the 2015 Election. Politicians divide opinions, some approve, some disapprove, that’s the whole point of having a democracy.”