A homeless couple have been evicted from a doorway outside a former BHS store – after a huge BLOCKADE was built. Since the department store shut it has become a home to many homeless people who have set up a mini shelter there. Among those to bed down there in the doorway for the night […] 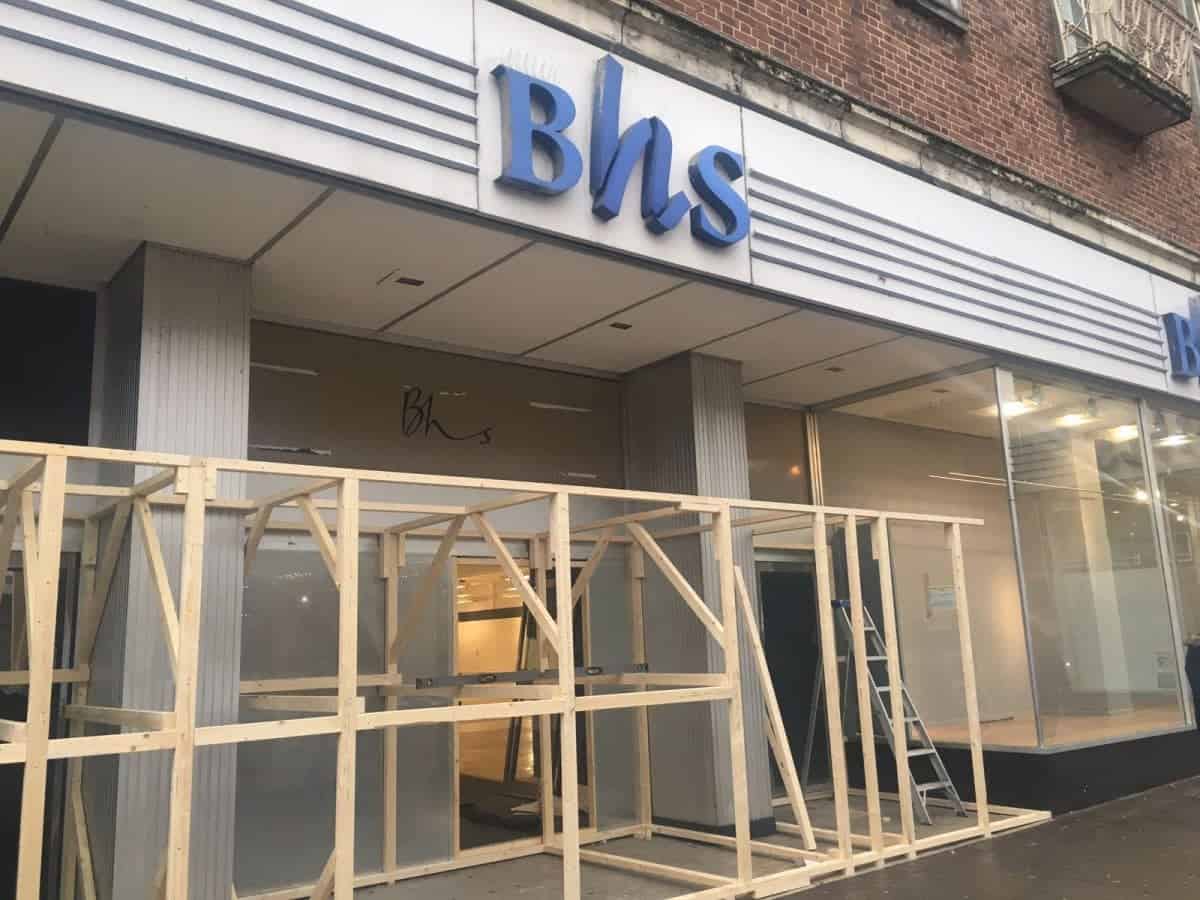 The wooden barrier at BHS on South Street, Exeter, Devon. See SWNS story SWBHS; The wooden barrier - around 10 ft tall - was being constructed today in the entrance of BHS on South Street. Workers say it is to stop rough sleepers from gathering in the doorways. The store has been vacant since the collapse of Sir Philip Green's former chain in August last year. In recent months its entrances had become a shelter to some of Exeter's homeless - including Justin Wilson, 41, and Tia Bamford, 30, who set up a camp beneath the store's southern doorway.

A homeless couple have been evicted from a doorway outside a former BHS store – after a huge BLOCKADE was built.

Since the department store shut it has become a home to many homeless people who have set up a mini shelter there.

Among those to bed down there in the doorway for the night was Justin Wilson, 41, and Tia Bamford, 30.

But they have been turfed out after a 10ft wooden barrier was put in place this week at the entrance to the vacant store in Exeter, Devon.

Workers say it is to stop rough sleepers from gathering in the doorways.

The store has been empty since the collapse of Sir Philip Green’s former chain in August last year.

And it is understood that Duffy and Phelps, administrators for BHS, employed a firm from Dartford in Kent to travel nearly 200 miles to the city to erect a wall. Justin and Tia’s say the pair are now camping in a car park instead but many locals are angry at the decision to build the blockade.

Jez Palmer, 20, from Exeter said: “I think it’s unfair now they are going to have to stay out in the wet, if I had enough room at mine I would take them in myself.”

Exeter mum and resident Helen Richards added: “I don’t think they were doing any harm here, I think it’s wrong that BHS is doing this – especially when the building is empty anyway.”

A spokesman for the administrator Duffy and Phelps said: “We have no comment regarding the property.” Shortly before the barrier was built the rough sleepers were removed from the building.

This decision was reportedly made by the city council, police and an outreach team.

John Isserlis, a director of homeless charity Julian House, said it was not an act of ‘sweeping them away with a broom’ but an opportunity to move to alternative accommodation.

He said: “We haven’t just got a big broom and swept them away, we have offered opportunities to get themselves off the streets and temporary alternative accommodation.”

Signs have also now been placed inside the empty store’s windows, warning people not to camp on the privately-owned land.