Deputy chair of the British Medical Association (BMA) Dr David Wrigley raised concerns that some medicines with short shelf lives such as insulin cannot be stockpiled. 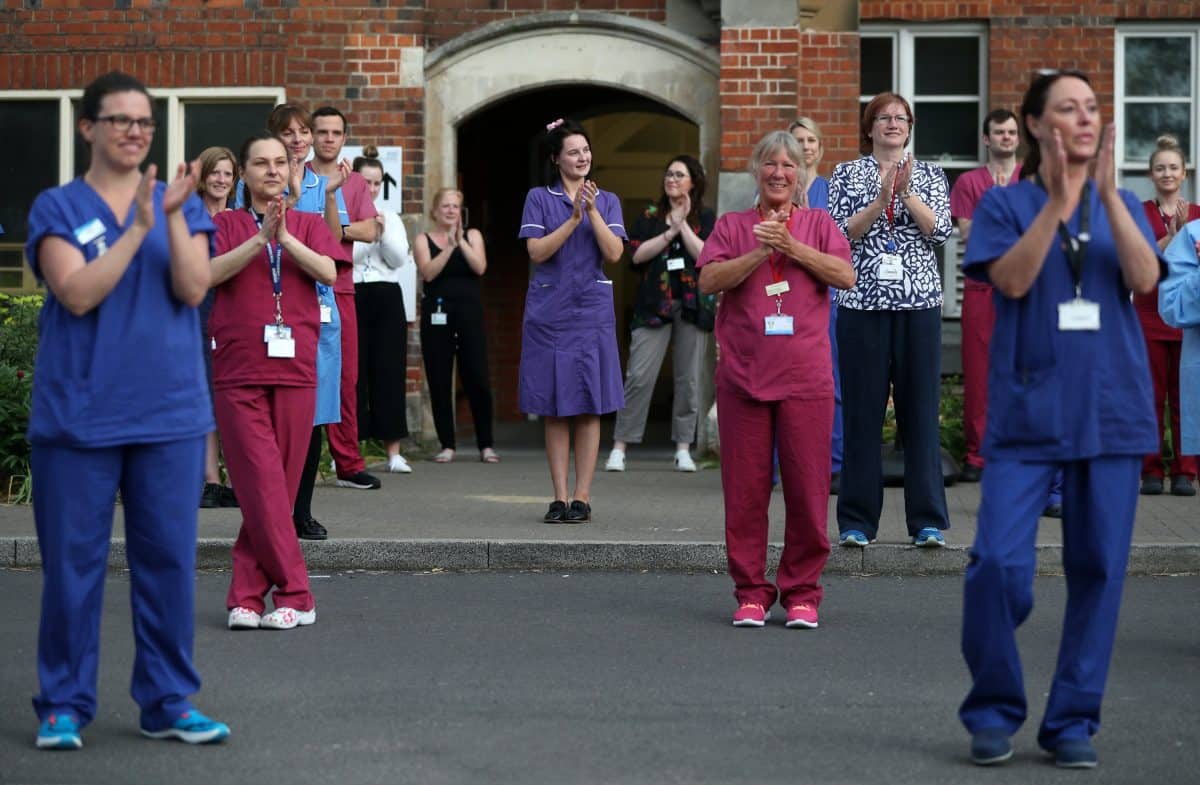 Preparations are already being made, with the stockpiling of medicines and provision of alternative freight routes aimed at ensuring as little disruption as possible to healthcare in the event of a no-deal Brexit.

Here is a look at some of the main issues:

Medical suppliers have been encouraged to try and stockpile six weeks’ worth of stock, with the Department of Health and Social Care (DHSC) describing such actions as a “key part of contingency plans”.

In a letter to medicines and medical product suppliers, the department advised that having extra stocks “provides a further buffer against disruption”.

At the time of the letter, dated November 17, the department said it was on course to have six weeks’ worth of stocks of “fast-moving medical devices and clinical consumables”, including supplies which it said are “vital” to the Covid-19 response, by the end of December.

But deputy chair of the British Medical Association (BMA) Dr David Wrigley raised concerns that some medicines with short shelf lives such as insulin cannot be stockpiled.

The Association of the British Pharmaceutical Industry (ABPI) welcomed other preparatory measures including an announcement in October of agreements to secure freight capacity on nine routes serving eight English ports in areas thought less likely to experience disruption.

But the ABPI, which said 45 million packs of medicines move from the UK to the EU and 37 million come back the other way every month, has consistently argued that a “comprehensive trade deal” is the best outcome for both sides.

The Medicines and Healthcare products Regulatory Agency (MHRA) – which made global headlines this month after approving the Pfizer coronavirus vaccine – will leave the European Medicines Agency (EMA).

In October the Government announced that from January 1, the MHRA will join Australia, Canada, Singapore and Switzerland in what is known as the Access Consortium.

The Government has described the consortium’s goal as maximising international co-operation, reducing duplication, and increasing capacity to ensure patients have “timely access to high-quality, safe and effective therapeutic products”.

The MHRA will also become part of Project Orbis, a programme to review and approve promising cancer treatments which is co-ordinated by the US Food and Drug Administration (FDA), alongside the above countries and Brazil.

The ABPI is also calling for the UK to “fully participate” in the Horizon Europe 100 billion euro (£91 billion) research and innovation programme and “continue to influence the EU research programmes as far as possible”.

A points-based immigration system is being brought in to determine who can live and work in the UK, while the EU Settlement Scheme has been introduced so European citizens and their families already living in the UK can apply for permission to remain in the country when freedom of movement ends after the transition period.

Concerns have been raised that the £25,600 salary threshold for skilled migrants to come to the the UK with a job offer could cause staff shortages in social care because the industry is heavily reliant on foreign workers to fill typically low-paid positions.

As for doctors, Dr Wrigley said: “Since the whole referendum went through there’s been a deep, deep sense of concern from the European-qualified doctors who work in the UK and my belief is there’s around 22,000 of these doctors at the moment in the UK working in the NHS.”

He said “very little progress” had been made on issues around the recognition of qualifications, and is concerned this could affect things like people coming to the UK to carry out medical research.

He said: “If there is no deal and these aspects are not recognised I think these doctors will begin to question whether they should stay in this country.

“We are world leaders in medical research so they (researchers) come here to advance their research, to offer their knowledge and skills in our fantastic academic institutions.

“They’ve got visa-free travel at the moment, there’s reciprocal arrangements available. But all this again is put at risk because we’re not sure how that will stand.”

He also expressed worry around workers’ rights and doctors potentially having to work long hours in the absence of EU protections.

Trades Union Congress general secretary Frances O’Grady has said: “Surely the PM can sign up to workers’ rights in Britain being at least as good as those in the EU?”

Dr Wrigley said: “Without those protections, we may see doctors’ hours going up again, which is not good for patient safety and patient care.”

Dr Wrigley said a lot of NHS contracts are “very high value” and that “other countries may say ‘actually, we want a slice of that pie’.”

He said the NHS’s multi-billion pound budget means “there’s a lot of rich pickings there”.

But trade policy minister Greg Hands told MPs last month that the NHS “will not be for sale in any future deal, trade deal with the US or indeed any trade deal at all”.

He said protecting the UK’s health service is “a fundamental principle of our trade policy”, adding that its services and the prices it pays for drugs are “not for sale and we will not agree measures which undermine the Government’s ability to deliver on these commitments”.

He said: “It’s probable that just because of the new customs barriers, the cost of getting many of these things into the UK will go up, and so far as care homes in particular need to purchase these, they will be facing an additional financial hit there.

“This probably is more the case for a no-deal than an exit with a deal, but either way I think you’ll also have the short-term shock to supply, with the risk of not being able to get hold of some things at all.

“I know the NHS, for example, has been directing trusts to think about their menus and food that they serve to make sure they are not too exposed or reliant on supplies that may be harder to get hold of, so there would be similar concerns I think in social care.”

European Health Insurance Cards (EHIC), issued in the UK to access healthcare in Europe, will not be valid after the end of the transition period, with some exceptions.

Those eligible to apply for a new UK EHIC that they can continue to use from the beginning of January next year include students from the UK who are studying in the EU, some British State Pensioners who live in the EU and their families, and EU nationals in the UK.

Anyone on a trip in Europe that began before January 1 2021 can still use their UK-issued EHIC until the end of the trip.

The Government warns that an EHIC is not a substitute for travel insurance and advises therefore that people take out insurance before a trip.

Mr Dayan said EHICs have been a “lifeline” for people with long-term conditions who want to travel, who may now have to spend more on insurance.

He said: “For many people that’s a minor but manageable nuisance but actually if you have a condition which definitely is going to require some high-cost treatment then it may really be quite a prohibitive amount of money.”