The poster lists the names of more than 3,000 people who have died in the UK. 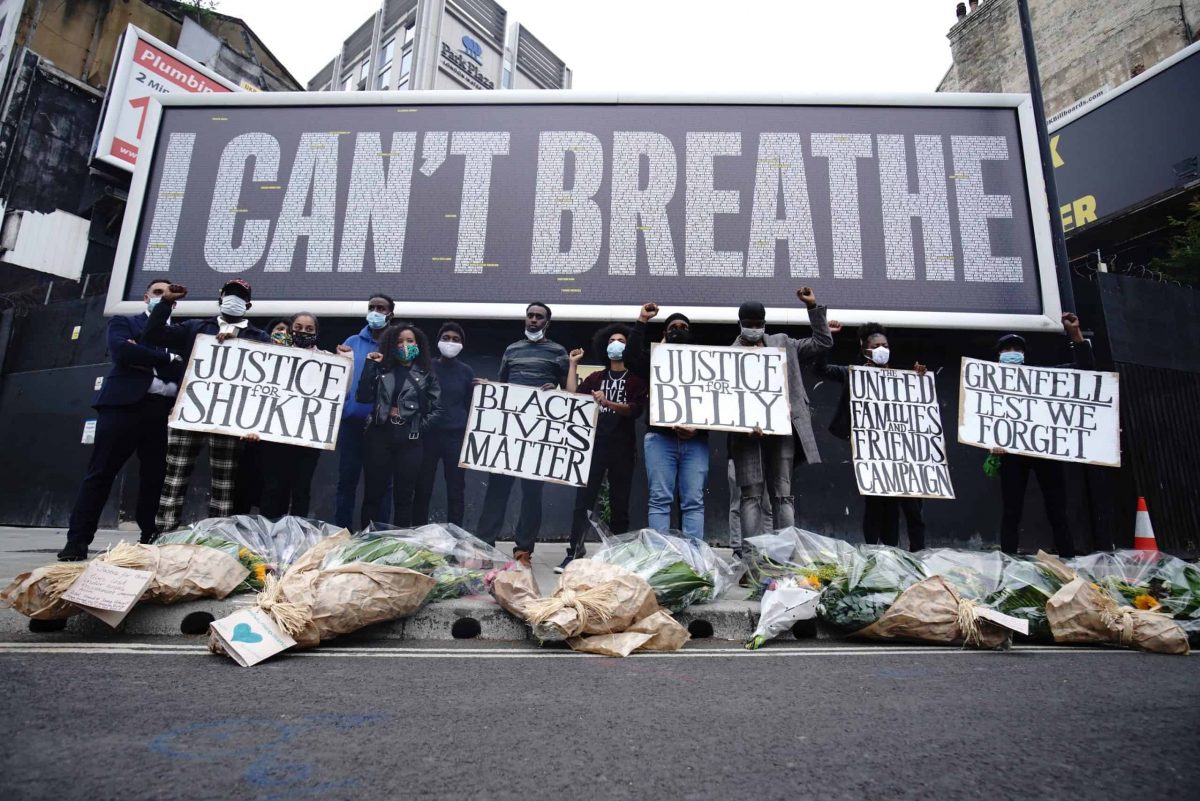 Campaign group Black Lives Matter have unveiled a billboard on Westminster Bridge Road in central London, near to Parliament, highlighting the plight of black people in the UK.

Forming the words “I can’t breathe” – uttered by Mr Floyd as he choked – the poster lists more than 3,000 names of people who have died in police custody, prisons, immigration detention centres and in racist attacks in the UK, as well as those who have died with coronavirus and the Grenfell Tower fire.

The display was put up after organisers cancelled an anti-racism protest in London’s Hyde Park on Saturday over fears it would be hijacked by far-right groups.

The Mayor of London has pleaded with the public to stay at home to keep safe as anti-racism and far-right groups both plan protests in the capital this weekend.

Sadiq Khan said he is “extremely concerned” that further protests in London, particularly by extreme far-right groups which “advocate hatred and division”, could lead to violence and disorder.

It comes as the Democratic Football Lads Alliance called on supporters to travel to London to protect monuments after a number were vandalised in recent protests.