By Charles Hibbert Black Lives Matter protests have spread across the UK, blocking roads angering holidaymakers heading to Heathrow. The A45 near Birmingham, along with tramlines in Nottingham have also been brought to a standstill due to the large protests, which is part of a campaign to raise awareness of racism. The protests across the […] 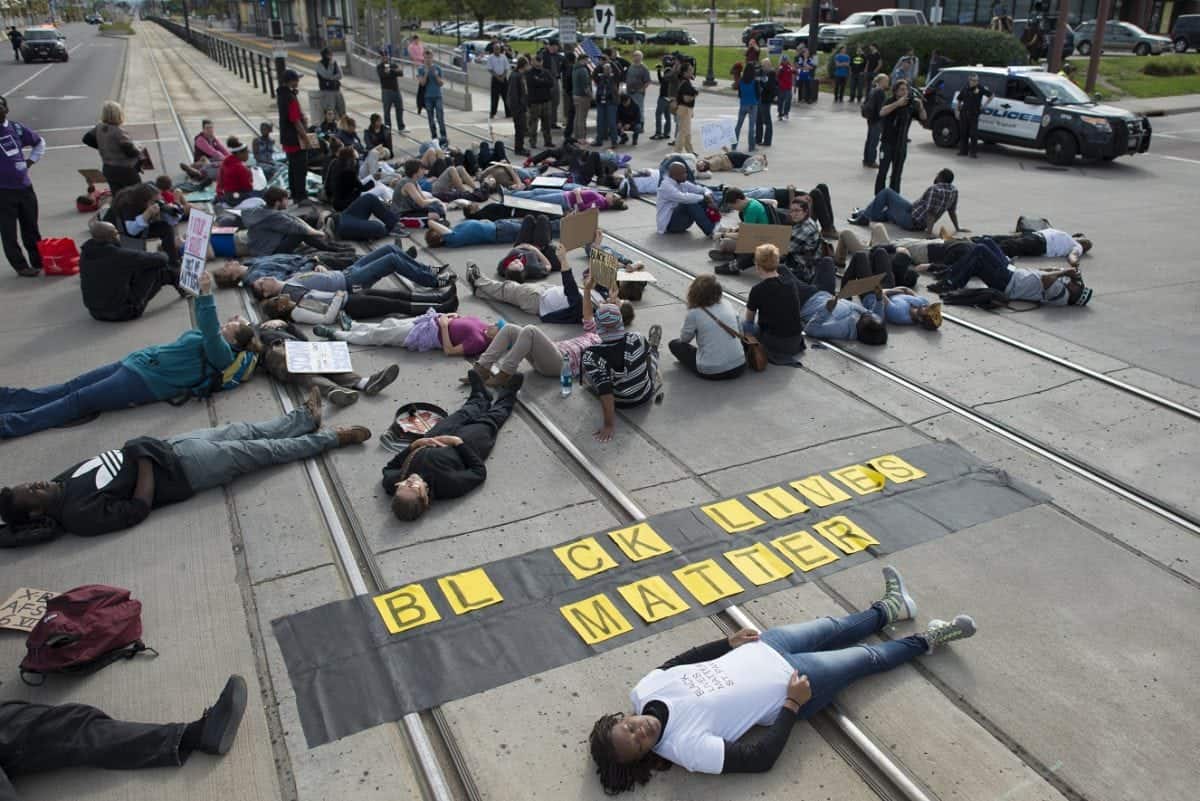 The A45 near Birmingham, along with tramlines in Nottingham have also been brought to a standstill due to the large protests, which is part of a campaign to raise awareness of racism.

The protests across the country are causing chaos as hundreds of families are setting off on their family holidays.

The movement, which has been taking place in the US following a number of killings of black Americans by US police, has now spread to the UK it seems

#blacklivesmatter protest on roundabout next to Heathrow. Trying to block the traffic. pic.twitter.com/rXhHpNpdje

#BlackLivesMatter protestors are blocking the tram line between Royal Centre and Market Square in #Nottingham pic.twitter.com/4cJuZC76Rr

Pictures and videos posted on Twitter show protestors lying in a row across the road calling this a nationwide shutdown.

Yesterday was the fifth year anniversary of the Mark Duggan death, after he was shot dead by Police officers in Tottenham, causing riots in London from the 6th August to 11th August.

At least four of the activists have been arrested as Scotland yard confirm that they are dealing with the demonstration on the M4.

The large scales protests, which are inconveniencing hundreds across the UK, has received a number of complaints and comments on Twitter, with many asking why they feel the need to protest in the UK where there is no real issue of this, unlike in America.

How utterly selfish! Why ruin innocent people’s holiday or work? Every life matters, not just #BlackLivesMatterhttps://t.co/bmBfFVL8xR

Sorry but disrupting thousands of people’s summer holidays isn’t going to better your cause. #BlackLivesMatter

#BlackLivesMatter are doing themselves no favours by attacking ordinary people trying to go on their holidays. #Heathrow

It’s almost as if #BlackLivesMatter want to bring racial division to a country where there is very little. ?

#BlackLivesMatter protest in UK. It’s not up to the UK to stop US cops shooting black people.