The Big Issue has partnered with iZettle to introduce contactless payments with vendors in London, Bath, Birmingham, Bristol and Nottingham. A select number will offer both card and cash payments before the technology is rolled out nationwide. The pilot is the first of its kind, although some vendors had taken it upon themselves to offer card […] 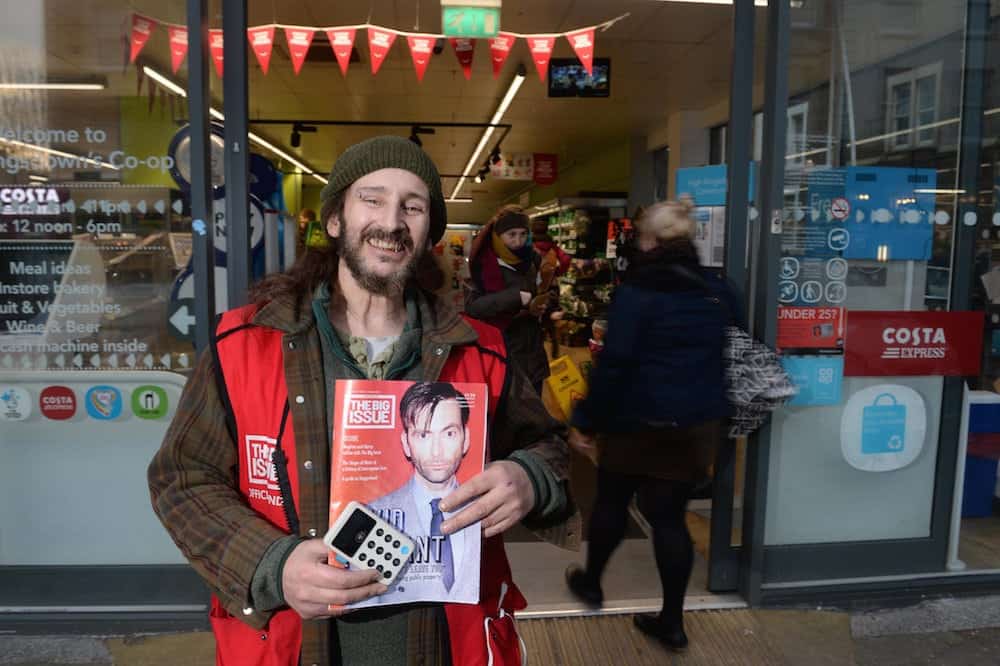 The Big Issue has partnered with iZettle to introduce contactless payments with vendors in London, Bath, Birmingham, Bristol and Nottingham.

A select number will offer both card and cash payments before the technology is rolled out nationwide.

The pilot is the first of its kind, although some vendors had taken it upon themselves to offer card payments in order to boost sales.

Research by commerce platform iZettle found more than 70 per cent of payments in the UK are now cashless.

The company will now work with the Big Issue to help boost the financial inclusion of its vendors.

London-based Easton Christian will be among the first to get his hands on an iZettle device.

The 64-year-old, who sells the magazine at White City, said: “I’ve definitely noticed a dip in the number of people carrying cash, which has had a knock-on effect on the number of magazines that I’m able to sell.”

Russell Blackman, managing director of The Big Issue, added: “We have long-recognised that we are operating in an increasingly cashless society. Big issue vendors are microentrepreneurs, effectively running their own small businesses, so understandably there are many who are keen to respond to market forces and offer their customers an alternative to cash.

“The partnership between iZettle and The Big Issue reflects our shared values and commitment to creating a more financially-inclusive society, supporting those whose lives have been blighted by poverty and a lack of opportunity.”