People campaigning against poverty and homelessness, and those helping refugees and asylum seekers are among a list drawn up by the magazine. 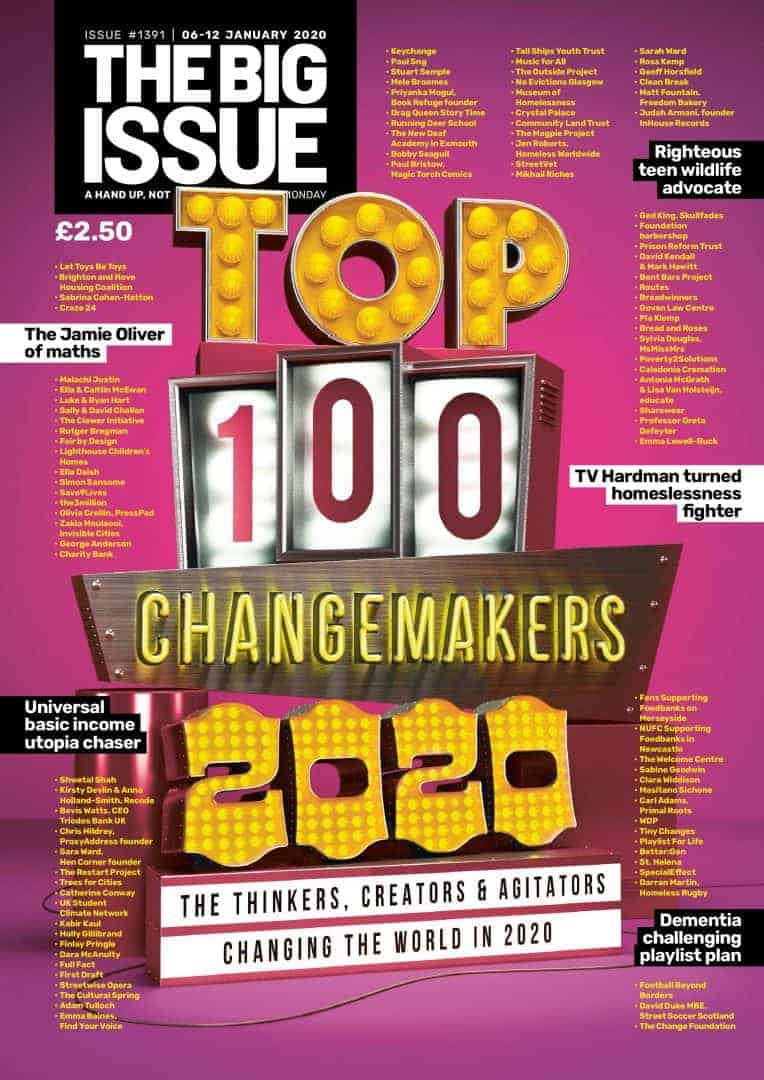 People campaigning against poverty and homelessness, and those helping refugees and asylum seekers are among a list of 100 so-called “changemakers” highlighted by The Big Issue.

The magazine said it wanted to celebrate the contribution to society made by some of the “awe-inspiring” people and groups working tirelessly across the UK.

Among those listed are Dr Sabrina Cohen-Hatton, chief fire officer and an ambassador for The Big Issue, Rutger Bregman, historian and author, Streetwise Opera, Geoff Horsfield, former Birmingham City and West Bromwich Albion striker, and Darran Martin, founder of Homeless Rugby and Tiny Changes, the mental health support charity set up in memory of Scott Hutchison, frontman of the band Frightened Rabbit, who died by suicide in 2018.

Paul McNamee, editor of The Big Issue, said: “This is the second time we have dedicated an entire edition of the magazine to celebrating 100 awe-inspiring people and organisations who we believe are changing the world in significant ways and giving us all hope for the future.

“There are a host of categories, from those innovating in the field of tech to the formidable, often young, campaigners working to save our planet, to those focused on literacy and education, to people working to help refugees and asylum seekers, to name a few.

“They all deserve our attention and support for their tireless efforts to make a difference. These are the true champions of change in our society and The Big Issue is proud to shine a light on them.”

Breaking down the stigma

Dr Cohen-Hatton revealed in 2019 that she sold The Big Issue as a teenager when she experienced homelessness for two years from the age of 15.

“I haven’t done any of this for any kind of recognition. It’s been the most difficult thing that I’ve ever done in my life. I would rather walk into a burning inferno any day of the week.

“But I did it because if I’m feeling like this, there must be so many other people who’ve had a similar experience and don’t feel they can talk about it. I want to encourage people not to feel ashamed of their backgrounds or where they’ve come from.

“Breaking down the stigma is so important. There are 14 million people living in poverty today. So poverty is going to be there for a long time. But if we can change the access to opportunities so more people can fulfil their potential, then for me that would be the top prize.”

Ernst & Young and Warwick Business School supported the latest edition of The Big Issue, which is sold by vendors to lift themselves out of poverty.

Related: Boris Johnson’s record as Foreign Secretary should have us all worried