A VERY busy day to publish the 'Benefits of Brexit' report, a good day to bury very bad news? 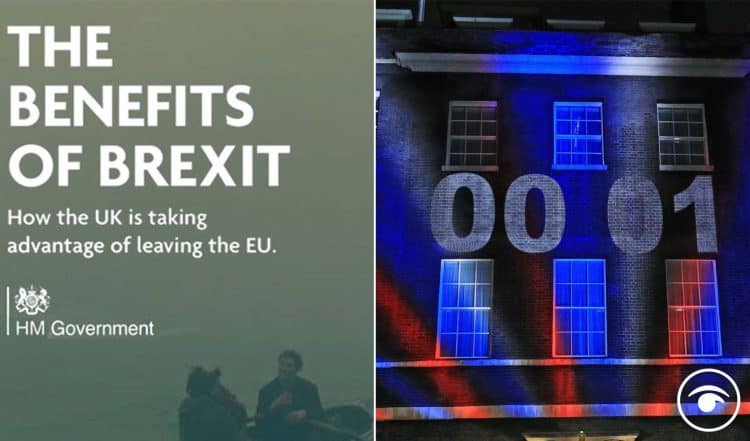 The Prime Minister has said his Government plans on “firmly planting the British flag on the world stage once again” after it set out its vision for capitalising on Brexit’s opportunities.

Boris Johnson, in his foreword to the UK Government’s The Benefits Of Brexit paper, said that the “bolder” the UK is in targeting opportunities afforded by leaving the European Union, the “greater the gains will be for us all”.

The document was published on Monday to mark the second anniversary of Britain’s divorce from Brussels, with it setting out the plan for altering what Brussels-made laws will be kept or scrapped, including ambitions to save £1 billion for businesses by cutting inherited EU red tape.

The 102-page Cabinet Office document also lays out the five-step approach to forging new post-Brexit, UK-specific regulations, pledging to “use our new freedom to act quickly and nimbly” in a bid to create “better markets”.

Other changes, including making trade documents digital and streamlining procurement rules, are proposed in a bid to save billions of pounds for British businesses.

Mr Johnson said Brexit’s exit from the bloc on January 31 2020 marked “not the final page of the story, but the start of a whole new chapter”.

And this is a good point…