From the newsletter: The government is failing on every front. An urgent resolution is needed. 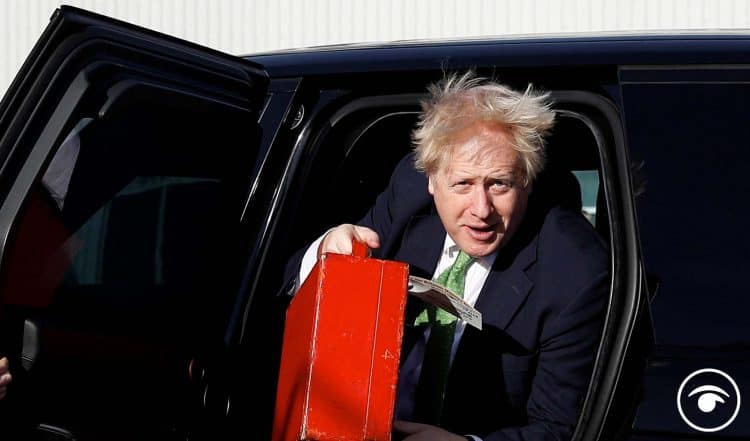 Good morning. Boris Johnson is under police investigation for violating the coronavirus rules he wrote. Not once, not twice – twelve times. For all the bluster and the buffoonery which followed the publication of Sue Gray’s ‘update’ yesterday – at a dozen pages including blanks and appendices, calling it a ‘report’ is like insisting your cat is, in fact, a lion – that will take some glossing over.

The weekend had been filled with optimistic briefing that Johnson – who, with disturbing glee, hacks have started referring to as a “greased piglet” – had wriggled free of immediate peril. His fightback would be stirring, they suggested, with a bravura trip to Ukraine and a slew of policy announcements on the slate. Instead, Monday was punctuated by the prime minister invoking a far-right conspiracy theory about Jimmy Saville in the House of Commons and brought to a close by Nadine Dorries, swaying like your aunt after too many glasses of Sauv Blanc and calling journalists liars with the cursed energy of Cinderella’s evil stepmother.

So, how goes Operation Fightback? Let’s tally it up. Johnson is, this morning, on a plane to Kyiv, boarding with a vow to “uphold Ukraine’s sovereignty in the face of those who seek to destroy it”. Liz Truss, the foreign secretary, hasn’t gone with him – because she tested positive for Covid last night. And a planned phone call with Vladimir Putin yesterday afternoon was canned because the PM was busy responding to Gray/tripping over his own shoelaces (delete as appropriate) in the Commons. Statesmanlike to the last.

What about Levelling Up? The long-awaited white paper is finally arriving tomorrow. We know that the document will include a “radical new regeneration programme” with a £1.5 billion Brownfield Fund which, it turns out, isn’t new at all. We also know that the first section of the document is an extended essay by former Bank of England chief economist Andy Haldane, which references Tolstoy and the Medici family, and that the third – entitled ‘Policy’ – includes a slew of reheated ideas. To top it all off, Michael Gove – charged with unveiling and overseeing the strategy – apparently “thinks it’s sh*t”.

To sum up: this is a government failing on all of its own terms and talking points. It is unable to extricate itself from the quagmire of scandal into which it has sunk, and shows no sign of being able to. It is surviving hand-to-mouth, day-to-day, clinging on to power but unable to do anything with it. Gray’s ‘report’ will only prolong the stasis. It was, really, the worst outcome for Downing Street – juicy enough to be damning, sparse enough to leave room for further revelations.

Leaving aside the Kremlinology of what happens next, this isn’t a particularly good place for the country to be in. Yesterday’s drama was fun – the girlbossification of deporter-in-chief Theresa May notwithstanding – but it left British politics channelling Nero, fiddling incessantly while Rome burns. Scandal is entertaining; it thrills and enrages, fills column inches and lights up Twitter feeds. But it’s paralysing too, engulfing everyone and everything in its vicinity like a black hole. There is only one person to blame, of course. But regardless of which way you want this crisis resolved, resolution is needed – fast.