The former editor of the Independent newspaper recently fronted a documentary exploring the relationship between William and Harry and the media. 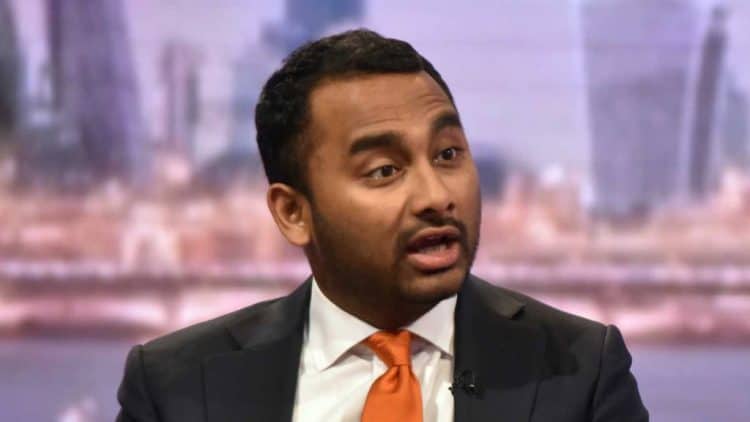 The journalist who fronted a BBC documentary examining the relationship between the Duke of Cambridge and the Duke of Sussex and the media has apologised for critical comments he made about the royal family a decade ago.

Amol Rajan, 38, described the Duke of Edinburgh as a “racist buffoon” and the Prince of Wales as “scientifically illiterate” in a 2012 article about the Queen’s Diamond Jubilee for the Independent newspaper, which he used to edit.

The piece described the event as “little more than the industrialisation of mediocrity” and was also critical of William and Harry.

“Foolish commentary from a former life”

In a statement posted on Twitter, Rajan, who is the BBC’s media editor and a presenter of Radio 4’s Today programme, apologised for his words.

He said: “In reference to very reasonable questions about some foolish commentary from a former life, I want to say I deeply regret it.

“I wrote things that were rude and immature and I look back on them now with real embarrassment, and ask myself what I was thinking, frankly.

“I would like to say sorry for any offence they caused then or now.

“I’m completely committed to impartiality and hope our recent programmes can be judged on their merits.”

It comes after BBC Two’s The Princes And The Press, which was presented by Rajan, was criticised by the royal households for giving credibility to “overblown and unfounded claims”, and prompted the broadcast of a special Christmas carol service led by the Duchess of Cambridge at Westminster Abbey to be moved from the BBC to ITV.

The two-part documentary included suggestions that negative stories about the Duchess of Sussex were leaked by courtiers and there was a competitiveness between households.

Buckingham Palace, Clarence House and Kensington Palace took the rare step of issuing a joint statement to the broadcaster which was included at the end of the BBC Two documentary.

The statement from the palaces said: “A free, responsible and open press is of vital importance to a healthy democracy.

“However, too often it is overblown and unfounded claims from unnamed sources that are presented as facts and it is disappointing when anyone, including the BBC, gives them credibility.”