“The majority of Brits don’t want millions wasted on a field like Cambo, a project that will make our future less secure but will make some oil execs even richer." 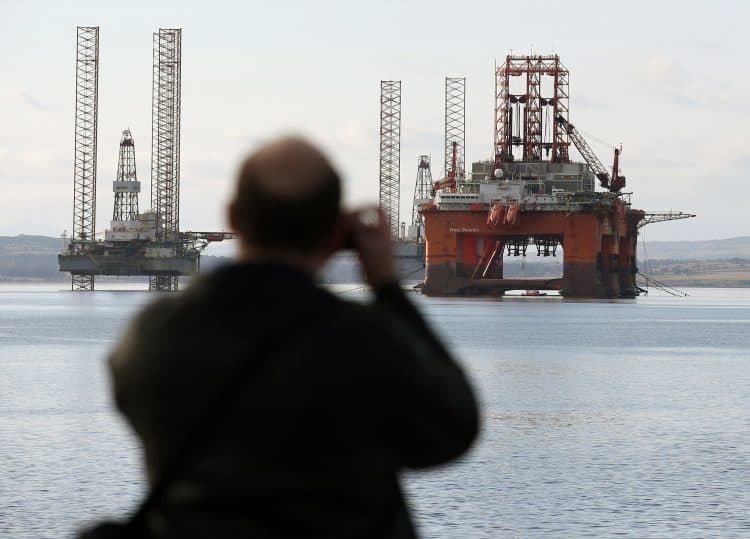 The licence for developing the area, which lies to the west of Shetland, had been due to expire on Thursday.

But a spokeswoman for energy giant Shell, which co-owns the field with Siccar Point Energy, confirmed on Wednesday that the extension has been granted.

Shell withdrew from the development in December and it stressed there is “no change to our position”.

But the company said the extension gives time to “evaluate all potential future options”.

The spokeswoman said: “The North Sea Transition Authority has awarded Siccar Point Energy and Shell UK an extension to the underlying licences containing the Cambo field which were due to expire.

“At this time there is no change to our position of December 2021, but the extension to the licences will allow time to evaluate all potential future options for the project.”

In December, Shell, which has 30% equity in the proposed development, said it had concluded the economic case for investment was “not strong enough”.

That decision came after the Scottish Government spoke out against the developing the field, with First Minister Nicola Sturgeon saying in November: “I don’t think that Cambo should get the green light.”

Since then fears over the future of Russian oil have sent prices soaring, at the same time as consumers in the UK are facing rocketing energy bills.

Environmental campaigners at Friends of the Earth Scotland argue the two-year licence extension is “simply dragging out the inevitable rejection of Cambo”.

The group’s Caroline Rance said: “The UK Government is trying to keep this doomed oil field on life support but they are simply dragging out the inevitable rejection of Cambo and the transition away from fossil fuels.

“There is no safe future for new oil and gas production in the North Sea, Cambo and all new field developments must be rejected.

“Shell and Siccar Point Energy have had years to develop the case for opening the Cambo field, and have failed. Two more years won’t make the project look any better in terms of its devastating climate impacts or the urgency of the transition away from fossil fuels.

“New fields approved today wouldn’t start producing for years, and would do absolutely nothing for people’s soaring energy bills. Any oil that these companies might extract in years to come will be theirs to sell to the highest international bidder, not reserved for the UK. The suggestion that increasing UK oil and gas production will protect consumers is simply false.

“The Government must reject all new oil and gas projects and instead rapidly scale up renewable energy while supporting a just transition for those workers and communities currently reliant on the oil and gas industry.”

The Stop Cambo campaign group said: “Cambo was a bad idea in 2021. It’s a terrible idea now. Cambo won’t lower bills but it does put us on a path to wreck the climate.”

It tweeted: “The majority of Brits want investment in affordable, renewable energy and warm homes – things that will lower bills now. They don’t want millions wasted on a field like Cambo, a project that will make our future less secure but will make some oil execs even richer

“The govt had a chance today to make the right decision and side with the people of the UK, but once again they chose to cast their lot with oil giants.”

Related: Arctic and Antarctic weather events ‘among the most terrifying scientists have recorded’