"They partied through lockdown, now they're partying through the cost of living emergency," the SNP's Westminster leader said. 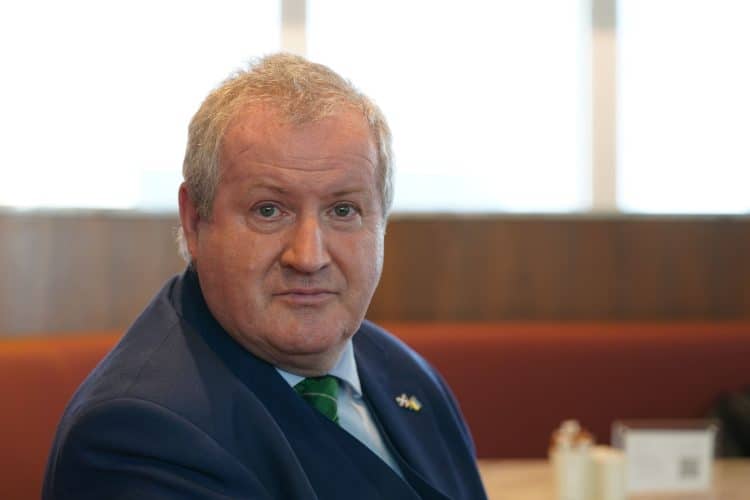 Ian Blackford has torn into the Tories at PMQs, accusing Boris Johnson of “partying through the cost-of-living emergency”.

Johnson insisted that he was getting on with the job as he faced MPs on Wednesday, making his first public comments since the Metropolitan Police revealed that Covid rules had been broken during lockdown-busting parties in Downing Street.

In a fraught session, Keir Starmer suggested Johnson should resign for misleading the House by denying the allegations of wrongdoing at the parties during England’s coronavirus lockdowns.

But it was Blackford, the SNP’s Westminster leader, who stole the show as he accused Johnson and Rishi Sunak of “denying the real world crisis for so many because they simply do not live in the real world”.

‘They do not live in the real world’

Addressing the Commons, he said: “Last night, millions of families will have been desperately trying to figure out how they will possibly afford the £700 energy price hike that will hit them this Friday.

“At the very same time, Tory MPs were gathering across the street for a champagne bash in the Park Plaza.

“We all know that the Tories partied during lockdown. Now they’re partying through the cost-of-living emergency.”

Conservative MPs had gathered at the Park Plaza hotel in London, just across Westminster Bridge from the House of Commons, on Tuesday night.

At the dinner, the prime minister reportedly said: “Good evening ladies and gentleman, or as Keir Starmer would put it, people who are assigned female or male at birth.”

Just hours later, Jamie Wallis – a Tory MP – came out as trans and revealed he had been diagnosed with gender dysphoria.