An article the Prime Minister wrote for a Canadian magazine in 1997 has been doing the rounds on social media. 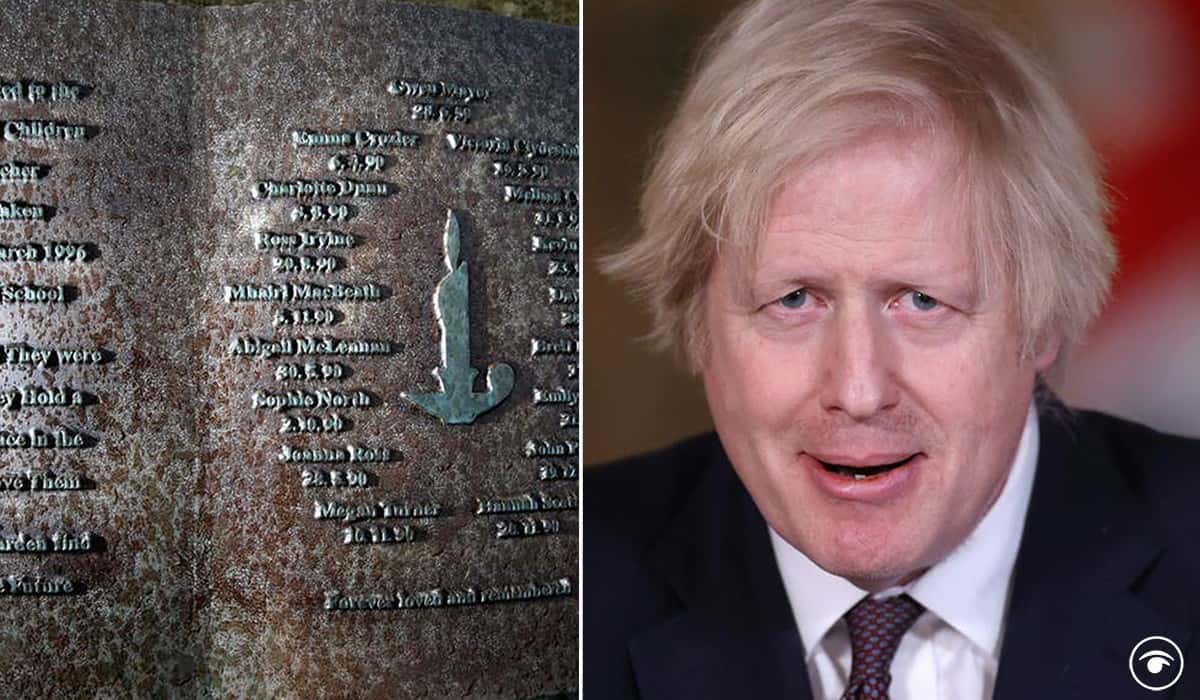 An article Boris Johnson wrote for a Canadian magazine in 1997 went viral this week as the country mourns the 25th anniversary of the Dunblane massacre.

The Prime Minister likened the confiscation of handguns in the wake of the crisis to “nanny confiscating toys” like model train sets and stamp collections.

He also compared the seizures to “one of those vast Indian programmes of compulsory vasectomy”, complaining that an entire past-time was being “exterminated”, and said it was virtually “pointless”.

Thomas Hamilton shot dead 16 children and one teacher at Dunblane Primary near Stirling in March 1996 before killing himself in the deadliest mass shooting in British history.

It led to the outlawing of most private handguns.

In an article published in September 1997, Mr Johnson wrote about watching gun owners hand in their weapons to a police station in Maidenhead in Berkshire.

The article was unearthed again this week and has been making the rounds on social media.

“Nanny is confiscating their toys”

In it, he wrote: “The men – and they are virtually all men – come in two at a time. They have aluminium suitcases, safes, plastic bags and set expressions.

“Nanny is confiscating their toys. It is like one of those vast Indian programmes of compulsory vasectomy.

“It is as if the state had decided to round up all the model train sets or the stamp collections, an operation causing immense distress to thousands of innocent enthusiasts, and just about as pointless.

“Thanks to a sweeping ban on handguns introduced here in the wake of the Dunblane, Scotland, massacre of school children last year, law-abiding gun-owners are now handing over their weapons here at a rate of 50 to 60 a day.”

“No one dare speak” for the handgun owners

He went on: “An entire pastime will have been exterminated. Britain will be the only country in the world where it is forbidden to practise for an Olympic sport.

“The British taxpayers will have to cough up about one billion pounds in compensation; and still the shooters will receive 25 per cent less than the full value of any improvements to their weapons.”

He concluded: “It is no use the shooters protesting that this will do nothing about the myriad of illegal weapons, or legal shotguns; or that the existing law should have ensured that guns were taken away from Thomas Hamilton, the loner who killed 16 small children in a moment of madness at Dunblane last March.

“The owners of all the 160,000 handguns are penalized for the dementia of a couple of their number, and because no one, in the current climate, dare speak for them.”