“The Government’s previous inconsistent messaging on face-mask wearing is almost certainly going to result in a high degree of non-compliance. Unite’s advice to bus drivers is clear: It is not their role to enforce mask wearing, their responsibility is to safely drive and operate the bus." 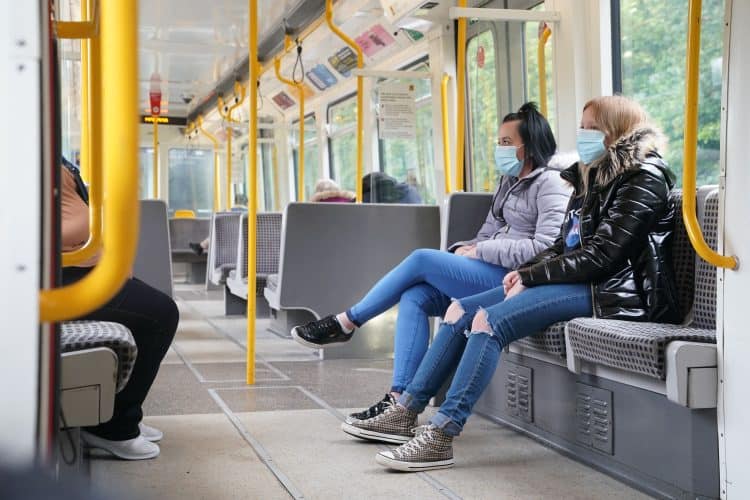 Train workers will be left to deal with angry passengers who do not want to wear face masks, after they were once again made compulsory on public transport, a union has said.

Mick Lynch, the general secretary of the Rail, Maritime and Transport Union (RMT), says more resources need to be made available to police the use of face coverings, after Health Secretary Sajid Javid said they would be made compulsory once again in shops and on public transport from Tuesday.

Mr Lynch said: “We support the wearing of masks but there are major issues about enforcement and it is our members left in the front line with angry passengers who refuse to comply.

“The Government must make the resources available to police this reintroduction of masks. We also need to end this disjointed approach and get some consistency that avoids the chaos and confusion that is a hallmark of this administration.”

His thoughts were echoed by Unite’s national officer for passenger transport, Bobby Morton, who said the Government’s “inconsistent messaging” around the use of masks would lead to “non-compliance”.

He said: “The Government’s previous inconsistent messaging on face-mask wearing is almost certainly going to result in a high degree of non-compliance. Unite’s advice to bus drivers is clear: It is not their role to enforce mask wearing, their responsibility is to safely drive and operate the bus. The job of enforcing mask wearing is that of the bus operator and the police.”

Mr Morton added that Unite had previously said the requirement to wear face coverings “should never have been removed while rates of Covid-19 remained high” and said it was only the development of the new variant, Omicron, that had “forced the Government to act”.

Shop workers are said to be “extremely concerned” about any abuse they might experience while trying to police the use of face masks in store.

The chief executive of the Association of Convenience Stores, James Lowman, said: “We are helping retailers to prepare for the change in face-covering rules, but they are extremely concerned about abuse against their staff from customers who don’t want to wear a face covering in a shop. We will continue to urge stores to communicate the rules, but not to challenge those who refuse to abide by the rules.”

The UK’s supermarkets have said they are waiting for advice from the Government and will be keeping their staff and customers informed.

A Sainsbury’s spokeswoman said: “We are reviewing the latest Government guidance and will keep customers and colleagues updated.”

Morrisons said: “We will be following all updated Government guidelines to keep our customers and colleagues safe.”

Aldi also confirmed that face masks for all – except those who are medically exempt – will be compulsory from Tuesday.

Shoppers in Oxford Street in London told PA news agency they were happy to wear masks and the choice to not wear them should not have been one of the first restrictions relaxed in July.

Curtis, 24, from Essex, said: “It’s not just about trying to look after yourself, but everyone. We need to pull together as a country and as a global and get into the new reality and into the New Year and our new normal life. They shouldn’t have been taken away as one of the first things. I lost my mum to Covid in January and I’m double-jabbed.”

Emily Harvey, 18, from Norwich, said: “I will wear a mask to feel safe. A lot of people have masks on.”

Ms Nandy told Trevor Phillips On Sunday the party would consider the plans in Parliament on Monday but that there were “holes in our defences” that needed to be addressed.

She said: “We don’t think the Government has been getting the balance right up to now. That’s why we support the measures to bring in greater use of masks, mandatory masks in some settings, and we’ll be asking questions about whether the scientific basis for that suggests that that needs to go further.”

Related: Watch: Have we been here before? Javid ‘ignores’ SAGE advice to work from home