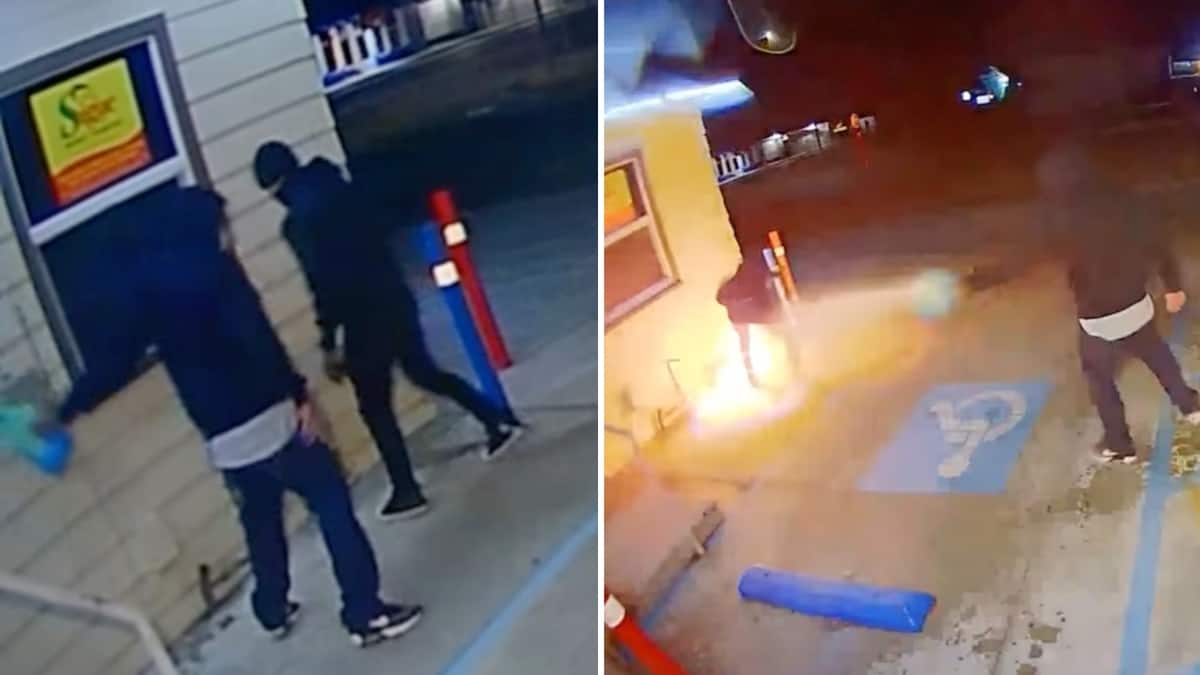 Two arsonists accidentally set themselves on fire after dumping an accelerant on an immigration services building in California.

A Ring surveillance camera captured the men dressed in black and covering their faces as they walked up to Servicio de Inmigracion in Bakersfield.

They proceeded to dump the accelerant over the side of the building and parking lot in front.

As one of the men continued to spread the fuel, the second squatted over a puddle of the accelerant and tried to light it on fire, the video shows.

The fire ignited violently and caught one of the culprits leg, while the second man panicked and fell down twice.

“Dear customers, we started the year a little bad but with the grace of God we will get ahead,”

The business was forced to close until further notice and have started a GoFundMe campaign to help pay for the damages. They said that some of the property destroyed was that of a friend who was keeping equipment for their car wash business at the center. They’ve raised $1,200 of a $5,000 goal.