"The BBC has admitted the monarchy can be a controversial and divisive issue, and yet their coverage is almost entirely one-sided." 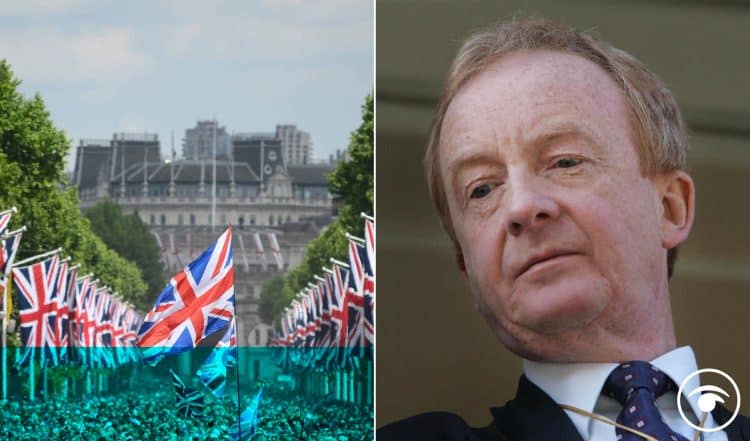 Anti-monarchy campaign group Republic has said it expects the Queen’s Platinum Jubilee to be the “last hurrah” in terms of major royal events.

They have also called out the BBC for their coverage of the Royals.

The royal family took part in a parade down The Mall and the Queen appeared on the Buckingham Palace balcony during the first day of festivities.

Thousands of people descended on central London decked in Union flag merchandise for the spectacle, which included a Red Arrows flypast, while people celebrated at street parties across the country.

Graham Smith, chief executive of Republic, which wants the monarchy to be abolished, said such celebrations can take place “with or without the monarchy”.

He said: “The jubilee is the last hurrah of the monarchy in the next few years.

“We always hope that this is the last.

“We are moving from hope to expectation as it will be a very long time until Charles has a jubilee and hopefully the monarchy will be abolished by the time George is on the throne.”

Asked about the possibility of the Prince of Wales’s coronation taking place as a major royal event in the next few years, Mr Smith said it will not be the same as the jubilee.

He said: “It will be a political event,” adding that the coronation will “trigger huge debate” over the monarchy and is likely to be accompanied by protests.

“People do not think about Prince Charles in the same way they think about the Queen,” he said.

“That conversation is going to be a very different affair.”

On what Republic’s supporters may be doing this weekend, Mr Smith said: “Most people (in general) are not engaging with the jubilee.”

He said they are “just enjoying the weekend” or going away – as long as their flights are not cancelled.

Asked if Republic’s supporters are grateful for the long weekend, he said: “There is no problem with having an extra day off,” but added: “We can do that with or without the monarchy.

“Italy is dong a very similar celebration without a monarchy to celebrate the day it became a republic,” he said, referring to the Italian national day which takes place on June 2 every year.

Republic started putting up billboards around the country in May, calling on people to “make Elizabeth the last”, as part of its response to the jubilee.

The group is also hosting the International Anti-Monarchy Conference online on Saturday.

The group also called BBC’s news and current affairs coverage of the jubilee ‘pathetic’ and an abject failure to provide the balance that’s required of them.

Republic will be writing to Deborah Turness, the recently appointed CEO of BBC news and current affairs.

“The BBC has a duty to provide impartial and balanced coverage at all times. That includes reporting on the monarchy.”

“The BBC has admitted the monarchy can be a controversial and divisive issue, and yet their coverage is almost entirely one-sided.”

“The jubilee is not a national celebration, it is a carefully staged event to promote the monarchy and the royal brand.”

“The BBC should be stepping back and reporting on what’s happening, and why, and they should be reflecting on public opinion, not trying to influence it.”

“Only 11% of the population are ‘very interested’ in the jubilee according to YouGov, and only 14% are planning to do anything to mark the event. 54% are not interested.”

“Yet if you watch the BBC you’d be forgiven for thinking the whole country is celebrating. The BBC has said as much time and again in their reporting.”

“The BBC website has more than 200 stories about the jubilee, and only one mentions republican opposition.”

“Coverage on BBC Breakfast has been particularly pathetic, making no attempt to provide balanced coverage. The BBC is there to report major events, not join in.”

“Recent polls also show a sharp drop in support for the monarchy and a jump in support for abolition, yet the BBC has completely ignored this significant shift in public opinion.”

“When Turness was appointed earlier this year she said there ‘has never been a greater need for the BBC’s powerful brand of impartial, trusted journalism’. Unfortunately that trust is called into question when it comes to the monarchy.”

“We have raised these questions time and again, not least during the last jubilee. Ten years ago the BBC said they would achieve balance ‘over time’. Well, we’re still waiting.”