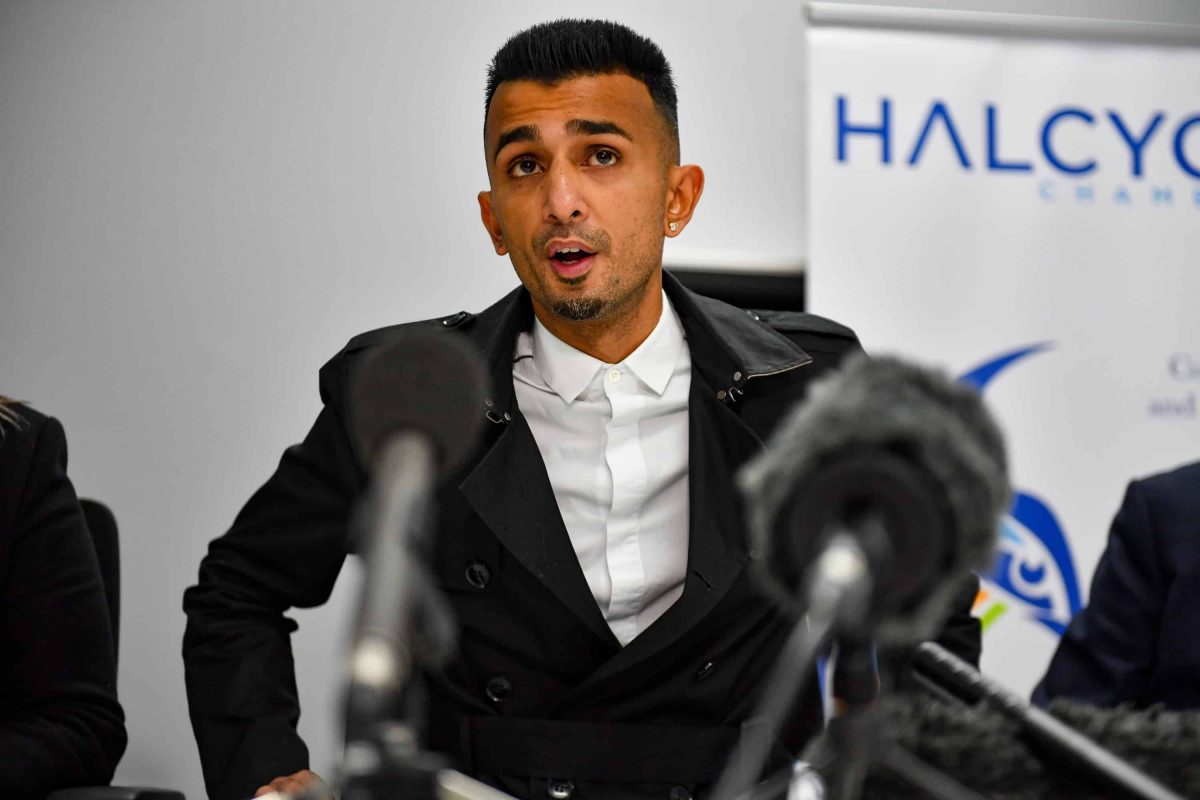 Anti-LGBT equality teaching protesters have reacted with claims of “white” bias, after a judge permanently banned noisy demonstrations from outside a primary school.

The ban, handed down at the High Court in Birmingham on Tuesday, includes a pre-existing exclusion zone surrounding the city’s Anderton Park Primary School.

Head teacher Sarah Hewitt-Clarkson said she was “happy” after the ruling, telling reporters: “We will carry on doing what we do.”

The Department for Education and the city council also welcomed the judge’s decision.

Immediately after the ruling, protester Shakeel Afsar branded the court “one-sided”, pointing out that the judge, the council’s barrister and key witnesses had been “white”, compared with the “diverse” protest supporters.

Speaking at a press conference, he vowed that protests – outside the exclusion zone – would be continuing but was “bitterly disappointed” with the case’s outcome.

Another lead protester, Amir Ahmed, signalled the ruling would be appealed against.

The injunction was made against three individuals – the protest’s main organisers Mr Afsar, Mr Ahmed, and parent Rosina Afsar, as well as “persons unknown”.

Mrs Hewitt-Clarkson had previously described the demonstrations as “awful”, “toxic and nasty”, and has spoken of receiving threats as a result of the gatherings.

The self-styled businessman, who has no children himself at the school, claimed protests were only triggered because the head teacher had not properly consulted parents about relationships teaching.

The judge also awarded the council 80% of the costs of bringing the case, deducting a proportion because part of the claim – for an injunction on the making of abusive social media posts against teachers – had been unsuccessful.

Afterwards, Mrs Hewitt-Clarkson said: “When people say things about you that are not true, that is very difficult.

“It has taken us to come to the High Court to clear that up.”

She added: “We are particularly thrilled that the school has not been criticised at all in anything the judge has said.”

Mr Afsar said: “I do regret to say that I feel the court’s approach in their case has been very one-sided.”

Concluding his remarks, Mr Afsar drew comparison between the “diverse group of people coming together for one cause” in support of the protesters, and others in court.

Mr Afsar said: “Yet when you look at those representing the council and the court, compare faces and backgrounds.

“The councillors who misrepresented their voters were white, the police officers who presented witness statements for the council were white.”

He added: “A lack of impartiality is unfair and when unfairness affects justice that in itself is injustice.”