One of Britain’s most successful rail franchises is set to be sold to the Italian government-run train operator in a £70 million deal. Public transport operator National Express has today (Weds) announced the agreement to sell their c2c rail franchise to the Italian state train company Trenitalia. They claim the deal ‘represents the best, and […] 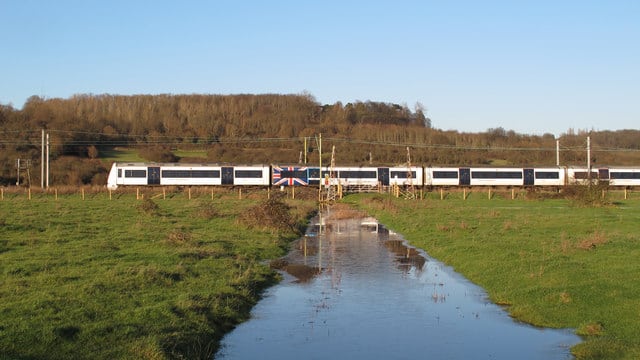 One of Britain’s most successful rail franchises is set to be sold to the Italian government-run train operator in a £70 million deal.

They claim the deal ‘represents the best, and a fair, deal for its shareholders’ on a franchise wher National Express are ‘immensely proud’ of their record.

The bid from Trenitalia, owned by the Italian government, is expected to be considered by the Department for Transport in the next three to four weeks.

It is one of Britain’s best performing franchises, with 97.5 per cent of trains running on time annually.

It was also named London’s best commuter operator in the Which? magazine’s survey of rail companies.

The company were one of the first to be awarded a rail franchise bidding passport in December 2015, and are pursuing a number of other franchise opportunities alongside the c2c deal. “While this has, therefore, not been an easy decision, the board believes the transfer of c2c to Trenitalia UK presents opportunities for all concerned.

“We have been impressed by the commitment and interest shown by Trenitalia and are grateful for the support shown by DfT in this process.

“Trenitalia has significant rail credentials and is excited by the opportunity to invest in the new agenda set out by the Secretary of State.

“For National Express, while not ruling out participating in future UK rail bids, this allows us to pursue further growth opportunities in the markets where we have seen strong returns in the recent years.” Trenitalia is Italy’s biggest train operator, and has run the railways since 1991.

They offer both regional and long-distance trains to Austria, France, Germany, and Switzerland.

Barbara Morgante, CEO of Trenitalia, said: “We see significant chances to invest in UK Rail and this in principle agreement with National Express allows us to foster these ambitions.

“This is why we are extremely delighted to have this exciting opportunity to run the UK’s consistently best performing railway and serve the people of East London and South Essex.

“We will work closely with customers and local stakeholders to apply our vision and deliver improvements that will be visible and valuable; we are confident that British customers will benefit from our skill and capabilities developed in the highly competitive Italian market.

“We are also closely monitoring the Railways Franchising Programme as we intend to participate in tenders issued by the DfT to strengthen our presence in UK.”