"Nobody else puts up with mass shootings in schools. It is not normal. It is insanity," one person said as the death toll continues to rise. 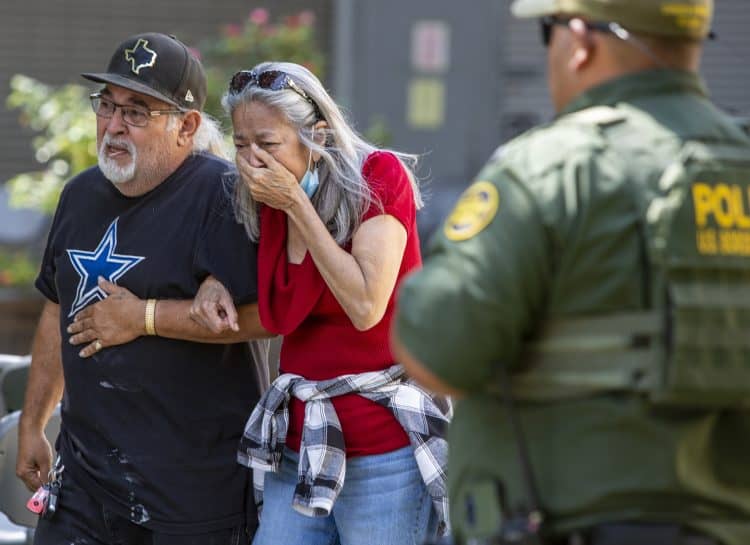 Nineteen children have been killed in the States after an 18-year-old gunman opened fire at a Texas elementary school, officials said.

The death toll also included three adults, according to state senator Roland Gutierrez, who said he was briefed by state police on the fatalities. But it was not immediately clear whether that number included the assailant.

It was the deadliest shooting at a US grade school since a gunman killed 20 children and six adults at Sandy Hook Elementary in Newtown, Connecticut, almost a decade ago.

“My heart is broken”

“My heart is broken today,” said Hal Harrell, the school district superintendent, announcing that all school activities were cancelled until further notice.

“We’re a small community and we’re going to need you prayers to get through this.”

The gunman, who was wearing body armour and had hinted on social media of an upcoming attack, crashed his car outside the school and went inside armed, Erick Estrada of the Texas Department of Public Safety told CNN.

He killed his grandmother before heading to the school with two military-style rifles he had purchased on his birthday, Mr Gutierrez said.

“That was the first thing he did on his 18th birthday,” he said.

Reaction on social media has been fierce, particularly on this side of the channel, with several people calling for America to reconsider its gun laws.