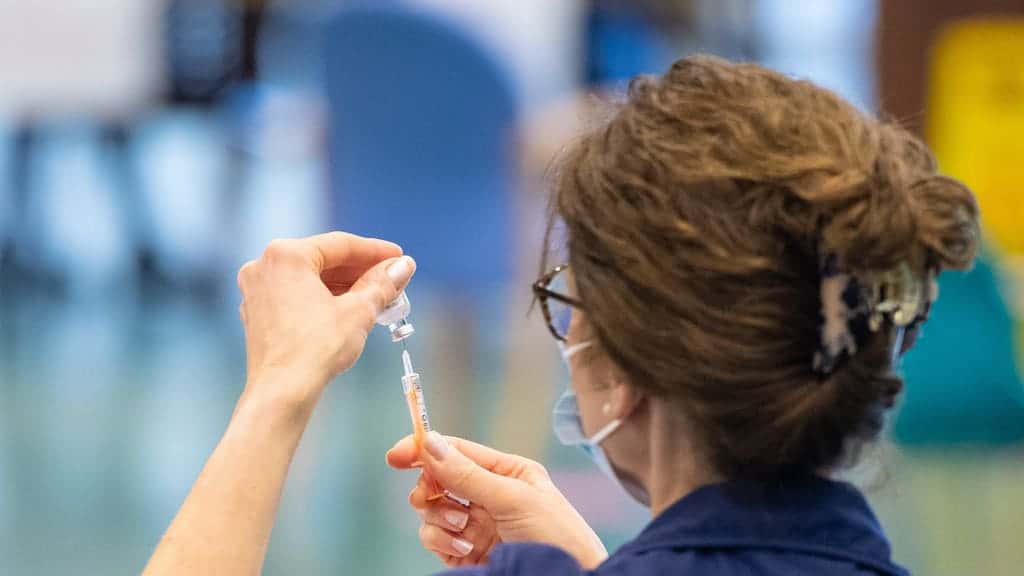 Almost two-thirds of NHS staff say they are considering leaving the service once the pandemic has passed through, shocking new research has found.

On ‘International Thank You’ day figures show 61 per cent of NHS staff are considering leaving amid calls for more resources for the overwhelmed service.

GMB, the union for NHS staff, has demanded the Government move heaven and earth to support demoralised health staff on the international day of thanksgiving.

The stats reveal the lack of support from staff after chronic underfunding of the health service since the Tories came to power a decade ago.

Today GMB joined 13 other unions in launching a fair pay campaign for NHS staff and urging the public to use social media to champion the vital work of all health staff by supporting a decent pay rise.

Since 2009 the NHS annual budget has grown by a measly 1.4 per cent, rather than the 3.7 per cent it averaged since its establishment in 1948.

The figures were revealed in a GMB survey of members in early December, before the Coronavirus peak and national lockdown that took place in late December and the beginning of this year.

The union claims that ‘clapping doesn’t cut it’ and has demanded that the government put more resource into the service to help support beleaguered health workers fight Covid 19.

Rachel Harrison, GMB National Officer said: “This is no way to treat the heroes on the Covid frontline.

“It’s clear that clapping doesn’t cut it anymore, they need to be properly resourced as a minimum.

“Staff morale in the service is at an all-time low due to a decade of Tory cuts, with health spending at its lowest percentage per head for a generation.

“The Government needs to move heaven and earth to support these workers now, so that the service doesn’t collapse as workers look for a lifeboat to exit in.”