"Britain should aspire to be a country that stands up for those who are in danger and welcomes those that need a home." 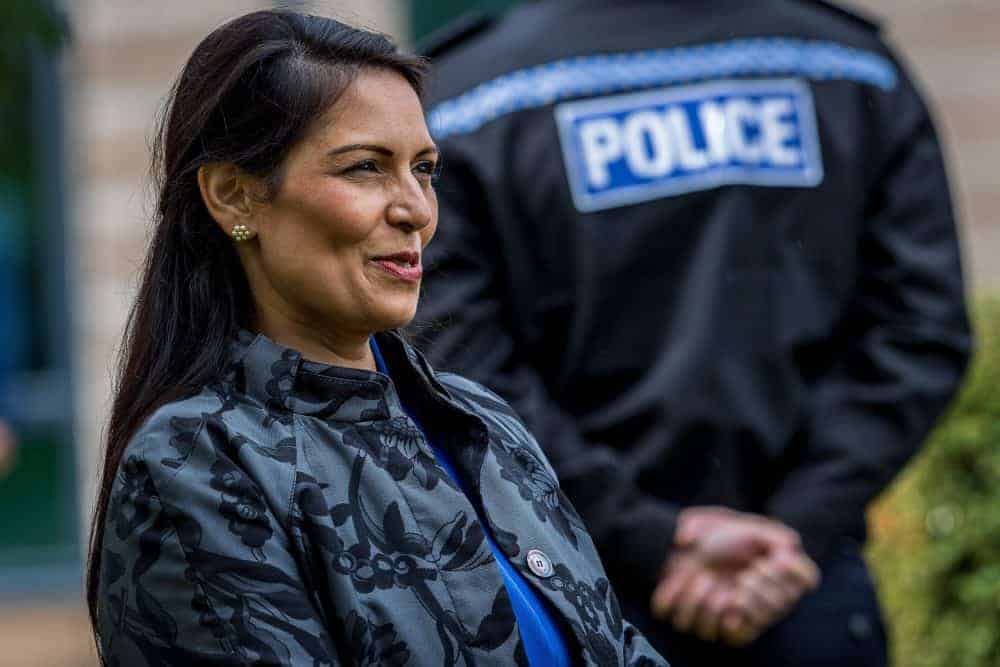 An open letter to Home Secretary Priti Patel hosted on the 38 Degrees website, an online campaigning organisation, has already reached 92,386 as of 9.20am on 26th August.

Patel and the wider Government have come under criticism for the treatment of refugees and migrants attempting to cross the Channel.

This prompted the Government to deploy RAF planes to the English Channel in an effort to tackle the problem. Tragically a Sudanese migrant body was found on a beach in France after attempted the treacherous crossing.

The famous White Cliffs of Dover were lit up with a giant video of Mr Akkad, a Syrian refugee who crossed to Britain several years ago.

He highlighted the “terrifying and devastating” journeys so many people are making to reach the UK by boat, and blamed the Government for using the crisis as a distraction from the coronavirus pandemic.

The giant projection was the latest stunt from Led By Donkeys, a group of activists famed for their giant billboards of politicians’ tweets.

He argued that Britain is not facing a refugee crisis, but the migrant crossings are being used as a distraction by the Government.

The letter can be found here.

Please provide safe refuge for the people risking their lives to get to the UK by boat and ensure the UK prioritises saving lives, rather than punishing refugees and migrants.

No person would take a life threatening journey across the sea unless they were desperate. These are human beings who are trying to protect their children and find safety and a better life for their family – to punish them for this is inhumane.

The UK must not move towards a system that punishes people looking for safety and in need of refuge, we’ve seen what these policies like these can lead to elsewhere in the world.

Instead, Britain should aspire to be a country that stands up for those who are in danger and welcomes those that need a home.

Thousands of members of the British public