Disaster relief charity Shelterbox has come under fire after failing to report three of its aid workers who were involved in allegations of sexual misconduct. The charity, which delivers boxes of emergency kit to disaster zones such as Haiti or Nepal following earthquakes and hurricanes, has admitted “three sexual misconduct incidents pre-2013, one of which […] 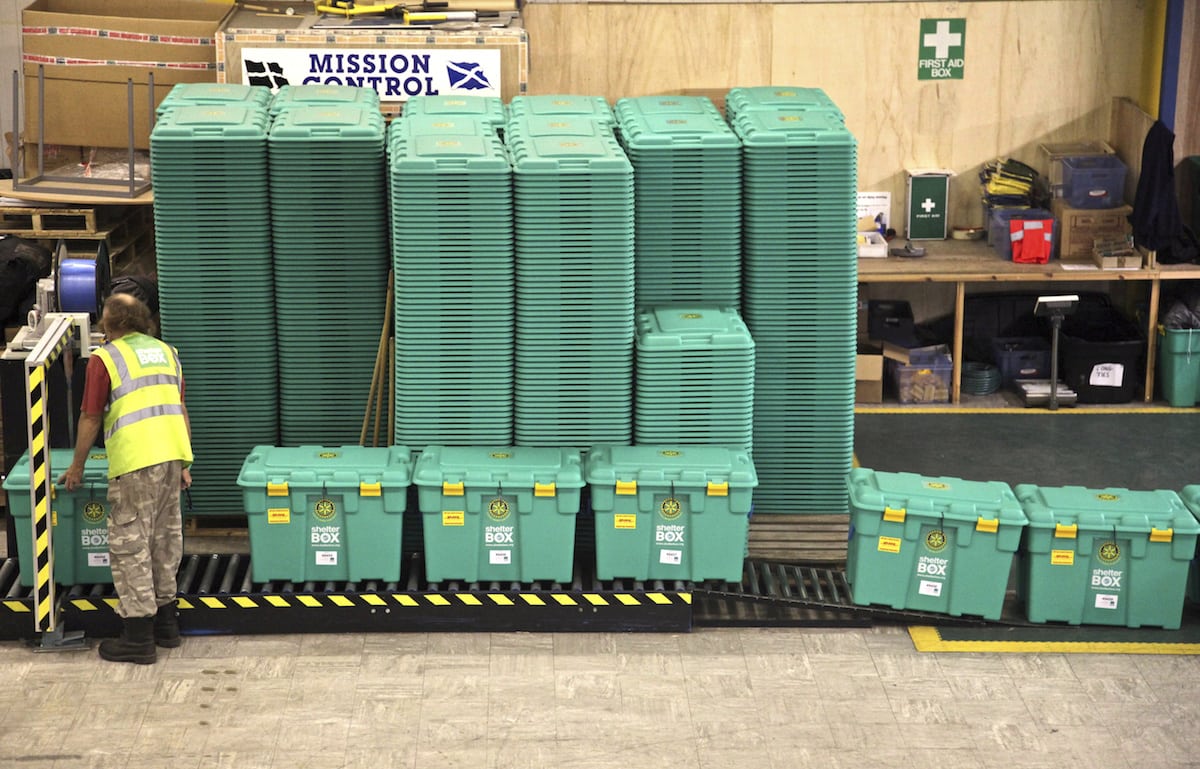 Disaster relief charity Shelterbox has come under fire after failing to report three of its aid workers who were involved in allegations of sexual misconduct.

The charity, which delivers boxes of emergency kit to disaster zones such as Haiti or Nepal following earthquakes and hurricanes, has admitted “three sexual misconduct incidents pre-2013, one of which is unproven”.

However, Shelterbox, which has bases in Truro and Helston in Cornwall and receives millions of pounds in donations each year, reportedly only made a report to the Charity Commission following a BBC investigation.

The revelation comes in the wake of a series of allegations of sexual misconduct by aid workers in other charities including Oxfam.

The Shelterbox allegations relate to incidents which are said to have happened before 2013. The exact nature of any incidents and when and where they took place is still not known.

But Shelterbox has admitted failing to report the incidents to the Charity Commission at the time, as was its duty.

The BBC said it contacted Shelterbox on March 6 with a series of questions relating to allegations of staff paying for sex, and any complaints made and action taken.

In its report it revealed that Shelterbox, which has annual income of around £10m, did not explain why it did not report the serious allegations previously.

Trustees of any charity are obliged to report any serious allegations and incidents to the Charity Commission in a timely manner.

The commission’s guidance on safeguarding states: “If you fail to report a serious incident that subsequently comes to light, the Commission may consider this to be mismanagement.”

The charity watchdog has now said it was in touch with Shelterbox to understand whether the alleged incidents “were handled appropriately at the time”.

It confirmed that a serious incident report was submitted on March 8 concerning “non-recent” incidents only two days after the BBC put its questions to the charity.

A spokesman for the watchdog said: “We are assessing these serious concerns as a matter of urgency.”

Chris Warham, Shelterbox chief executive, said: “These incidents did not involve beneficiaries, were managed swiftly and effectively at the time through immediate dismissal and resignation but were not reported to the Charity Commission, which we should have done.”

Shelterbox was set up in 2000 in Helston by former Royal Navy search and rescue diver Tom Henderson.

Originally the charity delivered green boxes containing essential items, such as a stove and a tent, for people in disaster areas.

In 2014 Shelterbox started providing shelter kits which contain “all of the essential tools people need to start repairing and rebuilding homes”.

The charity, whose president is the Duchess of Cornwall, has helped almost 30,000 households around the world, delivering aid at the scene of disasters areas, including Typhoon Haiyan in the Philippines, flooding crises in Malaysia and the aftermath of Hurricane Matthew in Haiti.

Altogether it has been involved in respite efforts in 16 disaster and conflict zones.

In 2012, the charity’s chief executive and founder Tom Henderson was sacked and later charged with fraud but was found not guilty in court.

Shelterbox have confirmed that Mr Henderson was not involved in any way with the alleged sexual misconduct.

Mr Henderson said he was not aware of the allegations.

A spokesman for the Duchess of Cornwall declined to comment.

According to Shelterbox, the charity had an income of £108m between 2000 and 2015 with more than £43m coming from Rotary International.

A spokesman for Rotary International said: “Rotary has, until very recently, been unaware of the historic safeguarding issues that Shelterbox has now disclosed to the Charity Commission, and it would be inappropriate to comment further until the Commission concludes its review.”