“After I finished a career in business development I just felt I was being asked to use my experience to help those who are struggling, that was when I retired at 60, so for the past 25 years I’ve been trying to do that.” 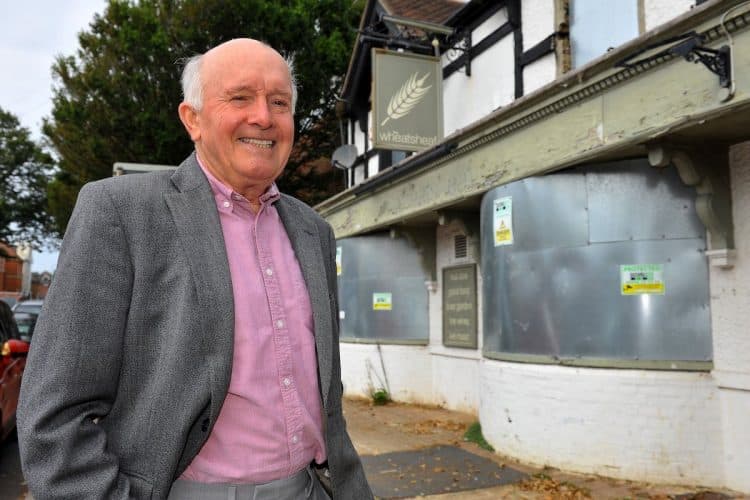 A pensioner wants to convert a derelict seaside pub into a centre to help migrants in the wake of the Afghanistan crisis.

Mike Tyler, 84, wants to ‘revitalise’ the currently closed Wheatsheaf in Worthing, West Sussex, to encourage migrants and overseas students to come to the area.

He plans to start a campaign in the hope of transforming the dilapidated boozer into an international centre to support people arriving in the UK after fleeing war-torn regions.

Mr Tyler, who founded the Global Community Development Network charity based in the seaside town, described the centre as somewhere newcomers could learn the language and get access to vital services.

He said: “After I finished a career in business development I just felt I was being asked to use my experience to help those who are struggling, that was when I retired at 60, so for the past 25 years I’ve been trying to do that.”

Mike added that the old Wheatsheaf pub was an “interesting premises” that could be “put to good use” and used to help those feeling Afghanistan after the Taliban takeover last month.

He said: “The old building could be put to good use as a cultural centre or an international development centre which could encourage people to come in and bring council services into one place for migrants and to provide a base for my charity work and maybe one or two other charities who are helping overseas.

“But such a development would need much local support.”

One of Mike’s goals is to encourage migrants to play a “full part in the community” and create a place people can visit.

He added: “I want people to be encouraged and equipped to settle into the community, understand cultural differences, have English language tuition, and have access to council services at the same place.”

The Wheatsheaf has been empty since losing its alcohol licence in 2017 and there have been several planning applications to knock it down and built flats in its place.

Last April the latest plan to built a three-storey block of seven flats on the site was refused and that decision is now being appealed by the developers.