We “waited so long for help” from Britain. 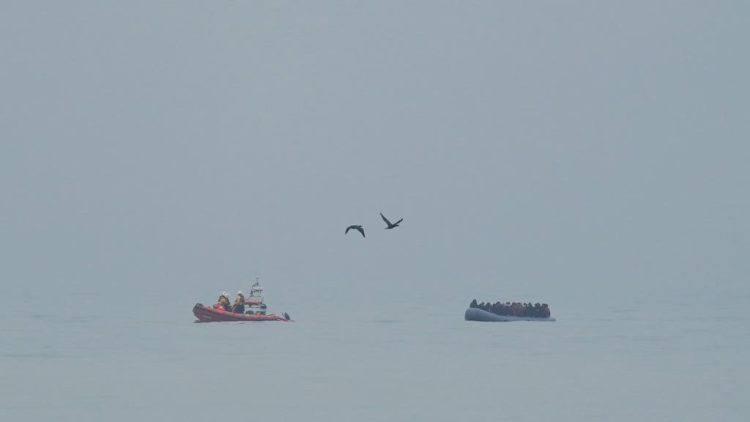 An Afghan soldier who worked with British forces was among 600 people who made the perilous Channel crossing yesterday.

According to the French regional maritime authority, 27 people tragically died making the crossing on board flimsy, makeshift boats included small children and babies from Iraq and Afghanistan.

Among the migrants was an Afghan soldier who had worked with British forces. His family had decided to risk their lives to cross the channel after they “waited so long for help” from Britain.

His brother, who gave his name as Khan, 40, said they had fled the country in the aftermath of the Taliban takeover.

Speaking to The Times he said: “Of course we left because of the Taliban. We had a house, we had a life, everything. But the problems started with the Taliban.”

He carried the family’s documents in a wet folder, wrapped in plastic bags, which included an ID card showing his brother’s participation in joint US-Afghan military exercises.

“Because he worked with the British, this is problems with the Taliban. All the time, this is why I come with my children.

“We have all the documents, but we waited so long for help,” he added.

Boris Johnson has called on France to agree to joint police patrols along the French Channel coast after the crisis in the Channel.

The Prime Minister spoke to President Emmanuel Macron on Wednesday evening in the wake of the worst incident of its kind in the Channel since the current migrant crisis began.

Downing Street said they had agreed to “keep all options on the table” in their efforts to break up the human trafficking gangs responsible for putting desperate people at risk in one of the world’s busiest sea lanes.

The aim is to prevent migrant boats from attempting the perilous crossing but the French have previously resisted amid concerns about the implications for their national sovereignty.

Mr Pursglove said, however, the last incident showed the two countries needed to deepen their co-operation in dealing with the issue.

“The Prime Minister and President Macron have had exactly that discussion this evening. That is something that I am very keen to see happen,” he told BBC2’s Newsnight.

“It is the case that in the past we have offered to host and to help with joint patrols. I think that could be invaluable in helping to address this issue. I really do hope that the French will reconsider that offer.”

There was shock and dismay on both sides of the Channel at what was widely described as a “tragedy”.

A joint search and rescue operation by the French and British authorities launched after a fishing boat spotted people in the sea off France was finally called off late on Wednesday.

French interior minister Gerald Darmanin said the dead included five women and a girl while two survivors had been picked up and were being treated in a French hospital. One of the dead women was later reported to have been pregnant.