"That's my name. It's always been my name. I'm taking back what's mine." 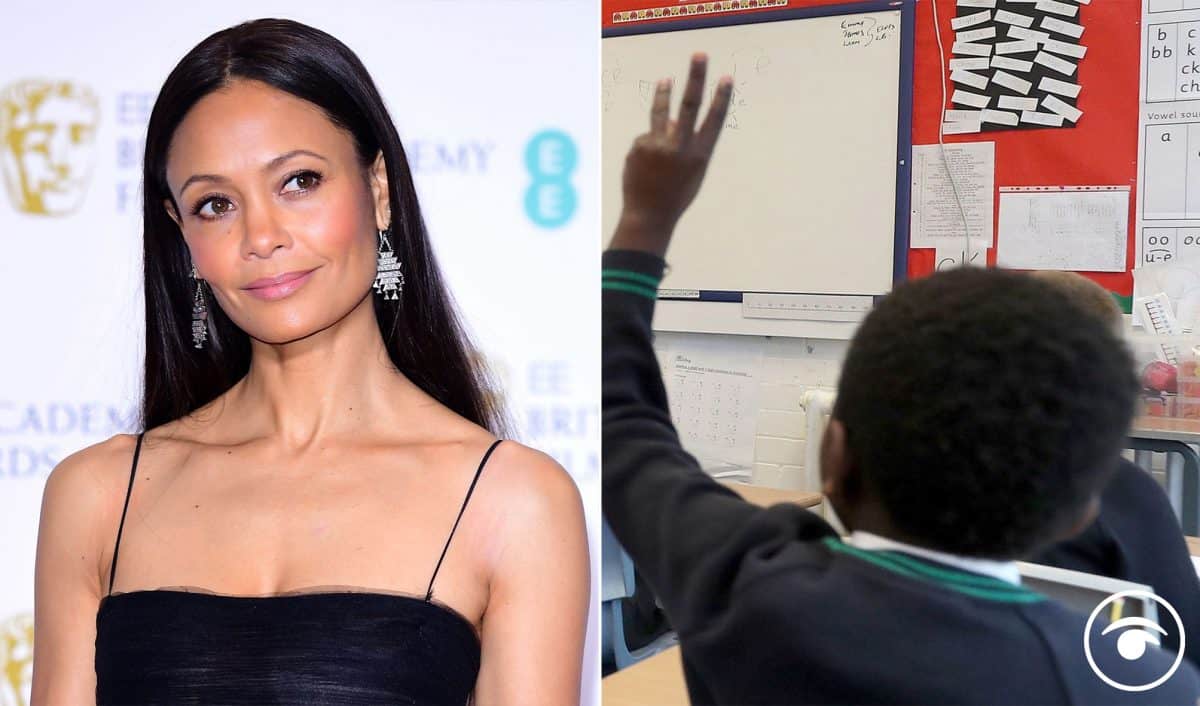 Actor Thandie Newton has said she is reverting to the original Zimbabwean spelling of her first name, Thandiwe.

The actress has hitherto been known as Thandie, an anglicised version of her name with the “w” absent.

All of her films will now be credited with the name Thandiwe (pronounced “tan-DEE-way”) Newton in future.

When auditioning for her debut role, alongside Nicole Kidman in Flirting, the Australian director John Duigan was not quite satisfied with her shade. “Can you be a bit darker?” he said. “I dunno,” said Thandiwe. “Be darker by Monday,” he said.

So she spent the weekend covered in coconut oil and frantically bronzing. “Got the role. Colourism has just been the funniest. I’ve been too Black, not Black enough. I’m always Black. I’m just like, whadda you people want!”

Also in the interview she also discusses a sexual assault, by a director, she suffered.

“There’s a moment where the ghost of me changed, you know, and it was then, it was 16,” Newton remembered.

“He derailed me from myself utterly. I was traumatised. It was a kind of PTSD for sure. I was so distraught and appalled that a director had abused a young actress, and that it was happening elsewhere, minors getting abused and how f***ed up it was. I was basically waiting for someone to come along and say, ‘Well, what shall we do about this?’’’

Her comments come as the contribution of black people to British history and culture should be taught in all subjects at school, a union conference has been told.

The NASUWT teaching union’s annual conference heard that the national curriculum is “lacking” and some teachers have taken it into their own hands to “decolonise their classrooms”.

A motion passed at the conference said education should equip all children to understand and respect a variety of histories, cultures and traditions.

It noted that the national curriculum should “reflect, respect and value the contributions of all communities” that have contributed to building the UK.

Calls to decolonise the curriculum and boost diversity in schools, colleges and universities have gained momentum over the past year following protests in support of the Black Lives Matter (BLM) movement.

Michelle Codrington-Rogers, former president of the NASUWT, acknowledged there was “some discomfort” with the topic among teachers.

But she said: “We have a responsibility to be inclusive for all of our students and this starts with us ensuring that there is black visibility for our children and young people. Not just black children, but all children.

“It is crucial to recognise that black history is all of our history.”

Ms Codrington-Rogers said: “Many schools and our colleagues focus on and centralise the pain and suffering of communities, such as slavery and partition, and that does have long-lasting effects on the students who are taught their heritage is only based in pain.”

She told the conference: “The national curriculum is lacking and the fact that our exam boards don’t value and reward the diversity of content is an issue.”

She said Government curriculum reviews centring on the classics “over and over again above diverse voices, for example in the English curriculum, speaks volumes”.

Ms Codrington-Rogers, a citizenship teacher from Oxford, said: “All subjects need to ensure that there is inclusivity in their teaching.

“That there is black visibility in design tech and modern foreign languages, science and English, music and geography, art and maths, computer science and citizenship, food technology and drama.

“All subjects have a responsibility to change the narrative that black people have only got a history of enslavement and colonisation.

“We built the pyramids, developed modern numbers, built universities. Our ancestors were philosophers, scientists, military strategists, authors, writers, activists and so much more.”

Her comments came after two Commons select committees have considered calls to decolonise and diversify the curriculum after hundreds of thousands of people signed petitions on the issue.

Delegates voted for the executive to publish materials and resources on decolonising the curriculum and to lobby the Government to secure “inclusive curricular entitlements”.

Dr Patrick Roach, general secretary of the NASUWT, said: “The Black Lives Matter movement has dramatically highlighted racial injustice and inequality. However, we must ensure that these momentous protests lead to long-lasting and tangible progress within our society.

“Education has a vital role to play in teaching future generations about our country’s shared history, promoting equality, inclusion and respect for others, and in teaching about the historical injustices that continue to drive all forms of discrimination and extremism in our society today.

“The NASUWT is calling for the decolonising of curriculums across the UK. We will be lobbying governments to secure inclusive curriculum frameworks, which recognise and celebrate the contributions of all citizens.”

Related: Ashley Banjo: ‘I got 100 racist tweets a minute after BLM-inspired dance’