"There were hundreds of people whose lives were literally wrecked." 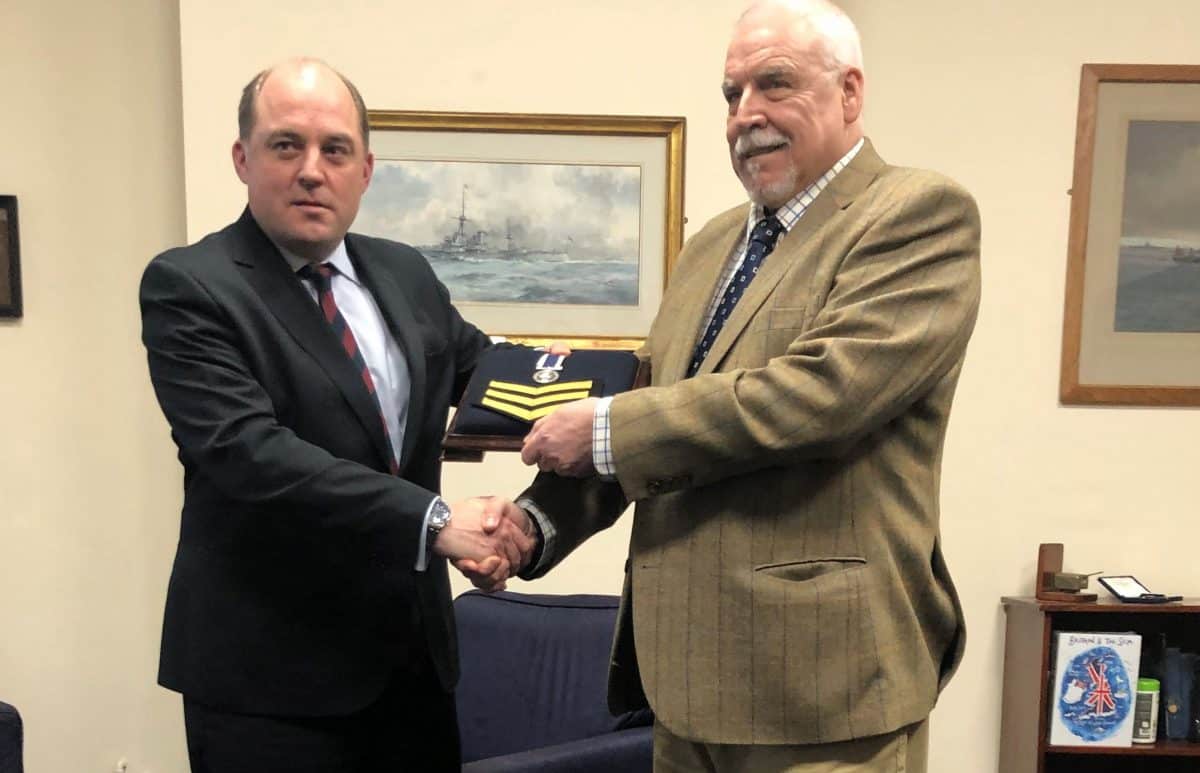 Handout photo issued by Liberty of Falklands veteran Joe Ousalice (right), 68, being given his medal for long service and good conduct by Defence Secretary Ben Wallace.

A naval veteran who was kicked out of the armed forces for being bisexual in the 1990s has said he was left stealing from farmers’ fields to survive.

Joe Ousalice, 70, lost his family, home and livelihood almost overnight after being court-martialled in November 1993, as well as having his pension cut.

He made the comments following the Ministry of Defence’s (MoD) announcement that veterans who were dismissed from service because of their sexuality can now reclaim the medals stripped from them.

Mr Ousalice, from Southampton, Hampshire, had his medal for long service and good conduct confiscated when he was discharged.

The MoD’s announcement comes after Mr Ousalice successfully took it to court to have his medal returned.

The MoD said it wanted to address a “historical wrong” with the launch of the scheme.

Gay people and other members of the LGBTQ community were not allowed to serve in the military until a rule change in 2000.

Mr Ousalice told the Today programme that he had been court-martialled on a separate matter, of which he was cleared, but found guilty of “conduct prejudicial to the good order and naval discipline” for his sexuality.

The former radio operator had an 18-year naval career in the Navy and served in the Falklands War and the Middle East, as well as six tours of Northern Ireland.

He described his treatment as “absolutely disgusting”.

“I was taken to the captain of HMS Portland Naval Base and told in no uncertain terms how disgusting people such as I had no place in the armed forces,” he said.

Mr Ousalice added: “(The captain said) he revolted in the thought of me and wanted me out as soon as possible.

“They just chucked me out with no back up, no support from anybody, I had no money coming in,” he said.

“I lost my house in Cornwall, I lost my family, I was looking for work left, right and centre and basically I was pinching food from farmers’ fields to survive.”

A statement on the GOV.UK website says: “Prior to 2000, a number of armed forces personnel were discharged from service on the basis of their sexuality.

“Some received convictions under specified legislation for homosexual behaviour that has now been decriminalised, while others were discharged solely on the basis of their sexuality, without any conviction.

“In the course of their discharge, some personnel either forfeited medals directly, or were prevented from continuing to serve and thus denied the ability to regain medals that might previously have been forfeited for unrelated reasons.

“The MoD is committed to addressing this historical wrong and is introducing a policy which enables individuals to apply to have their medals restored.”

Under the scheme, affected former personnel can apply to have their case reviewed by the defence council, with successful applicants receiving a new medal from the MoD’s Medal Office.

Relatives of affected ex-military members who have since died are also able to apply for a review.

Former naval officer Craig Jones, author of Fighting With Pride, said: “There were hundreds of people whose lives were literally wrecked.

“They stepped forward for the privilege of military service and people like Joe were hunted down, sent to prison and dismissed and I congratulate Joe on his work to bring attention to the plight of this LGBTQ+ group of veterans.”

He said the announcement showed “it’s time to look at how we can map out a different future” for LGBT military personnel.

He added that he believed compensation “must be on the horizon”, as well as royal pardons and offers of packages of education, resettlement and training that would normally be given upon a serviceman’s departure from the military.