Ministers have been accused of a U-turn on foreign holidays - but a large number of Brits say they'll ignore advice and go anyway. 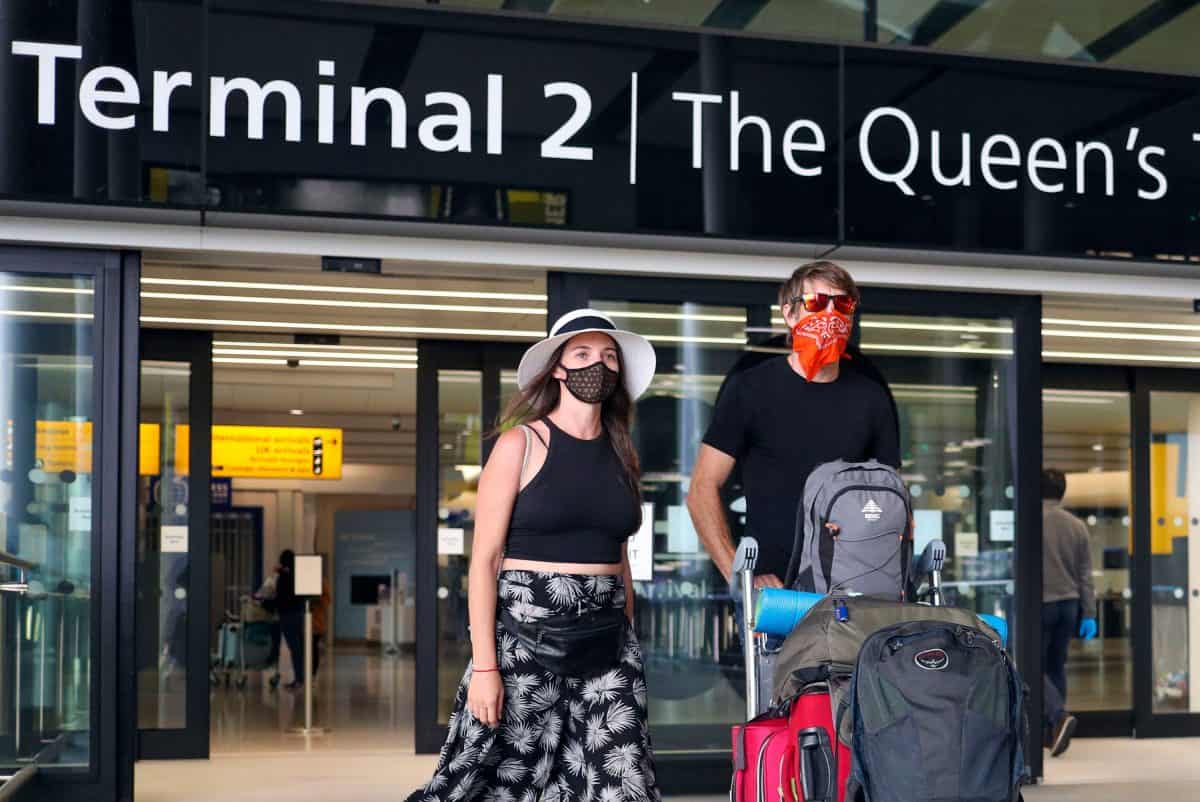 A quarter of Brits have holidays booked to amber list countries – with as many as 75 per cent insisting they’ll go regardless of quarantine rules.

Industry bodies have called for the “failed and damaging” traffic light system for international travel to be scrapped to save the UK travel and tourism sector, while Labour has criticised it as confusing to the point of dangerous.

The risk-based system with red, amber and green ratings for countries around the world determines the quarantine and coronavirus testing requirements people face when returning to the UK.

But Portugal being moved from the green to amber caught many holidaymakers by surprise and left thousands of tourists scrambling to get home before new quarantine rules came into force on Tuesday morning.

It led to the government facing accusations it had not kept to promises over a “green watchlist” that would have given travellers increased warning about a country potentially coming off the safe list.

Nonetheless, despite the chaos, new research from insights agency Perspectus Global suggests that around 24 per cent of Brits claim they currently have holidays booked to amber list countries like Italy or Spain.

And two-thirds of those with trips abroad planned in the next few months claim they are happy to go against the government’s advice and go ahead – despite testing and quarantine requirements.

Ministers were accused of performing a covert U-turn over foreign holidays yesterday, after George Eustice – the environment secretary – said Britons should “holiday at home” because of the threat posed by coronavirus variants.

He said that the government had planned to add countries to its quarantine-free “green list” – but suggested this was “not the situation” any more, because of the spread of the Indian variant.

“My advice to people would be holiday at home,” he said. “We’ve got some great places here.”

Matt Hancock, the health secretary, said on Monday that reopening international travel would be “challenging”. Grant Shapps, the transport secretary, had said last month that Brits would not have a “very long time to wait” for an expanded list of possible holiday destinations.

Amid the confusion, the London-based World Travel and Tourism Council (WTTC) said the government must scrap the system which has “wreaked havoc” among consumers and businesses in order to save hundreds of thousands of jobs.

The WTTC said that moving to a more transparent and easier to understand system will restore consumer confidence and provide a “much-needed” boost to the travel and tourism sector.

It warned that a further 218,000 jobs were at “serious risk” if international travel continued to be off limits for most of the summer, on top of the 307,000 jobs which were lost in the UK sector last year.

“Consumers, airlines and the wider travel sector were promised a watchlist and three weeks’ notice of any changes from green to amber, and not just four days.

“It has been incredibly disruptive and costly for both travel and tourism businesses and consumers. It simply hasn’t worked.”

Speaking on the BBC’s Andrew Marr Show on Sunday, shadow foreign secretary Lisa Nandy said: “I think we’ve got a real, real problem with the travel system that the government has put in place.

“We’ve currently got countries on the amber list which the government is basically urging people not to go to but allowing people to go to with very lax quarantine requirements when they come back.

“We think the amber list should be scrapped. We think it’s pointless. We think it’s confusing and that confusion is actually dangerous at the moment.

“It risks unravelling all of the progress that we’ve made.”

Related: Cost of Eat Out To Help Out scheme ‘similar to year of school recovery’