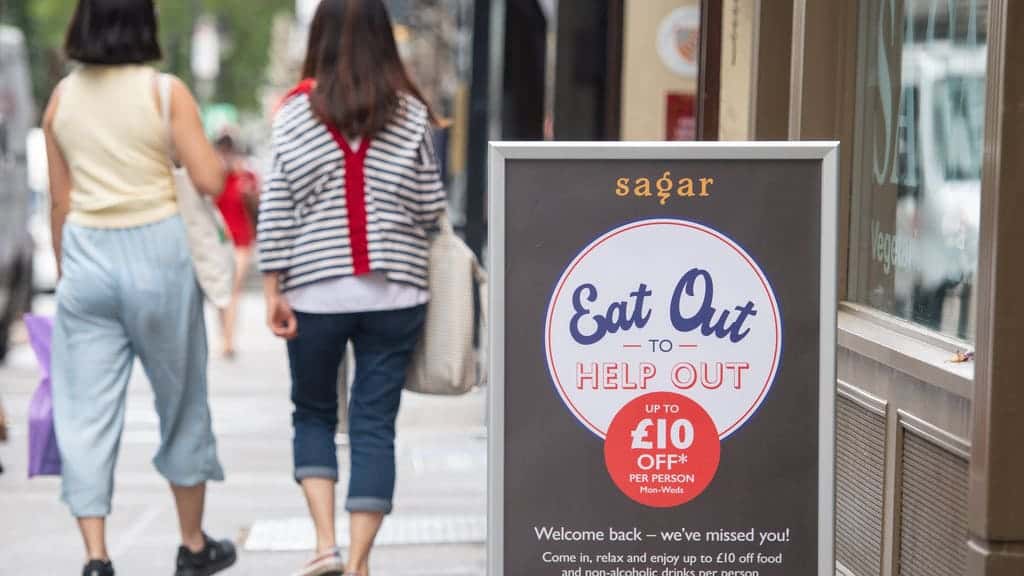 Ministers are spending a comparable amount on the coronavirus catch-up plan for pupils in a year as was spent on the Eat Out To Help Out scheme in a single month, according to new research.

The Government has been under pressure over the £1.4 billion education recovery fund, which prompted the resignation of its catch-up adviser over fears it “falls far short of what is needed”.

The education recovery plan will see around £984 million spent in England over the 2021/22 academic year, compared to £840 million being spent in a month of Eat Out To Help Out, the study said.

Government “spent almost as much subsidising meals in pubs”

It added that the package amounts to around £50 per pupil per year, which the EPI says must be 10 times higher.

Former schools minister David Laws, who is now the think tank’s executive chairman, said: “It is striking that in one month the Government spent almost as much subsidising meals in pubs and restaurants as it is now proposing to spend to fund education recovery over one full year for around nine million children.”

The Association of School and College Leaders said the research suggests the Government considers education “less important than measures to support the hospitality industry”.

A Department for Education spokeswoman said: “We have committed to an ambitious and long-term education recovery plan, including an investment to date of over £3 billion and a significant expansion of our tutoring programme, to support children and young people to make up for learning lost during the pandemic.”

Labour will seek to heap pressure on Boris Johnson in the Commons by asking Tory MPs to vote for an opposition motion calling for him to bring forward a more ambitious plan.

Though not binding on the Government, Labour hopes the debate would highlight a series of “failures”, including on free school meals and the exams fiasco.

Shadow education secretary Kate Green said: “This catalogue of chaos makes a mockery of the Prime Minister’s claim that education is a priority.

“Boris Johnson has not lifted a finger to secure the investment in children’s futures his own education expert said is needed, announcing a recovery plan that is totally insufficient to help every child bounce back from the pandemic.

“Conservative MPs will have the chance to vote with Labour today and finally commit to ambitious plans to invest in our children’s futures.”