“Children with relatives in the UK should not be surviving alone in camps and carparks in Europe, or pushed into the hands of people smugglers because safe, legal route to reach their family are shut down." 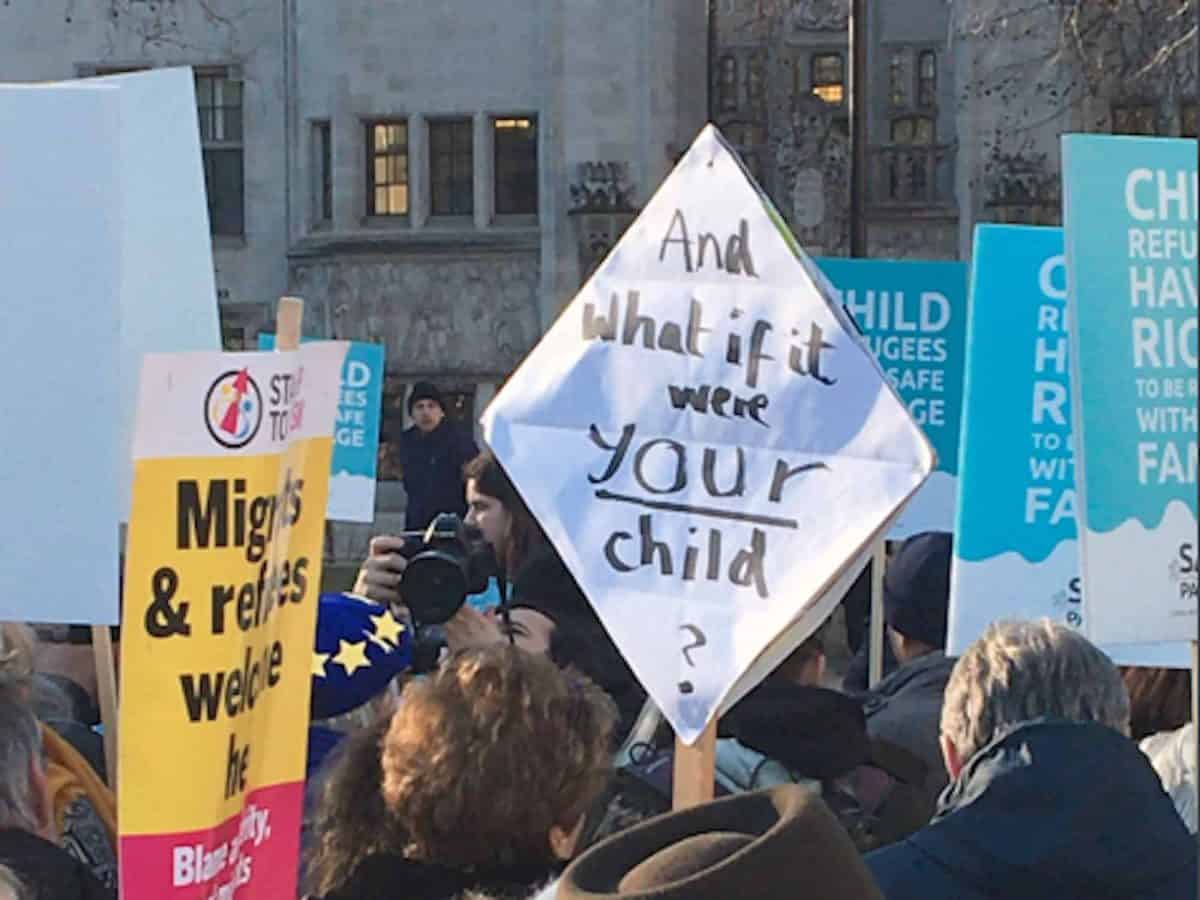 Former child refugee Lord Alf Dubs handed a petition signed by over 200,000 people calling for promises to lone child refugees to be kept to the House of Lords as they debated the EU Withdrawal Bill.

Earlier the Labour peer who fled the Nazis on the Kindertransport in 1939, was joined by Labour, SNP and Lib Dem MPs calling for the House of Lords to reject Boris Johnson’s amendment that went back on his original promises in the Brexit deal MPs passed before the General Election.

Yet Clause 37 of the Bill replaces the pledge to protect the unaccompanied refugee children with a watered-down vow for ministers to “make a statement” on the progress of the talks once the divorce with Brussels is complete. Labour branded the move “disgraceful”, while the SNP said it could have “tragic consequences.”

Lord Dubs’ fight to keep protections for child refugees after Brexit has been given a boost as a Change.org petition (LINK HERE) has rapidly grown to more than 200,000 signatures in support of the campaign.

The viral petition comes as the House of Lords vote on an amendment today in response to the Government’s vote to water down protections for child refugees to be reunited with their families.

Melissa and Hannah Pawson, who started the petition, have volunteered in refugee camps in Calais and Greece. They say that unless the scheme is protected, young children will take dangerous routes to try to be with family in the UK. This puts them at risk of exploitation and being smuggled in the back of unsafe lorries with horrendous conditions.

“Who could be against children being with their families? It’s a scandal,” Lord Dubs told the crowd gathered outside Parliament. “Family reunion for child refugees is the simplest thing in the world.”

Beth Gardiner-Smith, CEO of Safe Passage UK who organised the protest and help refugee children to safety, said:  “Children with relatives in the UK should not be surviving alone in camps and carparks in Europe, or pushed into the hands of people smugglers because safe, legal route to reach their family are shut down.

“We urge members of the House of Lords to be the ‘conscience’ of parliament and persuade Boris Johnson to rethink this dangerous decision. The Government insists it still backs refugee family reunion.

“But its decision to scrap legal protections does nothing but spread panic and send a dangerous signal to families and child refugees. Without this amendment, there is no guarantee that children will be able to safely reunite with grandparents, siblings, aunts and uncles after Brexit – 95% of the cases we as a charity currently support. ”