Shocking images show a 76-year-old gran being forced to sleep on chairs in a crammed A&E department. Jacqueline Hickson, 76, waited a staggering 62 hours for a bed after she was rushed to hospital with breathing problems. Bosses at Glan Clwyd Hospital, in Rhyl, north Wales, say the heatwave has caused a spike in patient […] 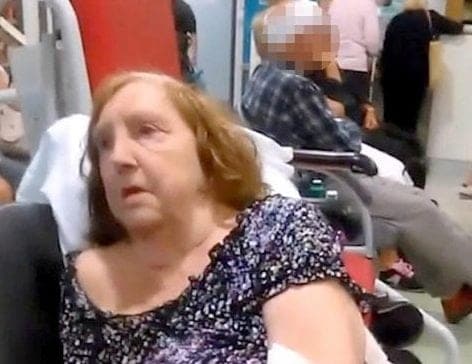 Shocking images show a 76-year-old gran being forced to sleep on chairs in a crammed A&E department.

Jacqueline Hickson, 76, waited a staggering 62 hours for a bed after she was rushed to hospital with breathing problems.

Bosses at Glan Clwyd Hospital, in Rhyl, north Wales, say the heatwave has caused a spike in patient demand.

Mrs Hickson’s daughter Janine Foden was so outraged she filmed her mum struggling to get some rest in the packed A&E department when she took her in on July 15.

“It was absolutely horrendous,” she fumed.

“I blame the bed blocking system and the Government – they keep saying things will change for the better but it’s not.

“Something needs to change now.

“I’ve written a letter to the local MP to get something done about this.” 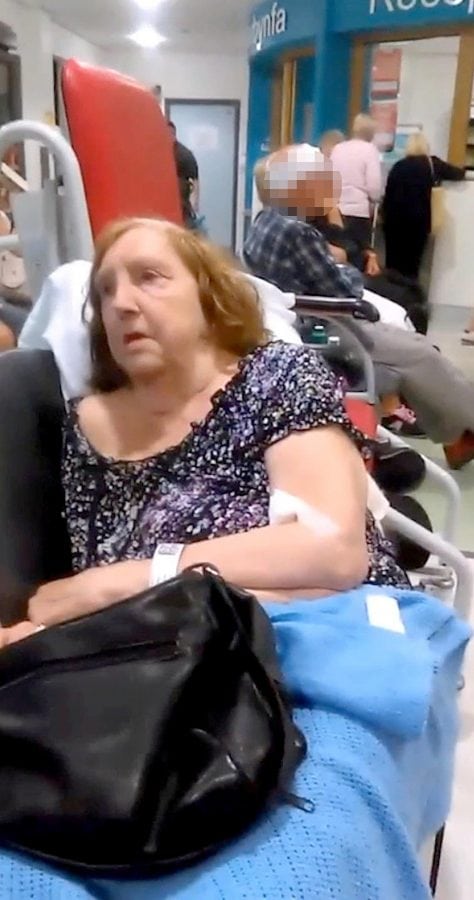 The next day at 1.30pm Mrs Hickson was put on a trolley where she slept another night before she a bed finally became avaliable in the acute medical unit (AMU).

Mum-of-seven Janine, 56, said: “I went with my mother to the hospital after she had difficulty breathing and a chest infection.

“We got there about 2pm and was waiting in a queue of four other ambulances waiting to get in.

“At around 3pm, my mum was taken in the A&E waiting room and seen by a triage nurse 50 minutes later.

“They checked her over and did blood tests – after that we went back to the waiting room.

“I was given a pillow case and blankets to stuff in the pillow case because they had no more pillows – and extra blankets.

“I made a make-shift bed for my mother so she could rest.

“I don’t blame the staff they were doing the best they could – I mean they were really upset to see my mother in the situation.

“My mother has been poorly for a while but in the last six months she has really gone downhill.

“There was three doctors but they were all busy as three traumas had just come in.

“Just before midnight, my mum saw a doctor who referred her for an X-ray.

“We put her in an easy chair to make her feel more comfortable at 1.30am – she was there until the next day with four other poorly patients.

“There was so many people on trolleys – the line went into the hallways.

“On the Tuesday at around 3.30pm my mum finally got a bed on the AMU and has been there ever since.

“My mum felt really embarrassed by the whole thing, I mean what adult wouldn’t in that situation?”

General Manager for medicine at Glan Clwyd Hospital, Mark Andrews apologised and blamed the increased demand on the current heatwave.

He said: “We apologise to Mrs Hickson for her wait in the emergency department at Glan Clwyd Hospital.

“The hot weather we have been experiencing has led to an increase in patients presenting with respiratory and cardiac problems especially those who are frail, vulnerable or who have chronic conditions and as a result, some patients in our Emergency Department waited longer than we would like for treatment.

“Patients are always prioritised according to their clinical need, ensuring those who have a higher clinical risk are treated and moved into appropriate departments as soon as possible, and monitored throughout their time in our emergency departments.

“We are working very hard across the health board to reduce the demands on our emergency care services by directing patients to the most appropriate setting for treatment.”