"...Ajax is still in limbo, behest by suspicions that it’s simply too big to be allowed to fail,” said John Healey 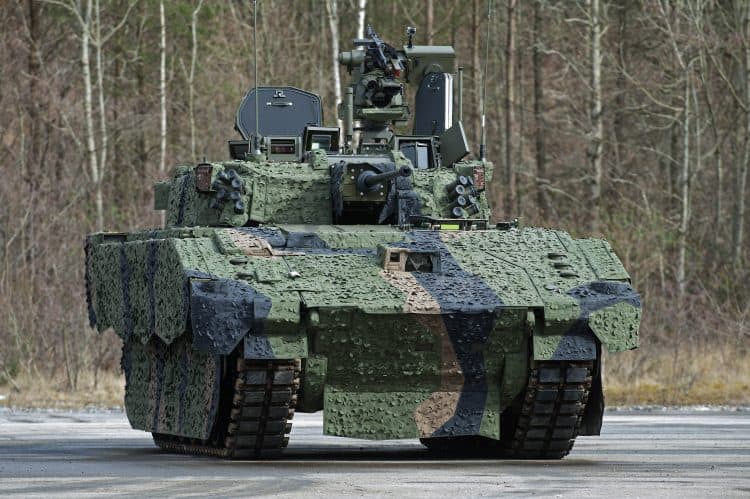 A review of the £5.5 billion Ajax light tank programme found it had “serious failings” and exposed military personnel to “potential harm”, a defence minister said.

Jeremy Quin told the Commons he was “horrified” by the conclusions of a report into the health and safety concerns around noise and vibration linked with the project, but said: “My hope is that this can still come into service as an absolute first-in-class vehicle.”

He told the Commons 17 military personnel who worked on the project are “under specialist outpatient care for their hearing, some of whom are again expected to return to duty with no health impact”.

Labour branded it “the biggest defence procurement failure of the past decade”.

Conservative former defence minister Andrew Murrison said the findings are “truly shocking” and added: “The Ajax programme wins the competition, from a very long list, as the poster boy of defence procurement disasters.”

Defence minister Mr Quin told the Commons he and the Defence Secretary were “deeply concerned about progress on this troubled project which has been running for over 11 years”, and so commissioned the report from the Ministry of Defence’s director of health, safety and environmental protection into the health and safety concerns raised by noise and vibration.

“The review finds serious failings in the processes followed. The result was that personnel worked on a vehicle that had potential to cause harm.

“The review finds that the failure was complex and systemic. It finds that a culture exists of not treating safety as equally important as cost and time in the acquisition process.

“From a cultural perspective, the Army did not believe it was potentially causing harm to people, especially from vibration, as it was tacitly expected that soldiers can and should endure such issues.”

He said a further review will be commissioned and undertaken by a “senior legal figure” to “look more deeply at Ajax, and not just health and safety, to examine the cultural and process flaws that it has highlighted”.

He said: “We will leave no stone unturned to learn these lessons.”

General Dynamics UK is responsible for the design and build of the Ajax vehicles, Mr Quin said, and the vehicles it delivered for use in trials “had levels of noise and vibration that were higher than usually expected” for the type of vehicle and were “above the statutory limit”.

He said: “This exposed our personnel to potential harm. This exposure was not prevented by the MoD due to a series of failures to act when concerns were raised by expert advisors and by soldiers operating in the vehicles”.

He said all personnel identified as having worked on Ajax have been identified. “Forty declined to be assessed for hearing, but of the remainder I’m pleased to report that the vast majority have returned to duty with no health impact,” he said.

MPs heard the MoD has ordered 589 of the vehicles and “will not accept a vehicle that is not fit for purpose”.

Mr Quin said: “It remains impossible to share with this House 100% confidence that this programme will succeed, or if it does the timing of achieving full operating capability.

“However, we are working closely with General Dynamics on noise and vibration and they are showing great commitment to resolving these issues.”

Mr Elwood said: “The real scandal here today is the cover-up and dishonesty that led to the Integrated Review hiding the very problems that he speaks about today with Ajax so this vehicle programme would not be axed.”

Mr Quin said the UK is able to maintain its operational commitments.

He said the MoD permanent secretary has been asked to look further at the issue of hearing loss in the military.

“This very advanced fighting vehicle employs 4,100 in south Wales and across the UK. We all want it to succeed and deliver what the British Army requires”, he said.