Deep poverty occurs when people live on less than half of what they need to stay above the poverty line. 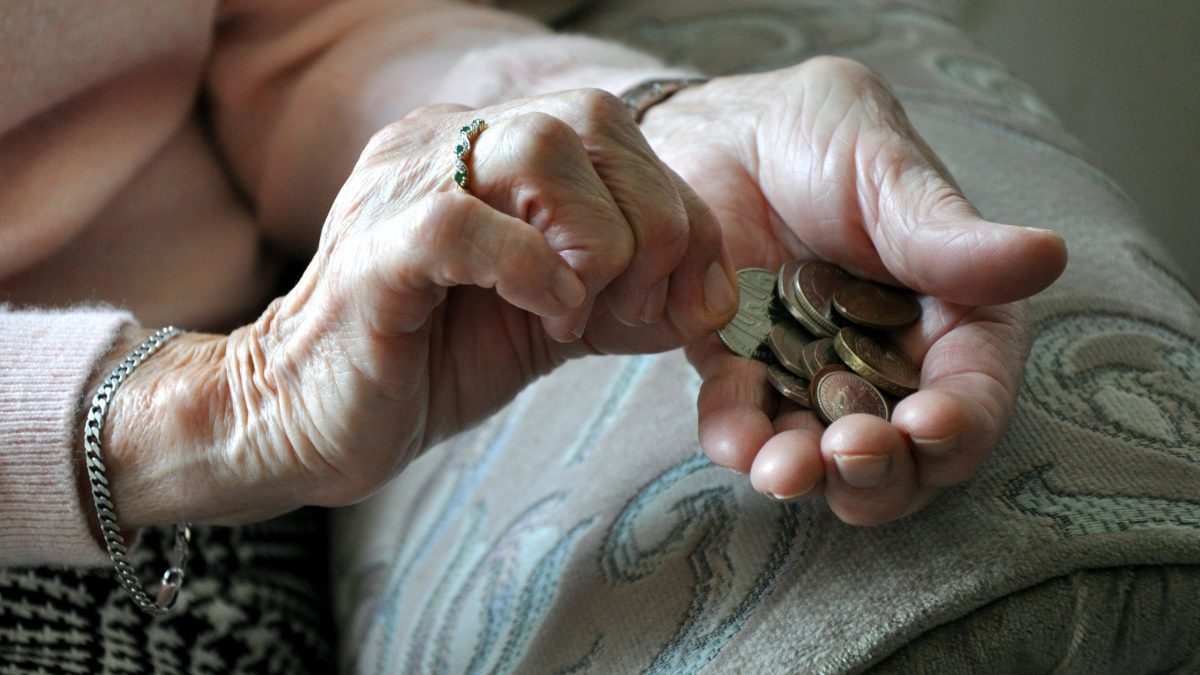 Around 4.5 million people are experiencing the deepest levels of poverty in the UK and have been hardest hit by the coronavirus pandemic, a commission has found.

The proportion of the UK population in “deep poverty” has risen more than a third from 5 per cent to 7 per cent over the last two decades, while the overall poverty rate has remained largely unchanged, the Social Metrics Commission (SMC) said.

It means there are 1.7 million more people in deep poverty – living on less than half of what they need to stay above the poverty line – compared to roughly 20 years ago.

And this group is being disproportionately affected by the coronavirus pandemic, it added.

The SMC collected data between April 2018 and March 2019 to provide a comprehensive account of poverty in the UK.

In response to the Covid-19 outbreak, it then worked with YouGov to poll almost 80,000 people in Britain during March and May 2020.

Of these, 2.4 million were found to be in “persistent poverty” which has lasted for at least two of the last three years.

The overall UK poverty rate has remained stable, dropping from 23 per cent to 22 per cent over the same period.

This equates to 14.4 million people living in poverty before the Covid-19 crisis including 4.5 million children; 8.5 million working-age adults; and 1.3 million pension-age adults.

Poverty rates were highest amongst families with children, and higher for black and minority ethnic families.

The highest poverty rates in England were in London (29 per cent) and the North East (26 per cent).

Overall, more than a quarter (26 per cent) of those in deep poverty have experienced a negative change in their earnings or employment status since the coronavirus outbreak.

Around two in three (65 per cent) of adults employed and in deep poverty prior to the pandemic have experienced reduced hours or earnings, been furloughed or laid off.

This compares to around one in three (35 per cent) of adult employees living more than 20 per cent above the poverty line.

And more than a third (36 per cent) have had their hours or pay reduced, compared to 22 per cent of those living more than 20 per cent above the poverty line.

The research shows those living in poverty or just above the poverty line have also been disproportionately affected.

Twelve per cent of this group have lost their jobs as a result of the pandemic, compared to 7 per cent of those living more than 20 per cent above the poverty line.

SMC chairwoman Baroness Philippa Stroud said: “It is extremely concerning that the proportion of people experiencing deep poverty has risen since the millennium, through governments of all colour, and is likely to continue to increase as the country struggles with the ongoing effects of the coronavirus pandemic.

“Our analysis indicates a picture where, over the last 20 years, rising employment rates for those in poverty were helping families move out of deep poverty, so they were more likely to be able to escape poverty in the future.

“A reversal of this employment success story will likely lead to many of those already experiencing poverty moving into deeper poverty.

“Supporting employment, especially for those on the lowest incomes, must remain a key priority of Government.”

However, the report also shows some positive developments.

The poverty rate for children and pension-age adults has plateaued after rising for three years, it found.

And the proportion of people in poverty who live in lone-parent or single-pensioner families has fallen from 24 per cent and 7 per cent respectively in 2000/01 to 17 per cent and 5 per cent.

A spokesman for the Department for Work and Pensions said: “We’re committed to supporting the most vulnerable in society and currently spend a record £95 billion a year on our safety net welfare system.

“We know some people are struggling in these unprecedented times and have injected over £6.5 billion into the welfare system, including increasing Universal Credit and Working Tax Credit by up to £1,040 a year as well as increasing Local Housing Allowance rates, rolling out income protection schemes, mortgage holidays and additional support for renters.

“This builds on action already taken to support low paid families such as raising the living wage, uplifting benefits by inflation and increasing work incentives.”