Last night on Question Time this heated argument erupted between a landlord – buying and doing up council housing and renting it out – and another audience member who accused him of adding to the problem of Margaret Thatcher’s right to buy your council home legacy. – A legacy which is generations homeless and in […] 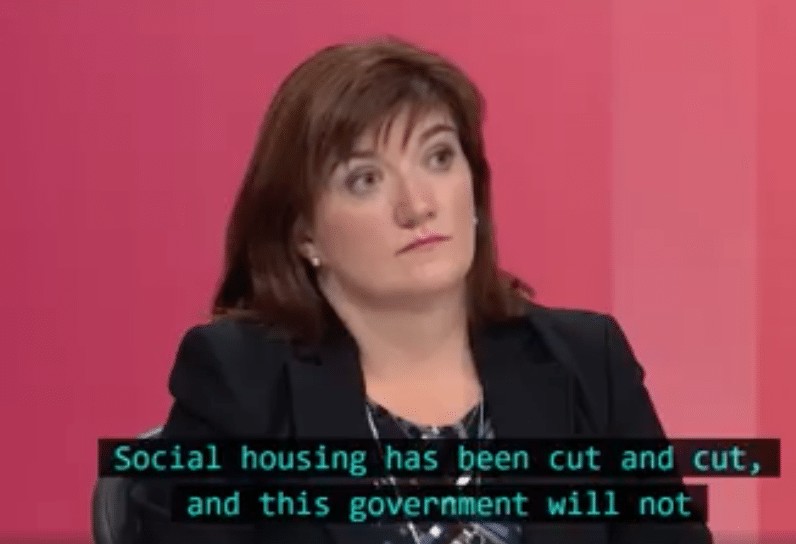 Last night on Question Time this heated argument erupted between a landlord – buying and doing up council housing and renting it out – and another audience member who accused him of adding to the problem of Margaret Thatcher’s right to buy your council home legacy.

– A legacy which is generations homeless and in temporary accommodation waiting for social housing – the vast majority of which is now in the hands of professional private landlords rather than the families that were housed by councils all over Britain.

And the one statistic that hit home, the shocking statistic that outraged Question Time’s audience member, was picked up on by Labour MP Rebecca Long-Bailey, a panellist on the BBC show.

“This Christmas 121,000 children won’t have a home,” said the Shadow Secretary of State for Business, Energy and Industrial Strategy. “Now that’s absolutely disgraceful.”

“We know that rough sleeping has doubled since 2010,” added the Salford and Eccles MP, “and at the same time we have the lowest level of house building since the 1920’s.”

Watch and comment below with where you stand on the debate – and what you think the solutions are:

Watch: Twitter employees film count down to being fired