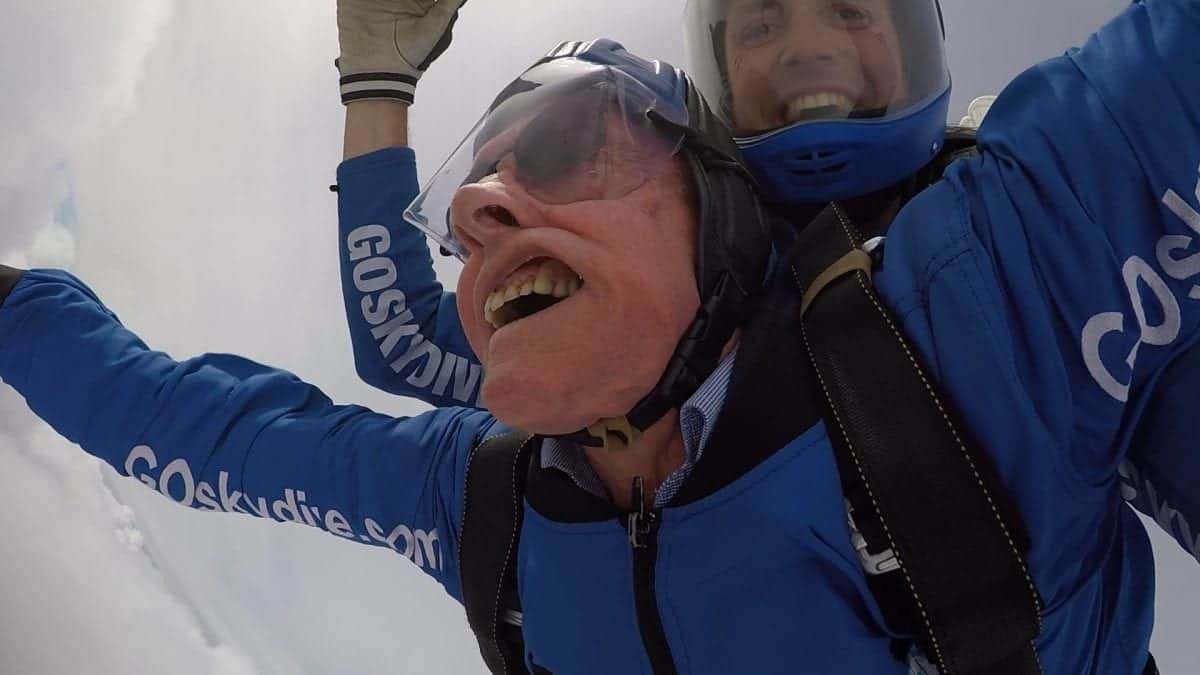 A World War Two veteran has taken his first sky dive in 74 years – since he parachuted into Normandy during the D-Day invasion.

Sprightly Harry Read, 94, jumped 10,000ft from the sky on Friday at The Old Sarum Airfield in Salisbury.

The energetic great-great grandfather used the event to fundraise for The Salvation Army’s Anti Trafficking and Modern Slavery work. 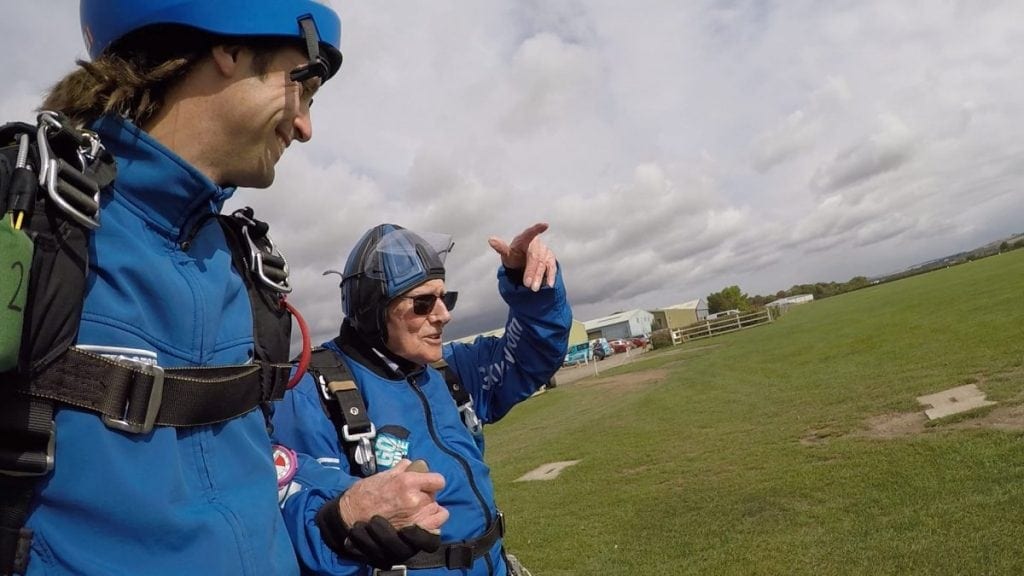 Asked how he felt about the jump Harry said: “I’m bursting with life and vitality!”

Harry was inspired after visiting the Normandy battlefields on an anniversary tour earlier this year he was inspired to look into one for himself.

As a 20-year-old Wireless Operator in World War Two Harry was part of the Parachute Brigade landing in Normandy early on 6 June.

To avoid attack during war time parachuting would take place as close to the ground as possible.

Harry from Bournemouth explained: “On that morning at 00.50 hours I parachuted into Normandy and 30 seconds later I was on the ground. It was a very different experience to the one I just had. 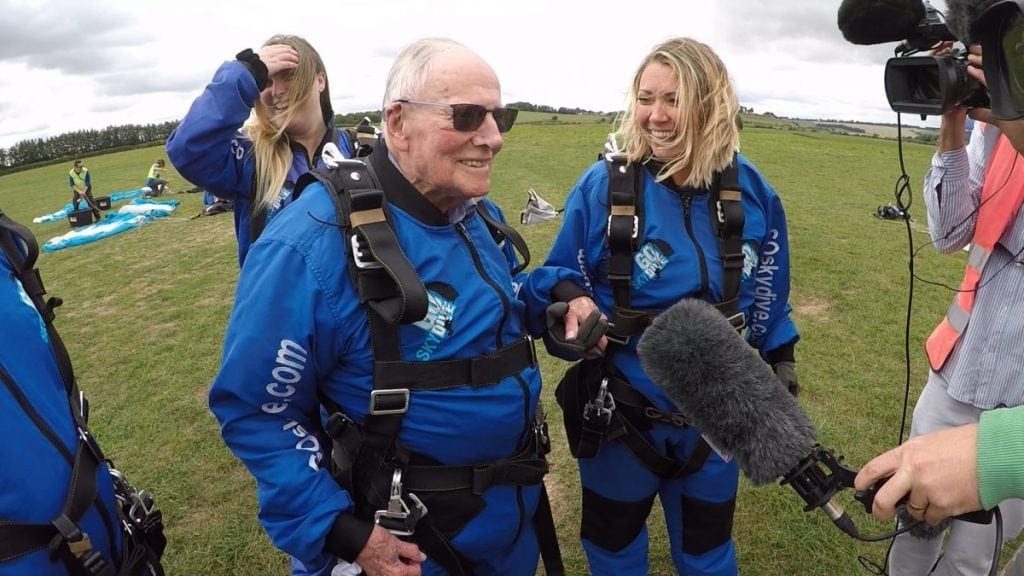 “This was my first high level skydive and whilst I was a little nervous I have always enjoyed the thrill of parachuting.

“It was amazing to experience the freefall and then cruising down was simply beautiful.

“I feel so lucky to have been able to experience this at my age.

“Before I could take part in the jump my doctor assured me my heart is as healthy as a middle aged man”.

He plans to take part in a possible skydive next June as part of the 75th anniversary of D-Day.

Harry explains his drive for taking part in the skydive is about his sense of faith overpowering his common sense.

He says: “At whatever age we are, we are more than capable of shrinking from something that we feel is beyond us. 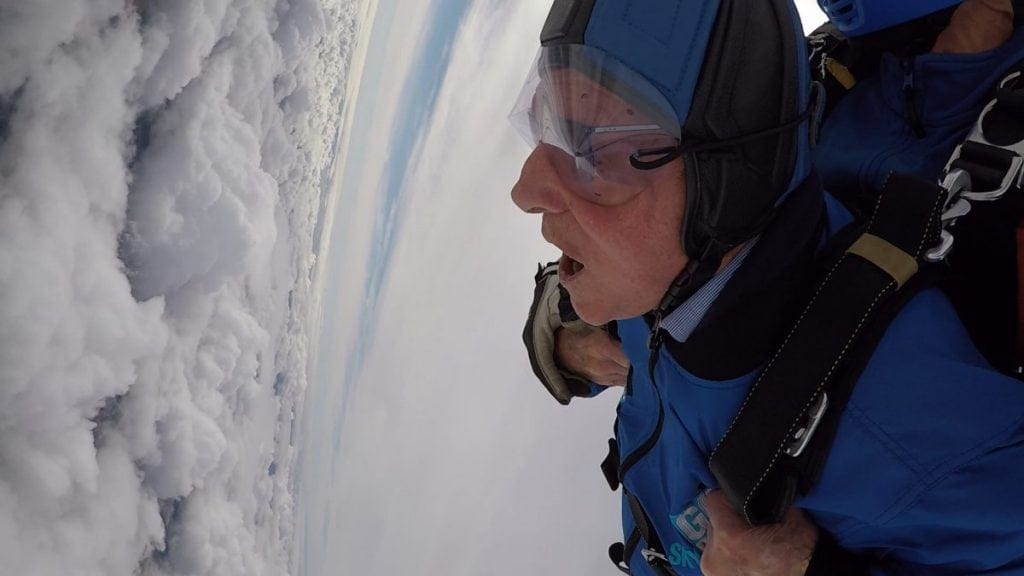 “But, I believe we should not withdraw from a challenge – yesterday is not our best, our best is tomorrow.

“I look forward to the chance to jump again next year in Normandy.”

Harry has already raised over £3,500 which will go to The Salvation Army’s Anti Trafficking and Modern Slavery Unit. 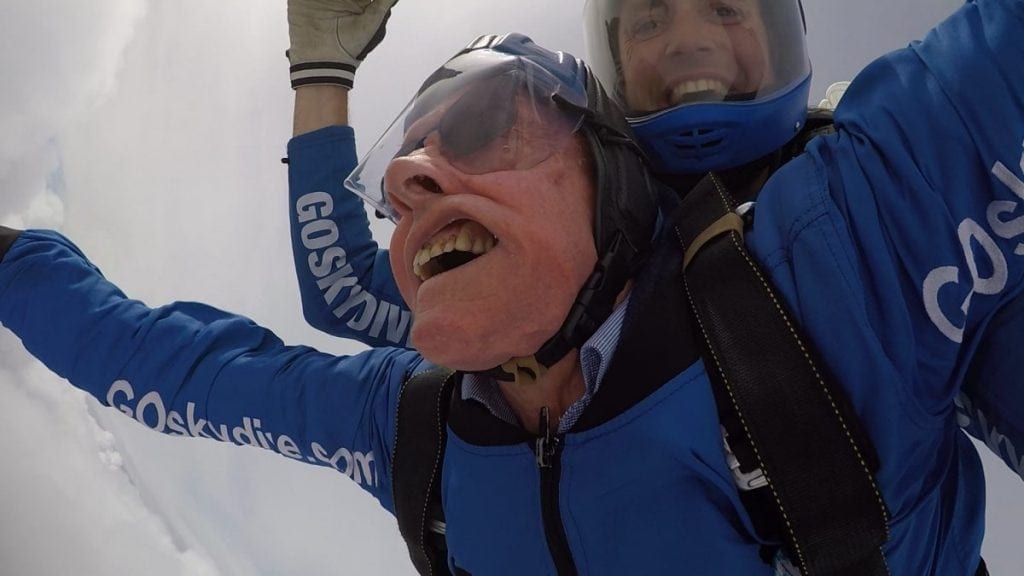 Mr Read said: “It’d surprise our western world that trafficking is so rife here, that young women can be trafficked, our society always thought we were clear of this sort of thing, but it happens to men as well as women.

“It’s practically on our doorstep, and well, we ought to be doing something very special for it.”

Harry took part in the jump along with members of his family; his grand-daughters Lianne, 37, and Joanna, 39, and his great-grandson Josh, 23. 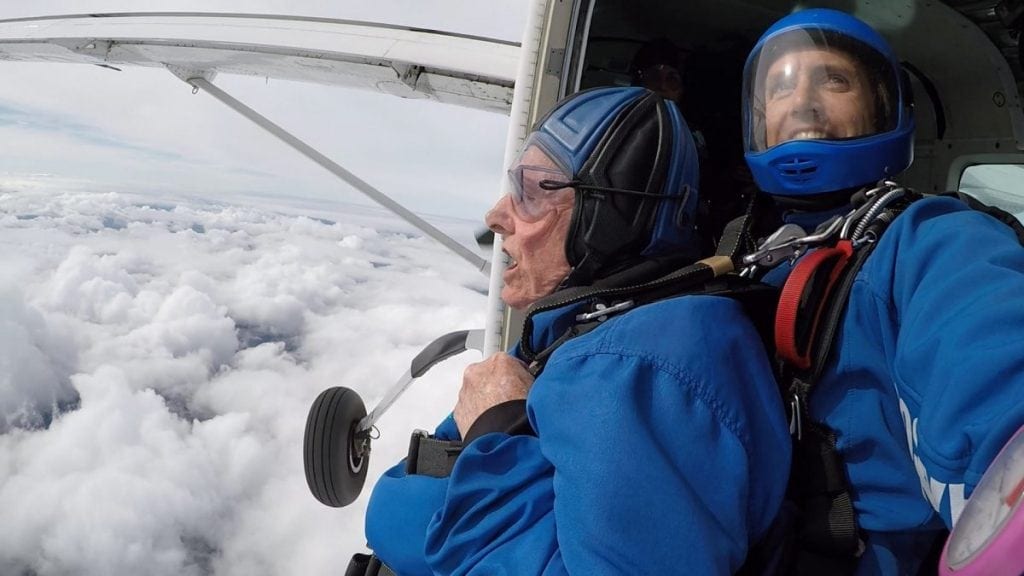 You can support Harry’s skydive from his JustGiving page here https://www.justgiving.com/fundraising/harry-read