A heroic singleton talked a suicidal man out of jumping off a bridge – while on a FIRST DATE. Michelle Tock, 40, was enjoying a romantic stroll with a potential boyfriend when she spotted a man clinging to the railings of the 500ft-high Humber Bridge. She calmly engaged the man in conversation and kept him […] 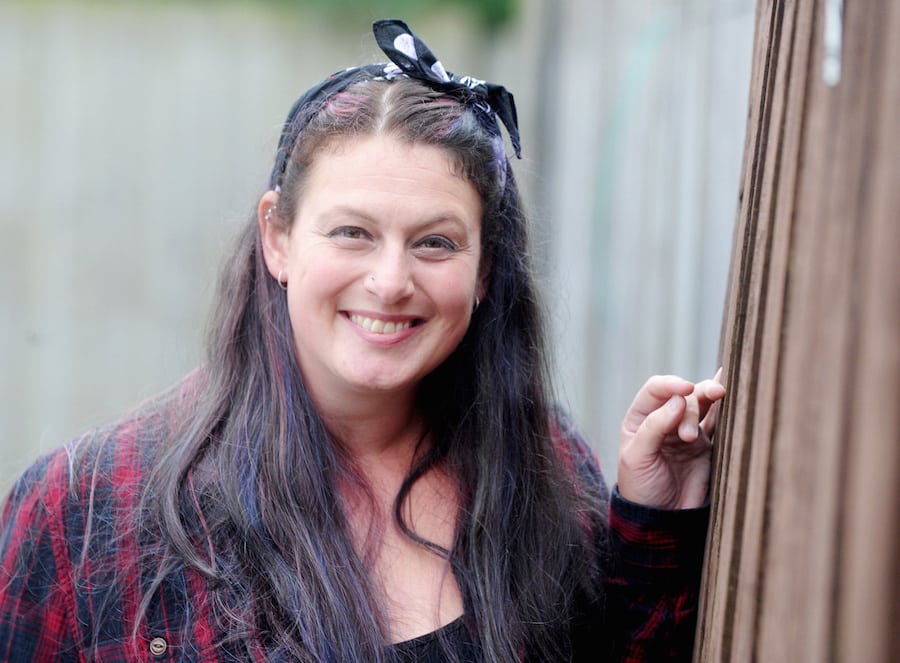 A heroic singleton talked a suicidal man out of jumping off a bridge – while on a FIRST DATE.

Michelle Tock, 40, was enjoying a romantic stroll with a potential boyfriend when she spotted a man clinging to the railings of the 500ft-high Humber Bridge.

She calmly engaged the man in conversation and kept him talking while her date discreetly dialled 999.

They stayed with him for 35 minutes until officers arrived and talked him down from the precipice.

But despite their excellent team work, romance did not blossom and the pair decided to remain friends after a couple more dates.

Michelle said: “Instinct kicked in and I’m glad we noticed him and saw he was there.

“He obviously was in a very distressed state and I hope he’s managed to get some help after this to get him back on his feet.”

The incident happened as Michelle and her date – who wishes to remain anonymous – took in the views of Humber Bridge Country Park.

They realised a man was clinging to the wrong side of the railings and rushed over to engage him in conversation.

Michelle said: “We noticed the man on the bridge – but did not know at first if it was anything serious or not.

“We quickly realised what to say to calm him down, it was instinct really.

She says at one point the man jumped back over the railings and ran out in front of traffic on the bridge and a lorry nearly hit him – but the driver stopped just in time.

When officers arrived they waited at the end of the bridge to avoid spooking the man while Michelle carried on talking to him.

Michelle and her companion only dates a couple more times after their rescue – but decided to just stay friends.

She said: “It didn’t work out and we decided to be friends, but we know at least we can work well together in a crisis if we needed to.”

The pair will both be recognised at Humberside Police Chief Constable’s Commendation Awards on Tuesday (25/07) evening.

Humberside Police Chief Constable Lee Freeman said: “There is no doubt that the 35 minutes Michelle spent with the man prevented him from taking his own life.

“This was above and beyond the normal actions of two people and is deserving of our recognition.”