A legal secretary lost almost six stone and claims she looks a decade younger thanks to a diet which sees her eat 95 per cent FRUIT. Fresh-faced Rebecca Rosenberg also says she has banished her lifelong acne problem and cured herself of MS since becoming a fruitarian. The 33-year-old munches on ten peaches, oranges or […]

by Clair Hart
in Food and Drink, Health, Must Reads 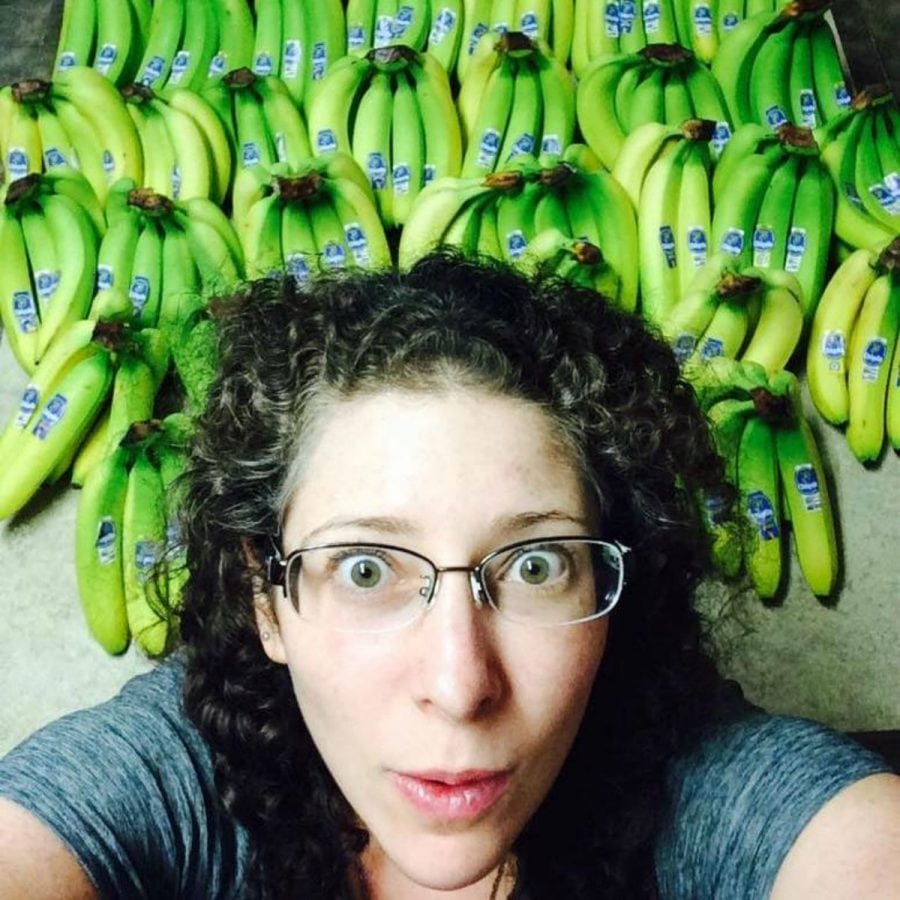 A legal secretary lost almost six stone and claims she looks a decade younger thanks to a diet which sees her eat 95 per cent FRUIT.

Fresh-faced Rebecca Rosenberg also says she has banished her lifelong acne problem and cured herself of MS since becoming a fruitarian.

The 33-year-old munches on ten peaches, oranges or apples, a family-size bag of grapes or an entire watermelon in a single sitting.

She guzzles 1.5 gallon smoothies, devours ginormous salads and gets through a whopping 120 bananas in a typical week, all washed down with lemon water.

None of the food is cooked, seasoned or heated and the only things Rebecca eats that aren’t fruit are lettuce and herbs – the other five per cent of her diet.

She had to sacrifice hot meals, dining in restaurants and her former favorite miso soup, but Rebecca claims becoming a fruitarian has left her healthier and happier than ever.

She claims it cured her of MS and she no longer takes pills for medical conditions she battled before, including depression, thyroid inflammation and high blood pressure.

Rebecca, of Austin, Texas, said: “I felt like a zombie before and now I feel fantastic.

“I used to think people who ate this diet were insane but I took the gamble and it paid off.

“I was a vegan for nearly six years but it is difficult to be a healthy vegan because there are so many meat alternatives and processed foods. It didn’t cut it for me.

“When I first transitioned to fruitarianism it was very difficult to get away from cravings for cooked food but within a few weeks I felt cleaner, so I committed to it.

“Now I’m living completely without disease when doctors said I would be battling MS for the rest of my life and I have no need for medication. 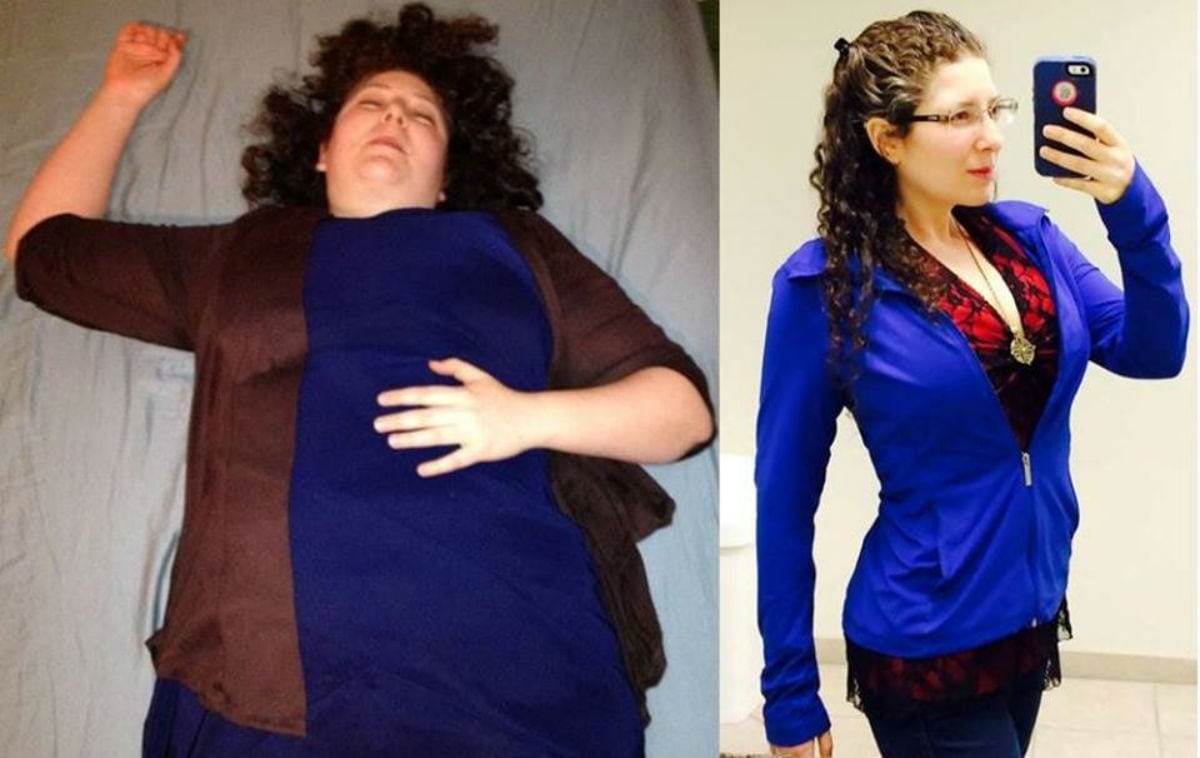 “I was morbidly obese before and I ended up losing 80lbs, but I don’t look skinny or emaciated. I’m healthy.

“I feel very confident now in my body and I look a decade younger. I definitely looked older than 33 before but now I can pass for early twenties and I get asked for ID.

“I suffered from chronic acne all my life and I had pimples all over my arms and back but it has completely got rid of that.

“I also feel alert and energised. I’m so much happier.”

Desperate to feel better and concerned about animal cruelty, Rebecca became a vegetarian in 2003 aged 19 and then, in her mid twenties, a vegan.

But it wasn’t until 2014 when she diagnosed with multiple sclerosis, a debilitating autoimmune disease, that she turned to fruitarianism.

She said: “I woke up in hospital one morning and the left side of my body, from my neck down, didn’t connect to my brain.

“I couldn’t use my arm or leg. It was terrifying.”

Doctors told Rebecca she would need to take painful injections every day to reduce the risk of further episodes and said there was no treatment.

But she refused to accept her fate and began researching alternative remedies.

She said: “I had heard about these crazy insane people who were raw vegans and I thought there was something wrong with them mentally.

“The more I read the more I heard about people curing diseases and that stuck in my mind. I felt doomed and decided I didn’t have anything to lose.

In October 2014, Rebecca – whose partner, IT professional Cory Grabenstein, 34, is vegan – became a fruitarian. 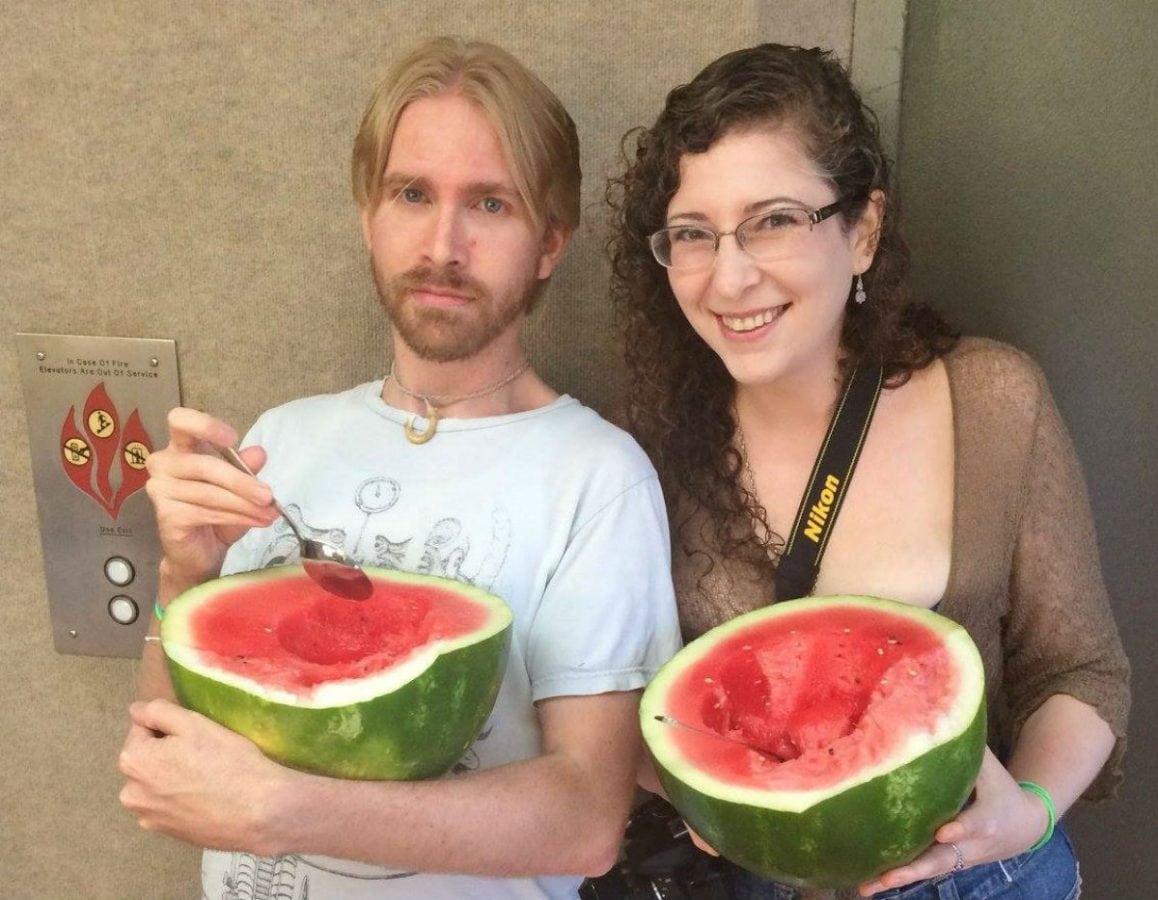 She said the first few weeks of the detox made her sick and she craved hot meals but she quickly began feeling more more energetic and regained use of her left side.

Over the course of the first 18 months she also shed an incredible 80lbs and was left feeling better than ever.

But best of all, she says she has practically cured herself of MS and hasn’t suffered a single episode since overhauling her diet.

Rebecca added: “The longer I live like this, things just keep getting better.

“It has completely turned my life around. I feel like I’m living for the first time.”

Breakfast – 10 pieces of fruit, eg. banana, mangoes, oranges, peaches, etc or a bag of grapes
Lunch – 10 pieces of fruit as above
Dinner – extra large salad of greens and non-sweet fruits like cucumber, tomato, and peppers with dressing made from blended raw produce