Ellie Edwards said she feels "blessed" to be alive after she stunned medics who broke NHS protocol to perform a risky procedure to remove a clot in her brain. 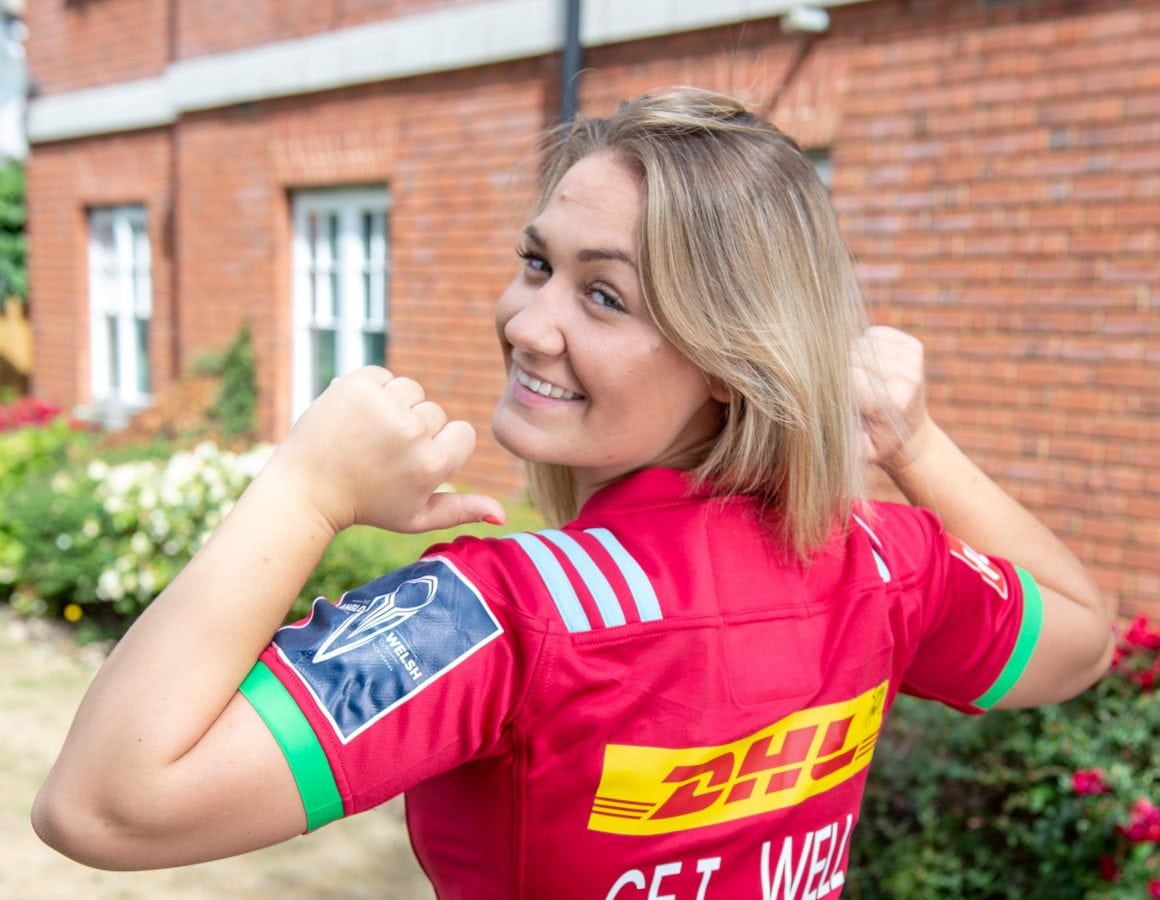 A young woman who was given a 50/50 chance of death or paralysis after a massive stroke has stunned medics – and made a miraculous full recovery.

Ellie Edwards said she feels “blessed” to be alive after she stunned medics who broke NHS protocol to perform a risky procedure to remove a clot in her brain.

The super-fit youngster had a massive stroke February, just before her 22nd birthday, which left her fighting for her life.

But now, less than six months later, Ellie is fighting fit after surgeons performed a risky operation to remove the clot in her brain.

The former back row from Surbiton, south west London, said: “I feel blessed, will forever be grateful to the surgeon for giving me a chance to live. 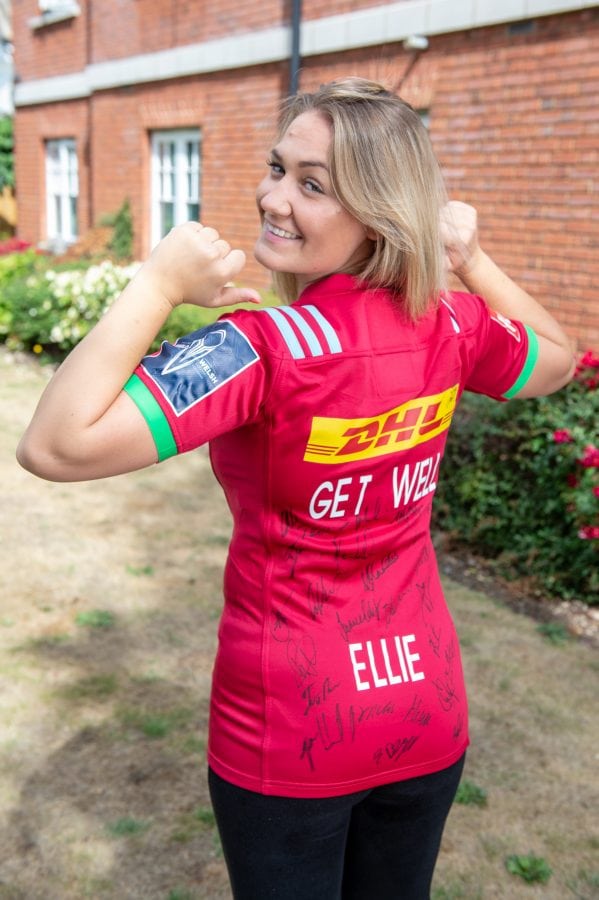 “They shouldn’t have performed the operation because it was more than five hours after my stroke but the doctor thought I might pull through because of my age so they gave it a try.

“I suffered a cardiac arrest from an anaphylactic reaction during one of the tests on my heart a month after my stoke too so can’t quite believe I’m still here.”

Telling of the moment she fell ill, she said: “I was collecting my shopping and all of a sudden I felt really dizzy. I knew something wasn’t right straight away.

“I just couldn’t see properly. I dropped my basket and tried to get away because I was too embarrassed to ask for help.”

She called her housemates to take her home and they called for an ambulance after one – who was a physiotherapist – carried out tests on her.

Ellie spent eight hours at West Middlesex Hospital before the clot was found and she was transferred to the specialist stroke unit at St George’s Hospital in London.

She said: “Over the eight hours I deteriorated completely. 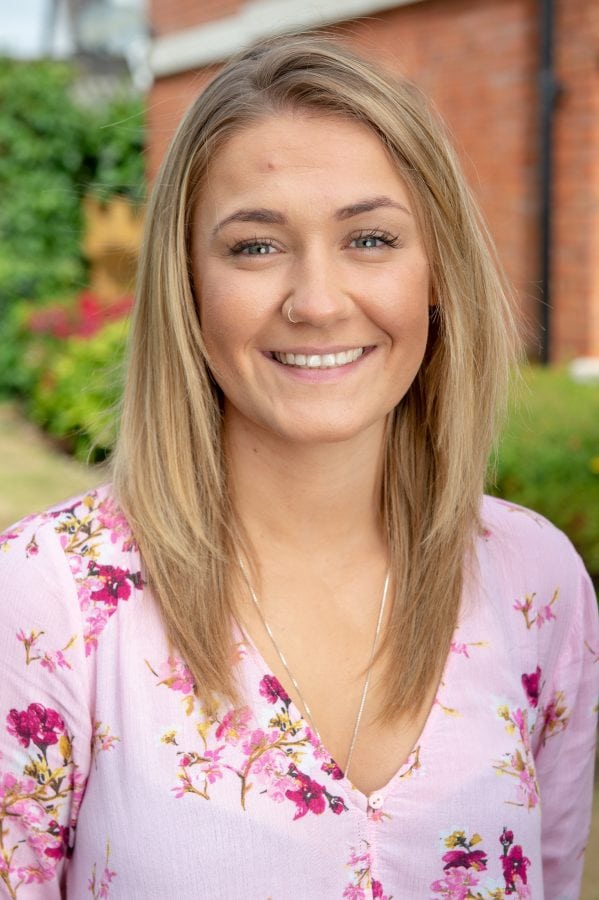 “I couldn’t speak – basically I was paralysed, I couldn’t even swallow.

“I remember going straight to St George’s and being taken straight under for the operation.”

Ellie, who lived in Twickenham in south west London at the time, said: “Because I was playing rugby I thought I may be dehydrated or was having a concussion.

“I was a healthy, young 21-year-old. I had no health problems and there was nothing in my family.

“The hospital people and my consultant said to me that it happens to a lot of young people but for 60 per cent of them they don’t find out what the cause is.”

Speaking of her scariest moment before the undergoing an emergency thrombectomy – where surgeons remove the clot with a thin wire inserted into an artery in the groin.

Ellie said: “It was probably the fact that when my dad travelled all the way from Wales that night and I thought all my family are around me.

“Apparently they got told by the operating theatre man that I had a 50:50 chance of living after this operation.

“I’ve always been quite a calm and collected person but obviously playing rugby you have to keep cool under pressure and it could have helped.

“The operation was successful and I remember waking up the next day. 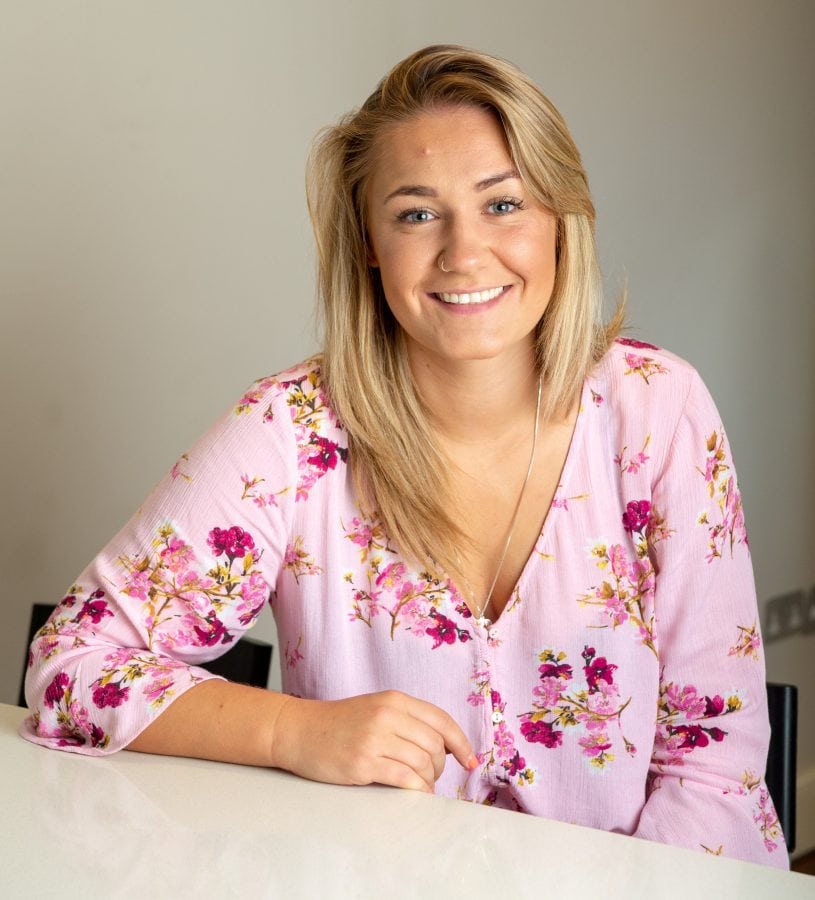 “The first thing I said when I woke up was, ‘I feel really tired’ and I saw them all breath a sigh of relief and I think my dad went off crying and it was a really nice moment to have everyone around me.”

She was discharged from St George’s after being admitted to its intensive care unit for two days and spending five further days recovering in its stroke ward.

She said: “I had some really good care.

“I was probably the youngest person in that ward but I was quite lucky because they gave me my own room.

“I was quite fragile, I could walk but I still had weakness in my left side, I had to wear an ankle brace for when I was walking.

“My left hand – my dexterity was really poor.

“I had quite bad double vision when I came out of hospital, that was probably the longest thing to get better and they weren’t sure if it would get better.”

After two months of rehabilitation, Ellie has returned to work at The Harlequins Foundation at Twickenham Stoop Stadium and hopes to become a rugby coach.

Ellie, who moved from Newport, Wales, to study at the University of Roehampton in London four years ago, said she has quit playing rugby to “give her body a bit of a break” as medics continue to investigate what caused her stroke. 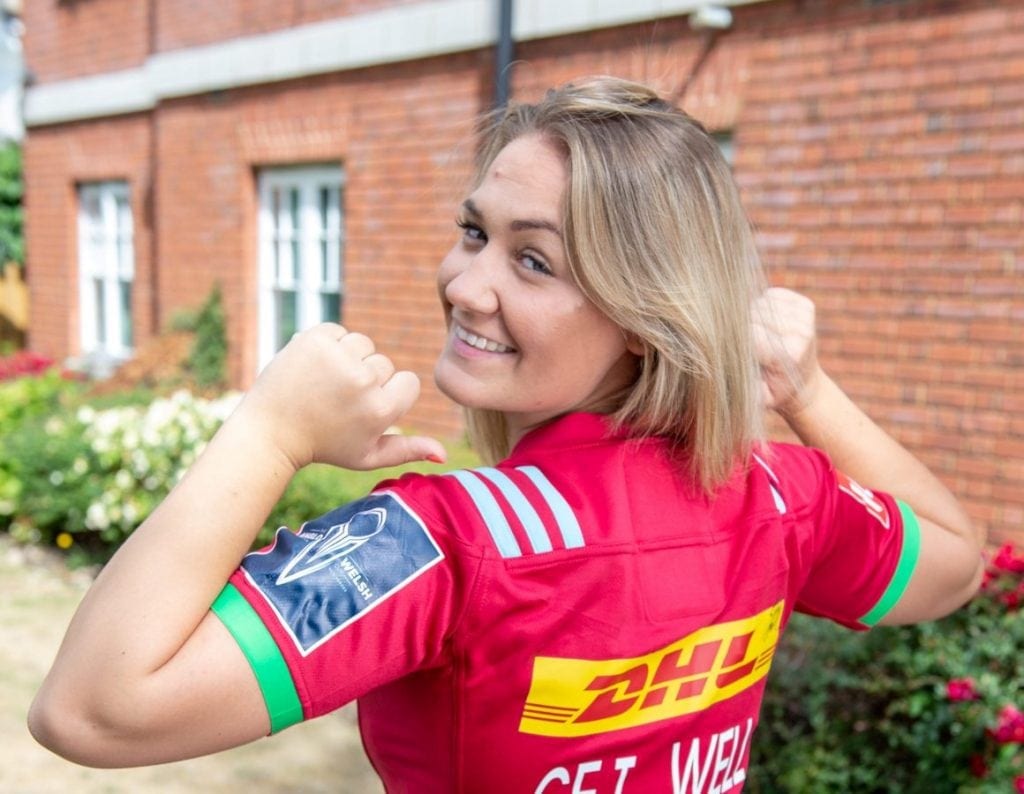 She added: “It’s completely back to normal now – I would say I’m 100 per cent physically recovered.

“There was no dramatic change, I thought I should give my body a bit of a break and I wanted to do coaching anyway.

“I’m still a very good fan of rugby and I support Barnes Ladies as much as I can and I’ve started to coach for them as well.

“I would really like to get some summer coaching qualifications and try to pursue that as well.”